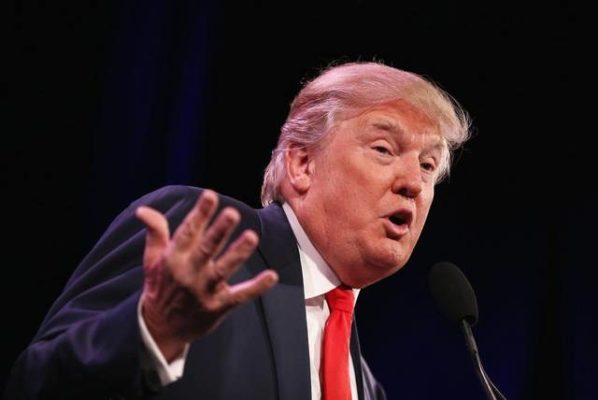 Top tech firms in America have, for the first time, come together to form a colony and a stronghold in a bid to go all out against Donald Trump’s Immigration plan – which bans certain people from selected regions (mainly Muslims) from entering the United States of America.

It would be recalled that Trumps had been an advocate of the ban on supposedly “illegal” immigrants right even before the election. Speaking during some of his organised campaigns, he was caught on camera severally calling for the “total and complete shutdown of Muslims entering the United States. It is also not news that there were several protests held by both Muslims and non-Muslims across several Airport in the United States. The reason for protest?, Muslims were denied entry into the country on Trump’s orders.

The ban was however suspended when a federal judge in Seattle halted the immigration ban after Minnesota and Washington Attorneys and also, a group of former high-level government officials which includes former Secretaries of State John Kerry and Madeleine Albright filed against Trump’s executive orders. The Trump administration have appealed the case to the 9th Circuit and will be ruled upon soon.

Now, in a separate lawsuit filed against Trump’s Immigration ban, 97 tech companies, including top dogs from the tech industries like Google, Apple, Microsoft and Facebook all came together to go full force against Trump – 97 intelligent and smart-ass heads you would agree is way too better than an “old” and tiring one. “The ban inflicts significant harm on American business and as well inhibits growth and hurts both their employees and their customers.”, says the companies as they filled the

“Skilled individuals will not wish to immigrate to the country if they may be cut off without warning from their spouses, grandparents, relatives, and friends — they will not pull up roots, incur significant economic risk, and subject their family to considerable uncertainty to immigrate to the United States in the face of this instability,” the companies continued.

It is worthy of note that before the legal brief by these tech companies, Uber CEO, Travis Kalanick dropped out of Trump’s business advisory council on Thursday, citing the ban as a reason for his action.

In a memo written to employees, Kalanick wrote; “The executive order is hurting many people in communities all across America. Families are being separated, people are stranded overseas, and there’s a growing fear the U.S. is no longer a place that welcomes immigrants.”

Check out the 97 tech companies that have their hands on deck in the signed brief: