Alcatel Avalon V is one of the latest phones arriving from the stable of Alcatel and solely produced for that company. This phone has been released in the month of April 2019. It doesn’t have much of a sophistication to it because it even doesn’t look like some top-end smartphones of today but for those not asking too much when it comes to buying and using mobile phones, this mobile device is the one.

Alcatel Avalon V is a plastic mobile device. Dimensions are 69.3 x 148.1 x 9.4 mm and it weighs 155 grams. It does not come with a waterproof technology and the good thing is that fingerprint is found in the mobile device.

The display shows that it is TN capacitive touchscreen type. It is able to project 16 million colors for display purposes such as movies and games. Also, the size of the screen is 5.34 inches, the screen resolution is found to be 480 x 960 pixels which could be made better by getting a facelift. There is also 201 ppi density. However, we cannot tell if it has multi-touch capacity up to 10 fingers.

Alcatel Avalon V comes with two cameras only. There are no flexing here as the camera to the rear is 5.04 MP. Further, it comes with image resolutions of 2592 x 1944 pixels, while the video resolution is 1920 x 720 pixels. Other notable features include LED flash, HDR, panorama and others. The selfie camera is 1.92 MP.

Also, Alcatel Avalon V does good with an operating system of Android v8.1 Oreo coming on a modified user interface, probably, this will be the only. At the performance side there is ARM Cortex A53, 1400 MHz, Cores- 4 and the GPU is Qualcomm Adreno 308, 500 MHz. Trust that all these makes the phone to operate better. 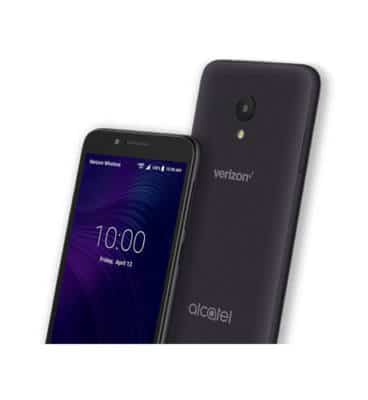 The smartphone arrives with 2GB of RAM. There is no way the user can increase this space. The good thing is that the internal storage of 16GB can be boosted externally with a microSD card with a dedicated card slot. There are four sensors in the device and they include proximity, accelerometer, and ambient light.

Of course, Alcatel Avalon V is truly a 4G Android phone. At the height of LTE operation, this smartphone manages great speeds. The phone operates with 2G, 3G, and 4G and that means it has GSM, HSPA, and LTE simultaneously. Edge, GPRS, and other components make the phone a winner on network and connectivity. There are also components like Wi-Fi, hotspot, Bluetooth, GPS, A-GPS, USB 2.0, audio jack, and other features.

Powering the Alcatel Avalon V is a removable Li-Po 2460 mAh battery. The mobile device has no wireless charging and no fast charging supports whatsoever. The talk time and standby times are not specified.

Officially, the price of Alcatel Avalon V smartphone is approximately $79.99.  However, this price is not confirmed as the only price at which it is sold online. Having been released, you can find the phone now in smartphone shops both online and offline.

Where to Buy Alcatel Phones Cheap