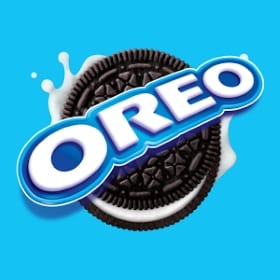 While it still feels like the Android N (Nougat) was just released yesterday, Google’s Senior Vice President (SVP) of Android, Chrome OS and Google Play have hinted that the next version of Android OS from Google, Android O could be code-named “Android Oreo”.

And for knowledge sake, Oreo is a sandwich cookie consisting of two chocolate wafers with a sweet creme filling in between, and (as of 1974) are marketed as “Chocolate Sandwich Cookies” on the package in which they are held. The version currently sold in the United States is made by the Nabisco division of Mondelēz International. Oreo has become the best-selling cookie in the United States since its introduction in 1912 (Wikipedia)

According to the GIF animation tweeted by Google’s senior vice president of Android, Chrome OS and Google Play, Hiroshi Lockheimer, the arrow point to the spot that suggests that “Android Oreo” could be the next OS from after the Android Nougat.

Making reference back to past happenings, one would notice that this is not the first time Lockheimer will take to Twitter in similar fashion to hint about yet-to-be-released Android OS version.

However according to PhoneArena, we have been advised to take the hint with a pinch of salt.

“Keep in mind that Lockheimer has “leaked” some names that didn’t make it to the official release for one reason or another. Also, internal development names and final release names offer differ. So, do take the tweet with a grain of salt.”, PhoneArena said.

Lockheimer, on the 12th day of February this year, posted a picture of a “Pocky Chocolate Cream Covered Biscuit Sticks” with a “#2018” caption. Well, you guess right. He’s probably suggesting that “Android Pocky” will be Android P.

Well, we can surely wait till Android O & P are officially released or close to being released before churning out a piece of worry to these developments.