Ten years ago, the very first Apple iPhone came to market, which changed what we see as a smartphone. On this occasion, we look at all generations of Apple iPhones, from the very beginning to the present. Forget about how Apple is upgrading or creating new generations according to the same recipe? 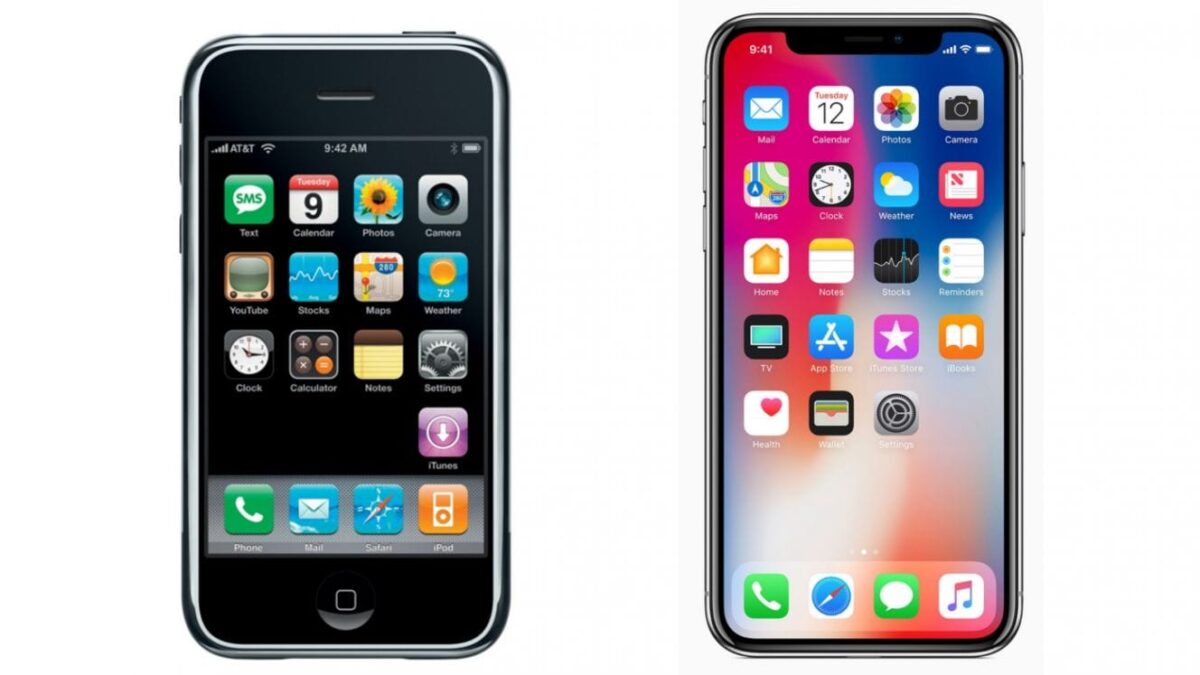 Written on January 9, 2007, Steve Jobs presented the first iPhone at MacWorld. The world was overwhelmed, and there was nothing to be wondered about. The smartphones were ugly; they operated with a stylus, they had a physical keyboard that took up half of the device and ran on the most sophisticated operating system. The first iPhone went from the very opposite end. The whole system only operated with fingers and worked intuitively. Today it looks funny as people started and gasped as Steve Jobs showed the touchscreen. But then it was a revolutionary product that kicked the smartphone market and pulled Apple to the top.

Five hundred dollars for the phone? It may well be sold, maybe not. We have our strategy; we have great Windows Mobile devices on the market. 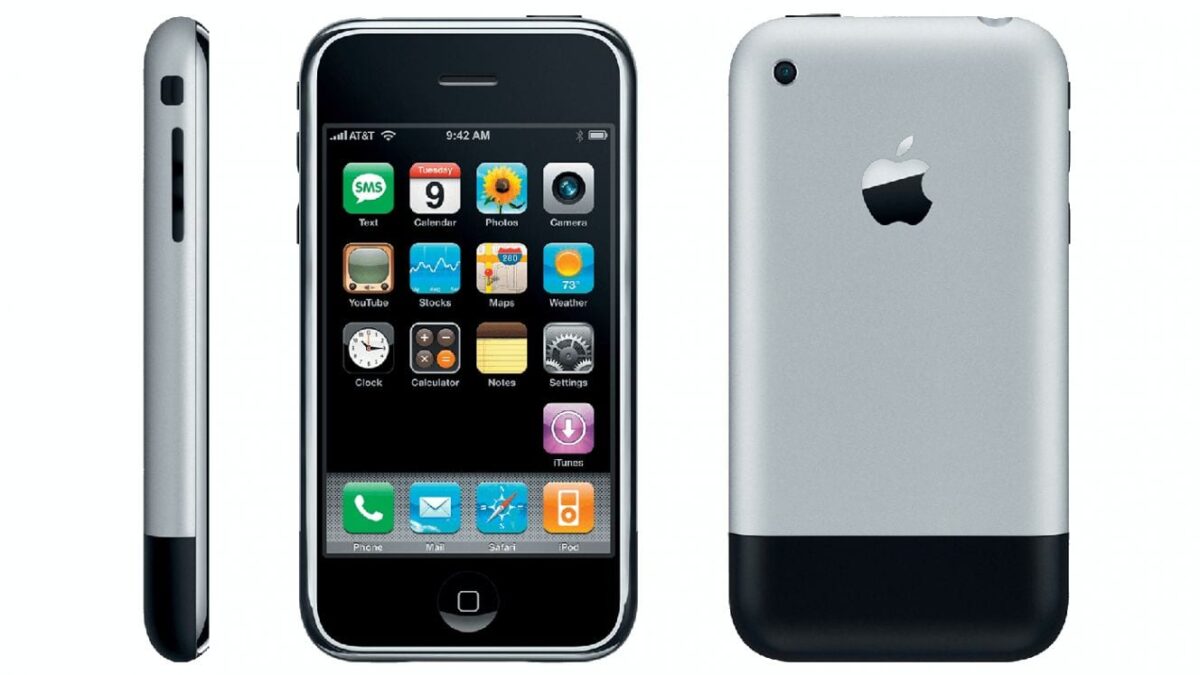 No, the iPhone 2G was not perfect, and right when he was right, he was criticized for a few things. The first was the absence of 3G network support. With the Internet, iPhone 2G knew how to connect only via EDGE. The two-megapixel camera did not know how to shoot a video. The headphone jack was also unusual, and some earphones did not work with the phone.

Apple has resolved most of the criticized things with the next generation, iPhone 3G. The name suggests that iPhone finally knew how to connect to a faster 3G network. But with the iPhone 3G, iPhone OS 2 has been the iPhone. 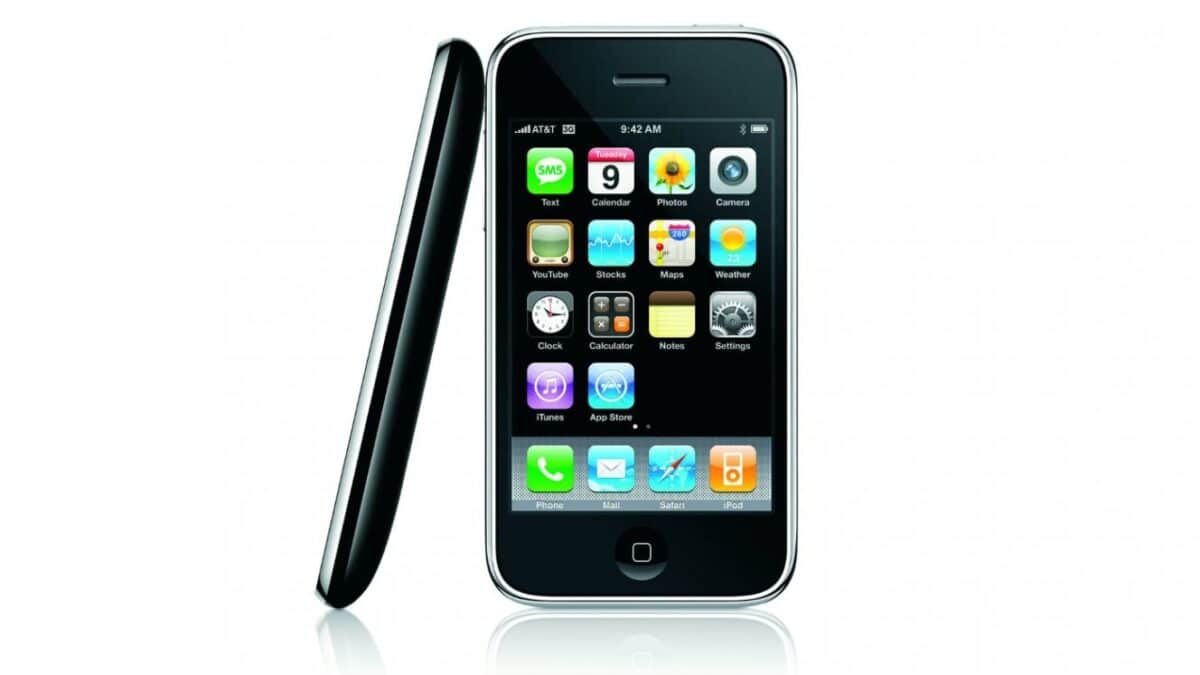 The metal body was replaced by plastic that was available in black and white. The plastic body, though, was transmitting the signal better but was more prone to scratches and cracks. Both the hardware and the camera were almost identical to the iPhone 2G. With technology shifting, Apple was waiting for the next generation. For us, however, it was the most important thing that iPhone finally came to our market.

In 2009 came the iPhone 3GS, which was an insight into the discovery of its predecessor. The letter “S” was named in the title as “speed”, that is, speed, and not just marketing. Compared to 3G, the iPhone 3GS was twice as fast, and the 3-megapixel camera was finally able to shoot video as well. Voice control, digital compass and banalities such as copy and paste input came as well.

The fourth generation of a chopper phone brought a whole new design and great hardware, but a scandal accompanied the release. The iPhone 4 was this time covered in front and back with a glass that was bordered by a metal frame. The problem arose right out of the box because holding the iPhone in hand covers the antennas and lost the signal. Apple scrambled this scandal by handing out packaging that removed the problem. 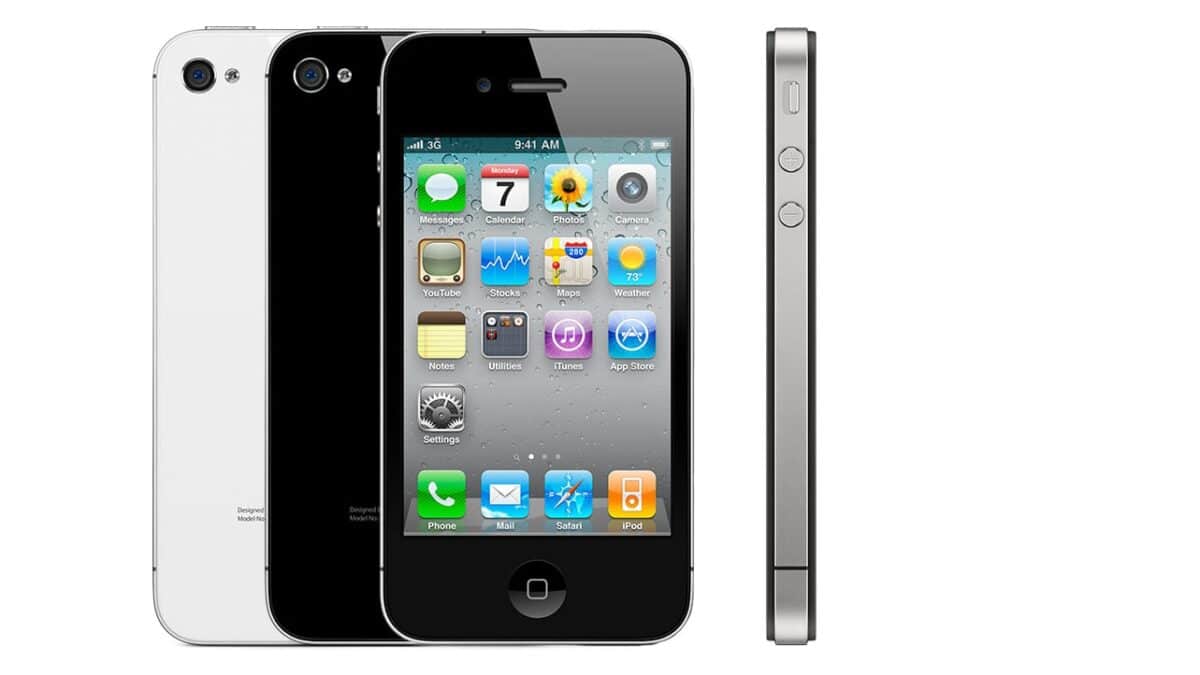 But the iPhone 4 was deliberately prominent; the new 960 x 640-pixel screen was the finest on the market. The shift also occurred in the camera, which was 5-megapixel with a f/2.8 aperture, and finally, the flash came. The video spun the iPhone in the 720p resolution, which was unprecedented for that time. There was a front camera that used to make video calls via FaceTime.

It has become a tradition that the “S” generation of iPhones will dedicate their design to their predecessor. So it was with the iPhone 4S, but S did not indicate speed (although it occurred to it) but referred to Siri’s new voice assistant. Inside the iPhone 4S was the Apple A5 processor, the camera was upgraded to 8 megapixels and managed 1080p video. With iOS 5, ICloud, iMessage and Notification Center also came with 4S.

Another iPhone finally brought a larger screen that stretched from 3.5 inches to 4 inches. The new A6 processor was a bit quicker, added LTE support, and Apple left a slow and outdated 30-pin port and replaced it with a Lightning plug. iPhone 5 was running iOS 6, which left Google Maps so far and brought Apple Maps. However, their release was publicly criticized because the maps contained errors, navigation often did not work properly, and had fewer features than Google Maps. 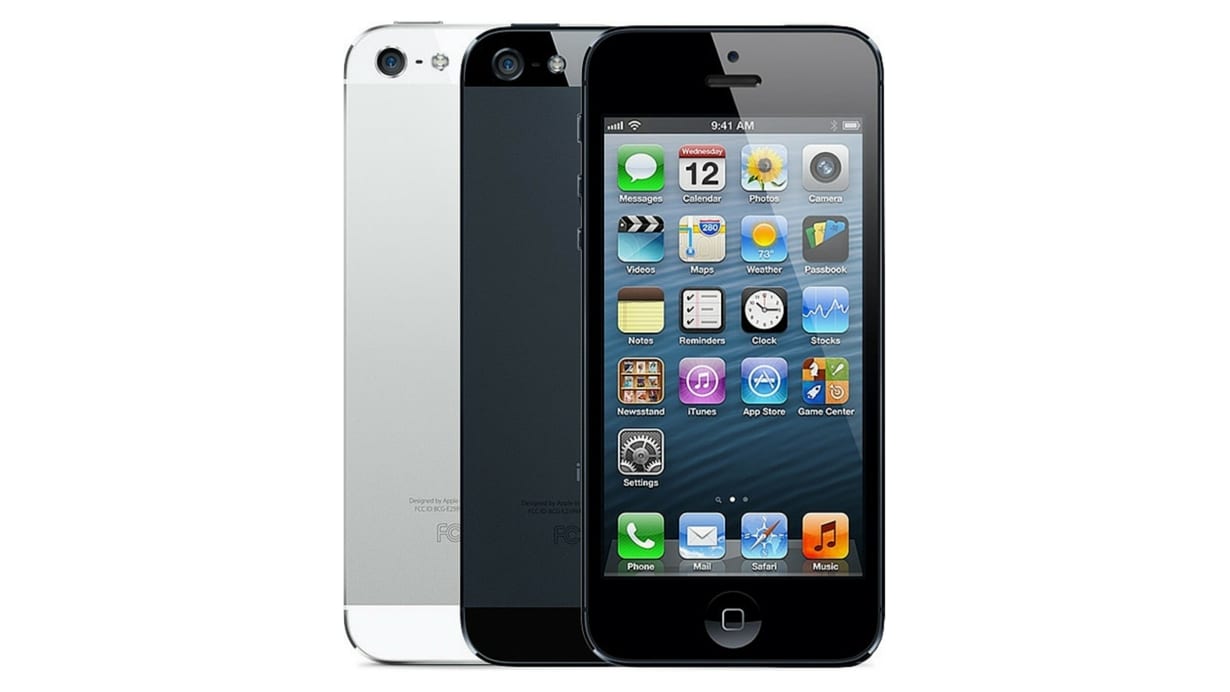 The iPhone is the iPhone 5C, which Apple introduced with iPhone 5S. Hardware has leased to last year’s iPhone 5, and instead of a metal body, it was embedded in plaster. Despite cheerful colour versions and lower prices, it has not gained popularity. 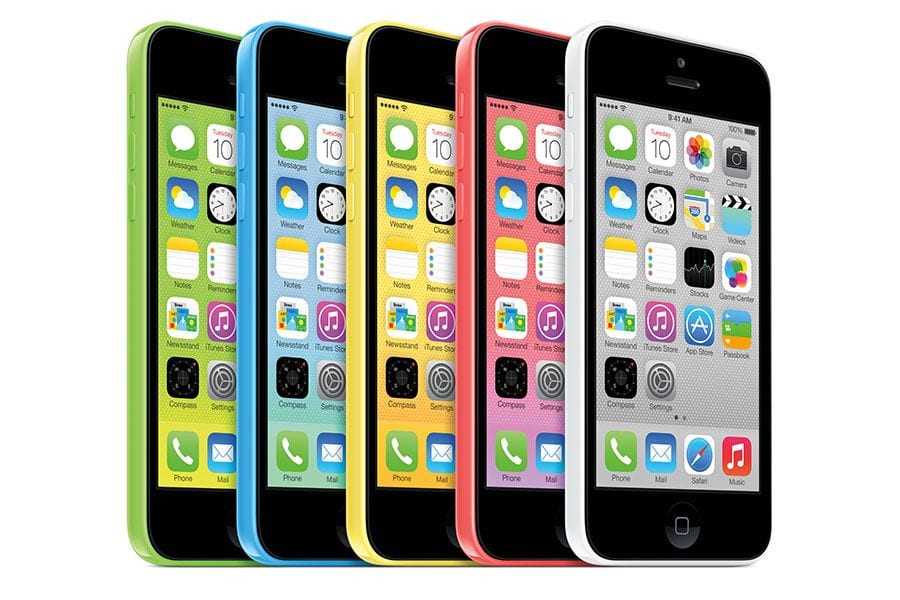 On the other hand, the iPhone 5S was sold three times better, despite the fact that the design was inherited from previous year’s iPhone 5. But it did not matter to distinguish it from the iPhone 5 thanks to a new home button that contained a fingerprint reader, a Touch ID. The new Apple A7 processor was the first 64-bit processor on the phones, and the iPhones’ speed was shifting again.

With these two models, the iOS 7 has also come, leaving a serious design and bringing a flat design full of colors. There was also AirDrop wireless transmission, CarPlay and a control center that allowed you to quickly access some settings.

Apple breached Steve Jobs’s belief in the ideal display size for the second time, and the new iPhone brought an even larger 4.7-inch or 5.5-inch display. The retina display received a new resolution of 1334 x 750 pixels in iPhone 6 and 1920 x 1080 pixels in the iPhone 6 Plus. The new A8 processor was 25% faster, and RAM increased to 1GB. With this generation, the so-called bendgate is associated. This was a problem with the construction that allowed the phone to bend easily at one point.

Re-inherited design and better hardware. This would describe the iPhone 6S and 6S Plus in a nutshell. With this generation, the iPhone has gained new functionality and 3D Touch. Some system components respond to stronger display presses, for example, enabling enhanced options or previewing of content. Improved fingerprint reader Touch ID, which is significantly faster in the second generation.

Apple has unusually recycled the design for the third time in a row. Unlike small details, the body is almost identical to iPhone 6 and 6S. However, the new “Jet Black” colour, which is extremely prone to scratches, was also added by Apple. This is not the most controversial part of the phone.

The most disturbing thing was to remove the headphone jack. Owners of the iPhone 7 and 7 Plus must use a wireless headset or a plug-in adapter. On the other hand, it has added water resistance and dual camera in the case of the iPhone 7 Plus. With this camera, you can create a depth effect when you use portrait photos.

We have gotten to the present. Apple introduced a new generation of iPhones a couple of days ago, making the iPhone X the most expensive but the most revolutionary iPhone in history, with iPhone 8 and 8 Plus, which looks almost the same as the previous three generations before him. We introduced all presented models in separate articles.

In 10 years, Apple has changed the entire smartphone market and put the iPhone 2G off a path that has more or less innovated each year. Sometimes he gave the trends, sometimes he got them. It will certainly be interesting to see where the iPhone and the entire smartphone market will be picked up in the future, but we are looking forward to the next ten years of development.