After more than 12 weeks of entertaining events, Big Brother Naija finally comes to an end on Sunday, 22 April 2018.

From 20 contestants, only five remain in the house. These 5 are Miracle, Tobi, Alex, Nina, and Cee-C and after a week of intense campaigning, the winner will be announced in a few hours.

As expected, we are on the ground to bring you live updates straight from the house in South Africa. Stay tuned! 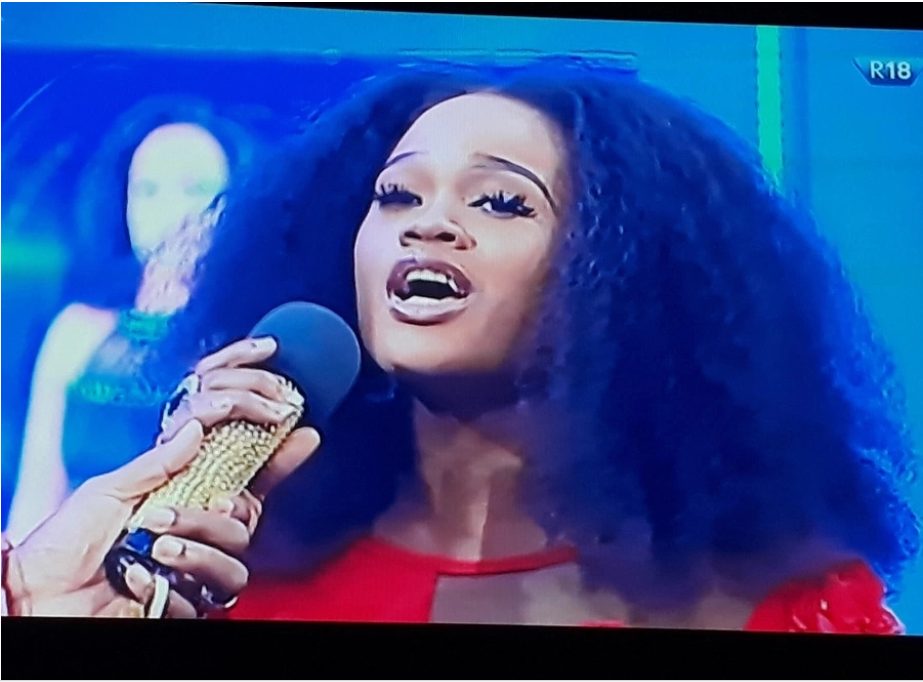 9:04 – Miracle wins the Payporte games. Ebuka also reveals a total of 170million votes were casted in this year’s BBNaija and 30million votes came in in the last week!

8:58: “I cant blame myself when i have issues with other people” Cee-C reveals as her most interesting moments come on screen.

8:55: As Miracle and Cee-C make their way onto the stage, a montage of Miracle’s best moments plays. 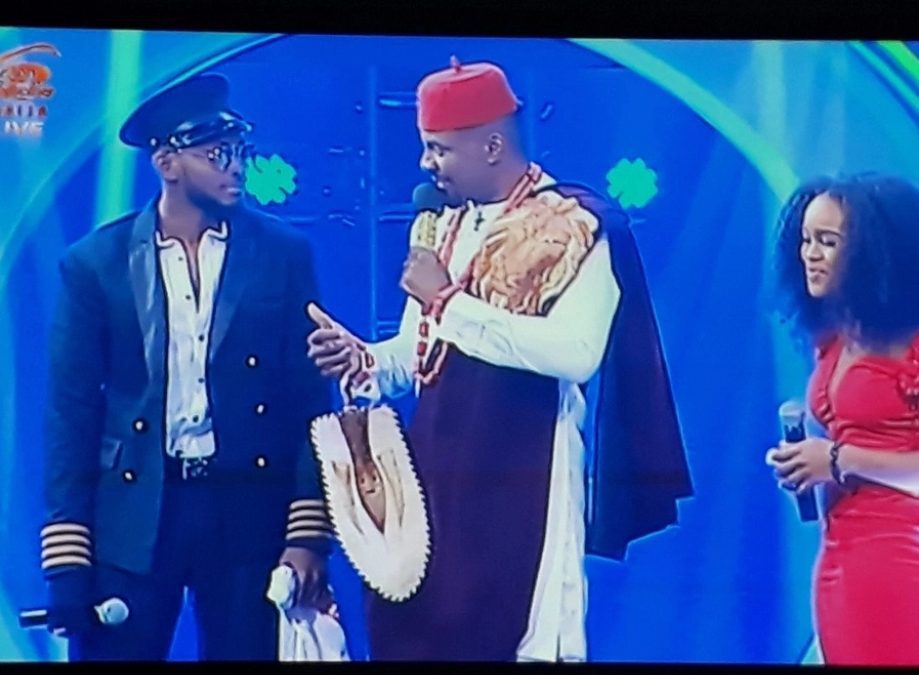 8:48: OBO Davido makes his way back to the stage. This time he is performing Fall.

8:44: Thank you Big Brother! Ebuka turns off the final light in the BBNaija house as Miracle and Cee-C make their way to the stage.

8:42 – As Ebuka slowly takes the housemates on a tour of the house, Miracle reveals he needs to pee!!!! Tension perhaps.

8:37 – Team Cee-C and Miracle reveal their candidate will win BBNaija.

MUST READ ⇒  Redmi Note 8T Has Been Spotted on NCC;The Phone has NFC and 18W Charging Support

8:29 – Tobi reveals she and Cee-C may become friends outside the house. He explains he has genuine feelings for Alex. Reveals he will slide in if Leo and Alex are not cool.

8 – 23 – Loud noises detected as Tobi evicted. The final two are Cee-C and Miracle.

8:18 – Davido hits the stage one more time. This time performing his hit song Like Dat. OBO also gave out his t shirt and shoes. 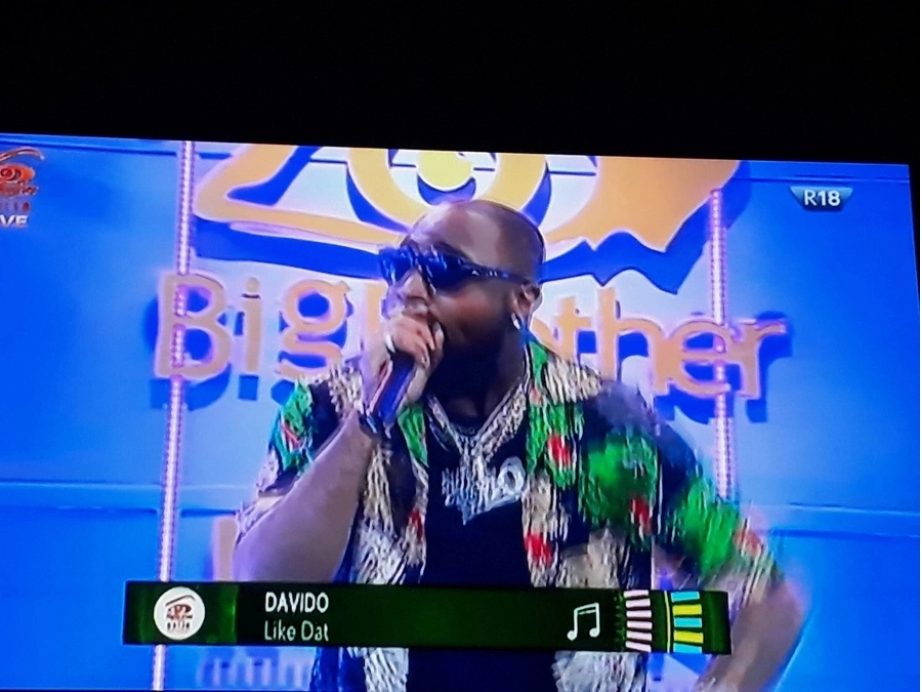 8:13 – Ebuka who has switched outfits asks if Alex and Tobi are friends with benefits, she says no. Reveals she and Leo can continue their relationship that is if he calls her first. She also explains she wrote Cee-C the apology letter because she doesn’t want to hold things in her heart.

8:12: DJ Xclusive reveals he would love to work with the housemates who are musicians. He mentions he will like Bisola to sing the hook of that song.

8:10: Chatting with Bisola, fans of Alex reveal she will be fine and she gave them value for their money.

8:06: Alex has been evicted making her the last housemate to be evicted in this year’s show. This leaves Tobi, Miracle and Cee-C as the final three housemates.

7:54 – Ebuka introduces a montage of the most interesting moments of this year’s show (Including his own killer outfits!).

7:50: Kaffy hits the stage with her amazing dancers.

7:46: Evicted housemates reveal who they want to win.

7:42: Nina makes her way to the stage. She reveals her relationship with Miracle continues. Reveals she is going to finish her education.

7:38: Legbegbe crooner Mr Real is performing on stage to the delight of fans.

7:37: Rico Swavey asks fans to stay tuned for more music from him.

7:34: Bisola chats with the former housemates, asks BamBam if she and Teddy A are official. She asks fans to watch this space. Lolu reveals he and Anto are not official yet.

7:30: Nina is the first housemate to be evicted!

7:28 – Evicted housemates send in their messages!

7:26: Family members of the final five send them greetings.

7:25: Alex reveals when it comes to love, she should not be believed. Reveals she really likes Leo.

7:23: Tobi debunks rumours that he is a gossip, says he only discusses with his friends in the house. Said everything he talks about behind anyone, he says it in front of the person.

7:22 – Ebuka asks Nina if she hid behind Miracle. She answers NO saying he taught her how to control her bad mouth.

7:20: Ebuka makes his way into the house as Biggie congratulates the final five for making it this far.

7:13 – Ebuka announces that the winner goes home with N25million, a trip for two to an exotic location, electronics worth N3.3million. WOW!

7:12 – Recap of evicted housemates Lolu and Anto’s return to the country

6:45 – Bisola to host the live eviction show in Lagos while Ebuka holds the fort in South Africa.

6:42 – Davido visits the housemates before live show starts. Expresses his admiration for all of them.

6:40: BBNaija couple and evicted housemates Lolu and Anto seen hanging out together

6:38 – Bassey, Debie Rise, housemates from BBNaija 2017 hit the stage doling out their own songs. 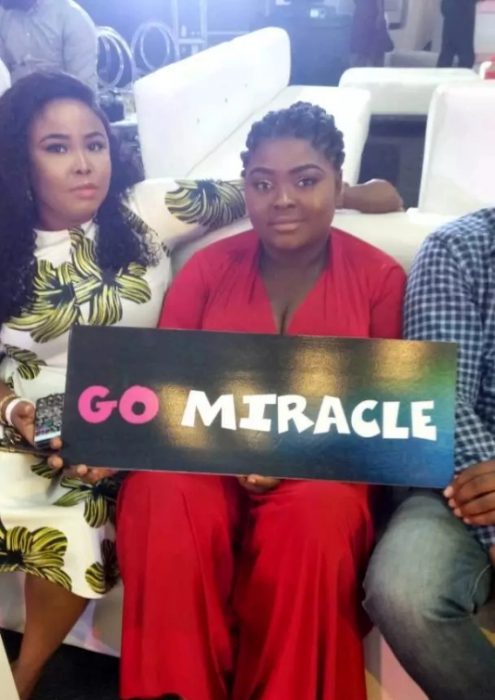 6:30  – Fans of each final housemate start arriving to the venue of the live screening.

Disclaimer: This post is for educational purposes only. TechVaz does not recommend or support website(s) that host(s) copyrighted materials; using such site(s) is a criminal act and has been considered a severe offense under the Copyright Act of 1957