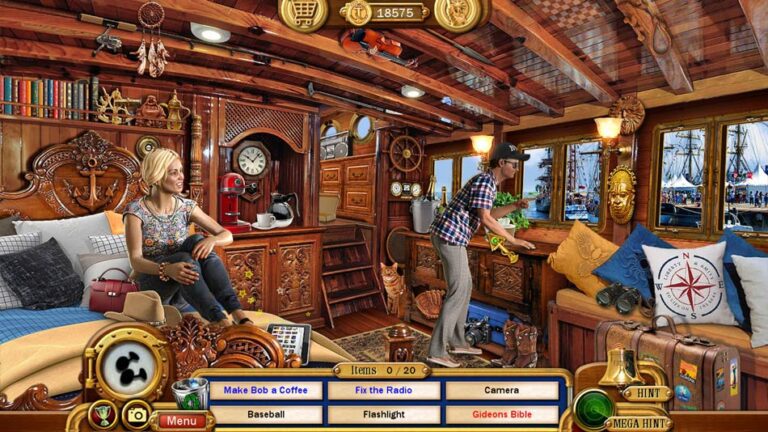 Hidden object games are very essential to gaming pleasure. Many people will prefer to play puzzle-style games where they are rewarded for their patience and the ability to spot and understand things. If you are not a big fan of gamers, you will love this type of hidden treasure game that will require you to find hidden things within a given environment. In this post, we will be showing you the best 20 hidden object games for Android that you can try right now.

Hidden City is a nice-looking game that will require you to travel between different places to find hidden objects, treasure, and other goodies. The game storyline is about your friend who went to a mysterious hidden city surround by constant fog and worldly beings. As soon as he enters the city, he mysteriously went missing.

Now in search of your missing friend, you will visit the hidden city where you find different objects and clues with the help of your new friends. 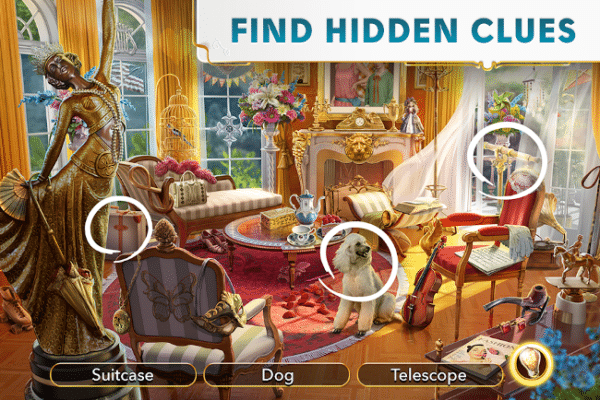 June’s Journey is one of the best-rated hidden object games for Android. It has a nice hand-drawn scene and an amazing cast that will give you the joy to find all the hidden objects and treasures. The game takes place in 1920s America. The storyline starts with June traveling with her niece to various places throughout the world to find her missing sister. Along the way, you will find hidden objects, and you will also be asked to solve tricky puzzles.

Enigmatis is a nice game where the player will wake up in a small town hunted by ghosts with your memories missing or jumbled up. You will have to save both yourself and a little girl from the hunted town by finding hidden objects and solving puzzles. In the game, you will have to piece your memories one by one to get a better picture of what you are dealing with.

The Secret Society is a game that tells the story of a community of people who have special powers that allow them to travel between their magic world and our world. In the game, your uncle will be missing and with your special powers, you go on to collect hidden objects and clues to find your missing uncle. The Secret Society features 70 different locations to explore, mini-games, puzzles, 5000+ quests, and more. The game is developed by the same people who made Hidden City. 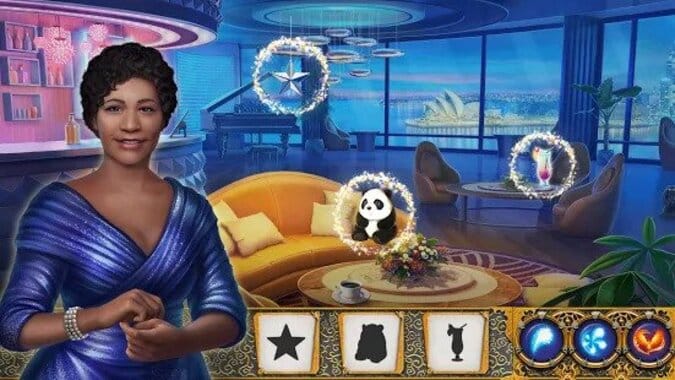 In the Time Gap, you will have to go to the future and investigate why humanity is wiped out. Apart from the game’s nice storyline, it also features unique historical and futuristic locations to play. There are some options to zoom in and find small objects. However, not every level in this game is finding hidden objects; you will also play some mini-games that feel refreshing and fun.

6. Alice in the Mirrors of Albion 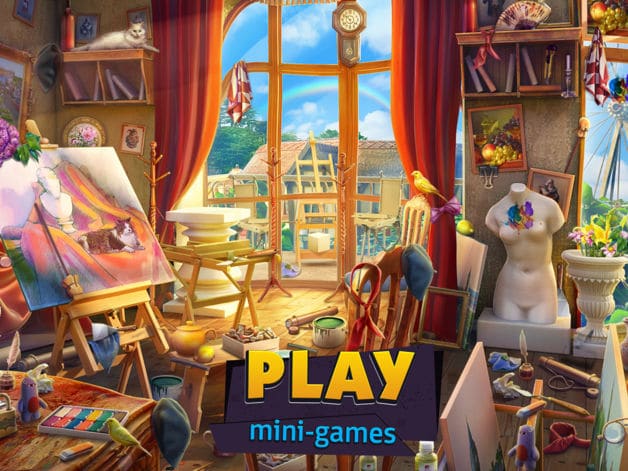 Alice in the Mirrors of Albion is a great game inspired by Alice in Wonderland’s famous story. Similar to that story, you will have to travel to a mysterious and magical place filled with stunning places, mysteries, and dangers. You will only defeat the queen of hearts and rid the place of evil by finding all the clues and solving tricky puzzles.

Download Alice in the Mirror of Albion (Android | iOS)

CSI- Hidden Crimes has a close resemblance to the TV show with the same name. It’s a must for all fans of detective shows out there. This is not just a typical hidden objects game; it also has an engaging crime storyline, where you solve crime scenes by finding hidden clues. You also create your own crew to help you analyze the clues and interrogate suspects. The game is available in 9 different languages. 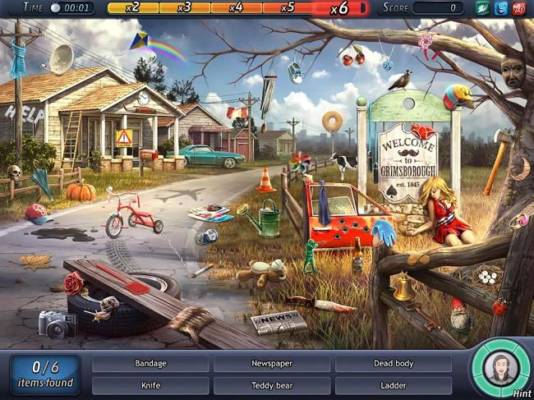 Criminal Case is a game that is similar to the CSI game. You will have to solve murder cases by finding the clues, analyzing found clues, and investigating suspects and witnesses. The game is loaded with hundreds of crime scenes with varying degrees of difficulty to keep you busy. 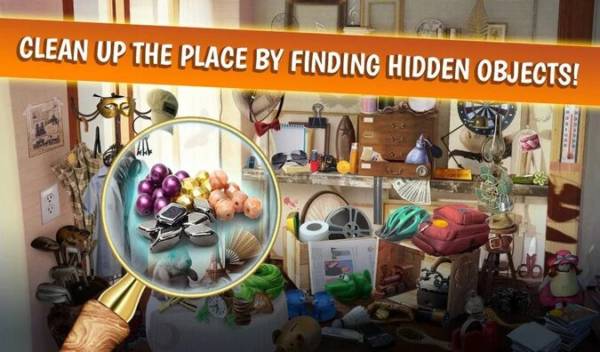 Just as the name suggests, this is a game that you will have to design the home by removing old objects and buy new objects for your aunt. You will feel more excited playing the game once you started getting things for the home and making it look good. Further, it has different styles of hidden object finding games like Picture, Word, Silhouette, Night Mode, Mirror Mode, Anagram, Mystery Word, Spot the Difference, Memory Mode, Flash Sale mode, etc.

The Enchanted Castle is a nice game that focuses all its gameplay within a castle. It has a unique story with all the objects you find. You can also do a complete home makeover and there are over 2000 objects and hints to help you be better at the game.

11. Mystery of the Secret Guardians 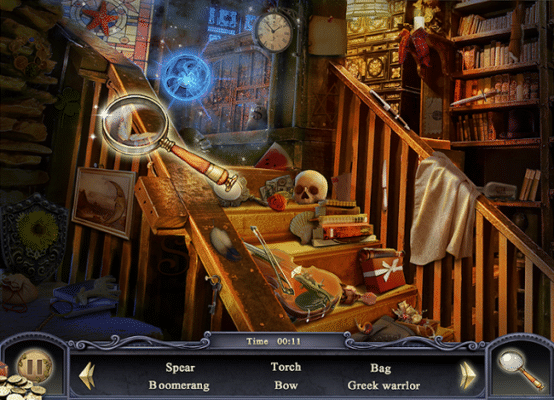 Just as the name says it all, the game has its guardians missing and your job is to find all the clues and objects to solve the hidden mystery behind the Secret Guardians. The game has 30 levels with hundreds of hidden objects. What makes it unique is that there are multiple ways to solve and find hidden objects. 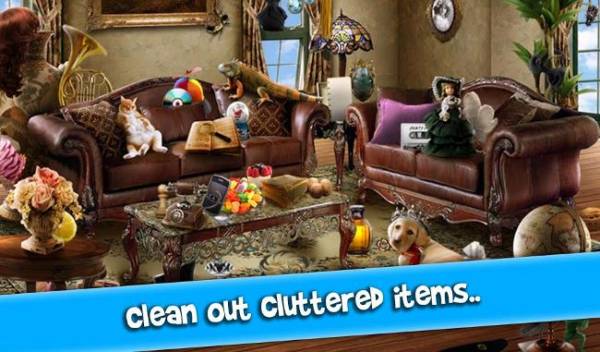 Unlike some other games, Home Makeover is a little bit different. In the game, you will have to play as a loving grandchild who is visiting your grandparents’ home. Then you will notice that most of the furniture and other things in the home need some cleaning and makeover. So your work, along with the help of your grandparents, is to find all the objects, sell them and buy new ones to do a complete home makeover. The game contains a good buy and sells mechanism and there are multiple ways to find the hidden items. 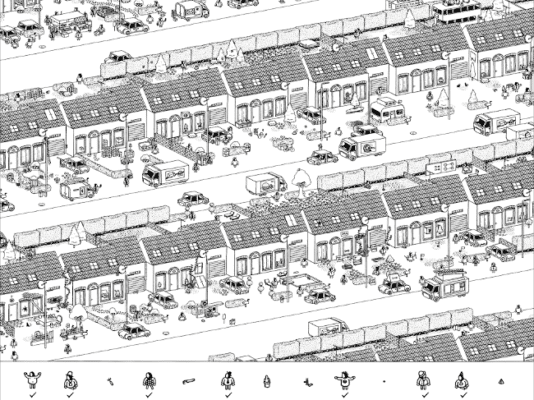 Hidden Folks is an awesome and detailed-looking game to play. It features an entirely hand-drawn with miniature landscapes and townsfolk. You will also get about 25+ different areas and also about 250 hidden objects to find. To protect your eyes from the constant glaring white screen, you can choose between three color modes, normal, sepia, and night mode. 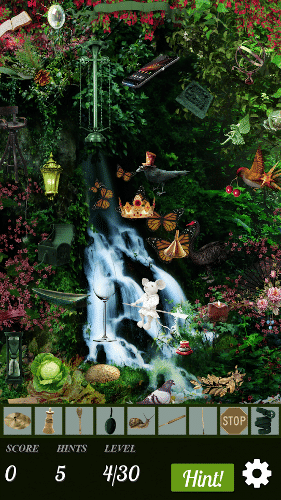 Quiet Place is a simple and nice-looking game with stunning visuals where you can find hidden objects at your own pace. The game contains over 200 different objects to find and a campaign mode where you can access different game modes with some difficulties. There is also a zoom and hint feature that will help you to find the objects quickly and efficiently. 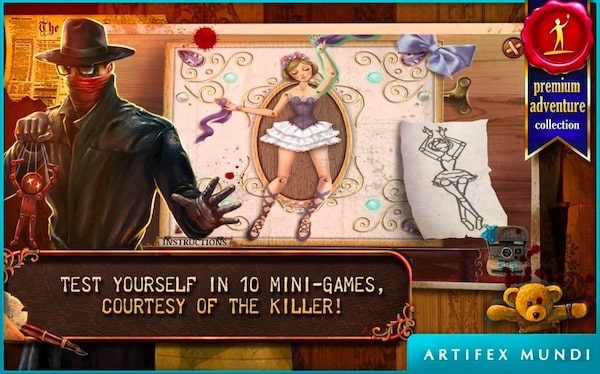 Deadly Puzzles- Toymaker is all about a murder mystery where you will solve murders of young women whose killer leaves toys as clues. 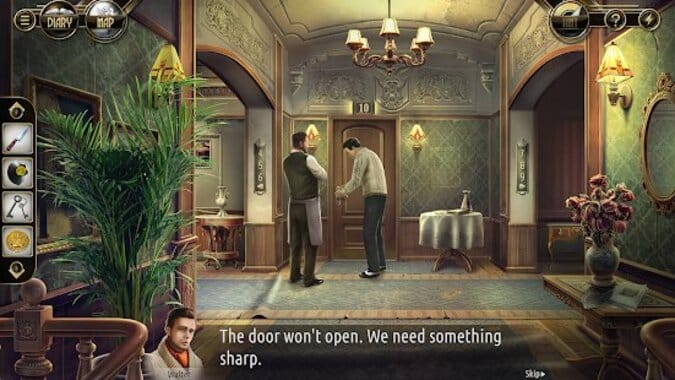 Murder in the Alps is another nice game with a crime storyline. The game storyline is set as a hotel in the alps, and most of the hidden object-finding tasks are available in a nice location. In the game, you have the option to use your imagination and continue the investigation.

The Room Two is an incredibly addictive interactive puzzle game. It simulates an actual escape room in a realistic 3D environment. If you like complex labyrinths, puzzles, and mystery, you’ll love this game. You follow a trail of cryptic letters from a scientist known as AS into a world of mystery and exploration. The Room Two has it all- great riddles, complex environmental puzzles, dynamic sound effects, and stunning visuals.

Midnight Castle is a gripping mystery hidden objects game with great characters and intriguing plot twists. You go on a quest to discover what’s concealed in the Mystery Chamber, which may save the destiny of the Midnight Castle. You meet a new character in every scene- the beautiful royalty, menacing dragons, and trolls. Plus, you can use items you find on the castle grounds to craft relics, potions, and poisons and reach the solution even faster.

Ravenhill is another thrilling hidden objects game. Here, a flourishing city suddenly becomes a ghost town. You have to search for hidden objects in each location you visit in order to find out where all of the town’s population vanished. In this game, however, you only have a limited time to find each object. The game is full of unpredictable turns of events, fantastic graphics with picturesque locations, and spellbinding music. Unlike most other hidden objects games, it also offers character customization.

Seekers Notes is a gripping hidden objects game with many unexpected twists and turns. The Seeker is the owner of a powerful Magical Map which can help him save the city of Darkwood from the curse. The game allows you to complete thousands of quests and assemble hidden items as you progress through the levels. If you craft and trade items with the residents of Darkwood, you’ll solve the mystery even faster. The game comes not only with a great plot, but also beautiful graphics and interesting characters.

Well, these are the best Hidden objects games that you can install on your Android device. They are all nice games, but we love Criminal Case and CSI because of the solving criminal mysteries storyline. I would also love to give my new home nice looks, making me try the Home Makeover. Every game on the list has nice features that make them unique. So over to you, which one will you choose to play?