Best VR Movies You Must Watch– As the tech industry is growing at pace, it has recently developed a new technology to experience movies in a little different and immersive way. This is called Virtual Reality technology! Watching movies through VR Headset will give you extreme pleasure, and it will feel like you are just in the film. There will be no space to see things around you; the only thing you will see is pixels of VR movies. To watch VR Movies, you will require to wear a VR headset that doesn’t cost lots of cash. You can check the details, specifications, and price of one of the best affordable VR headsets called Bobo VR z5 Youth Edition. For instance, the Bobo VR z5 only costs 35$, and with this gadget, you can enjoy a movie in VR by using your Android phone. You can play a movie on your phone and experience it in VR using this gadget.

Note- You cannot watch all movies in VR; the films made for VR can only be watched with a VR Headset. The good news is we are going to suggest some best VR movies you must watch this year. If you have never watched a VR movie and plan to watch some, I recommend sticking with me till the end of this post. Because you are going to know top VR Movies, so, let’s get started.

What are VR Movies?

VR movies are movies that require a technology called a Virtual Reality headset to watch or play. As of now, it’s one of the best ways to enjoy a Movie. You can watch VR Movies with complete comfort; there is no need to stay in the same position to see the screen. You can tie the VR Headset on your head with its screen on the eye, and you can enjoy it in any position you like. VR Movies are run in an immersive way, meaning your eyes will fully surround the picture, and you will not see anything except the movie. You will feel like you are just in the movie or just present in the movie.

Best VR Movies You Must Watch This Year

The Movies we are going to show you here are the best virtual reality movies of this year. And you can’t usually watch them if you don’t want a VR Headset. You can buy the cheapest Bobo VR z5 Headset that costs 35$ approx. This VR device will allow you to connect to your smartphone and watch VR Movies. You can either watch offline by downloading this kind of movie or directly stream using Netflix services. So, here are the Best VR Movies you must watch this year: 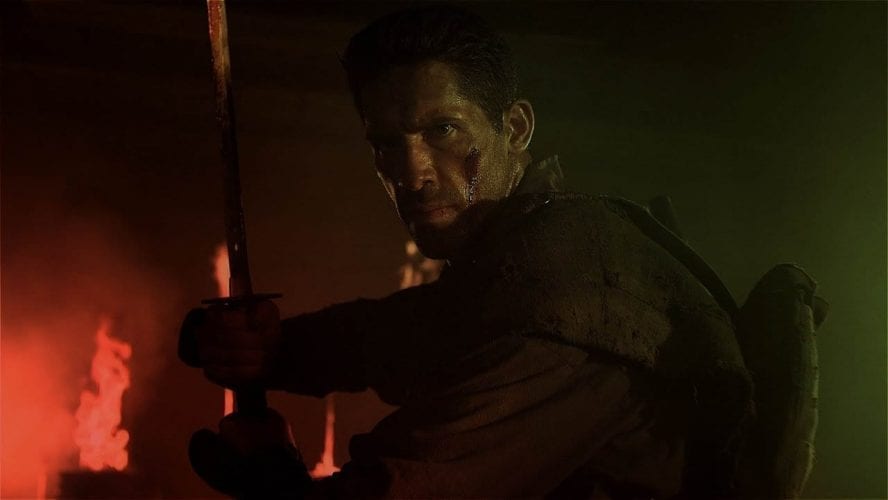 A great martial arts movie has a hell of a lot of action in the entire movie, and in short, it is called Ninja II. This movie doesn’t have only a great title but also has a great story that you should know by watching it. Ninja II is an American martial arts film that Isaac Florentine directs. Originally, it was shot in Bangkok, Thailand. This movie’s story is literally terrific, and the main character in the movie is Casey Bowman. In the movie, his wife named Namiko Takeda, is pregnant and shopping in Bangkok. She is looking for a pendant for herself and her husband, and that’s how the movie story starts in Ninja II.

In the end, Casey brings to Japan and throws Namiko’s pendant in a pond, bringing closure to his loss. During the final fight, he lost his wife. The story is really remarkable, and the enjoyment will get double when you watch it with Virtual Reality.

Another best action movie in which heroes fight against scary vampires. Blade II is also an American superhero film that was released back in 2002.

You may think that this movie is not exciting or has no action but let me tell you something, it was a hit movie at that time and has been watched worldwidStill, mostthe people, including me, would like to watch it again in VR to see those incredible actions and stunts.

In Blade II, after the release of the first part, Blade, which is the main character, has been searching in Prague to find his mentor Abraham Whistler, who was thought to have died after being attacked by Deacon Frost and his vampire soldiers but instead was turned into a vampire. After finding the taking Whistler to the headquarter, Blade has injected anti-virus to revert his mentor to human.

And that’s how the movie starts. At the end of the Blade II movie, all vampire sire is killed by the Blade’s team and Vampires’ existence erased from the city, and everyone again continues living a peaceful life. 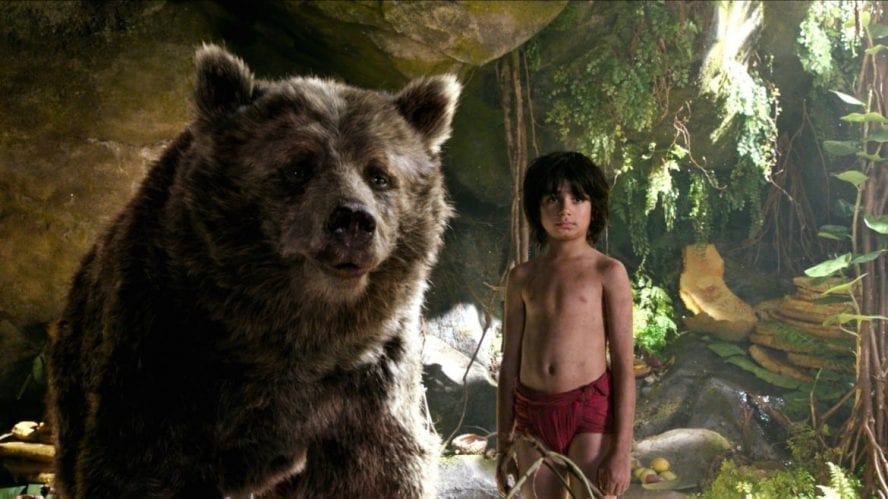 This movie will serve you the greatest Mowgli’s live-action (A man-cub raised by wolf Raksha and her pack). It is an Indian movie, a famous comic, and a TV show that has created a great picture of living adventures in the jungle. In the picture, Mowgli faces many complex challenges and sometimes alone without his mother and siblings. But when he comes to the last dying point, his mother and siblings enter the scene and saves him from the worst scenario. Mowgli learns new tricks and makes his equipment to fight against the other animals present in the jungle. Watching this fantastic jungle adventure movie in VR, you will enjoy it a lot compared to watching on the standard screen. It’s a recommended movie; check it out. 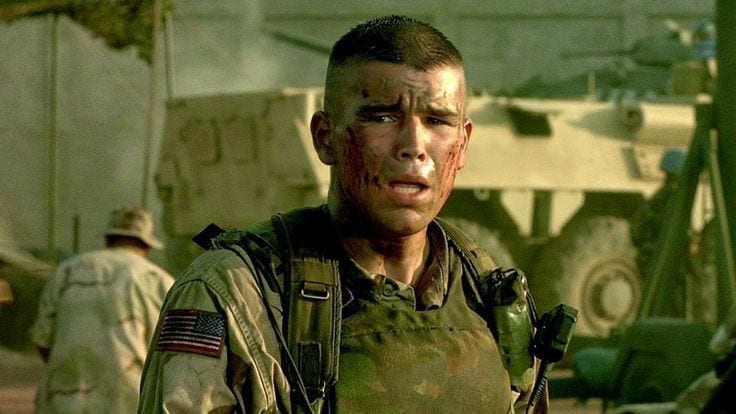 A great war film that was released in 2001 which is produced and directed by Ridley Scott. Black Hawk Down has received some outstanding awards and Academy Awards for Best Film Editing and Sound Mixing. Also, it has full of action, and you are going to see some intense battle weapons. You will also see some cool weapons and armor in the game. Black Hawk Down’s story starts with the U.S Army running three special operations against terrorism to Mogadishu to capture Aidid, who has proclaimed himself president. In the end, Mohamed Farah Aidid gets killed the following day, General Garrison retires. If you love war movies, then you should watch this. The VR version of this movie is available too! 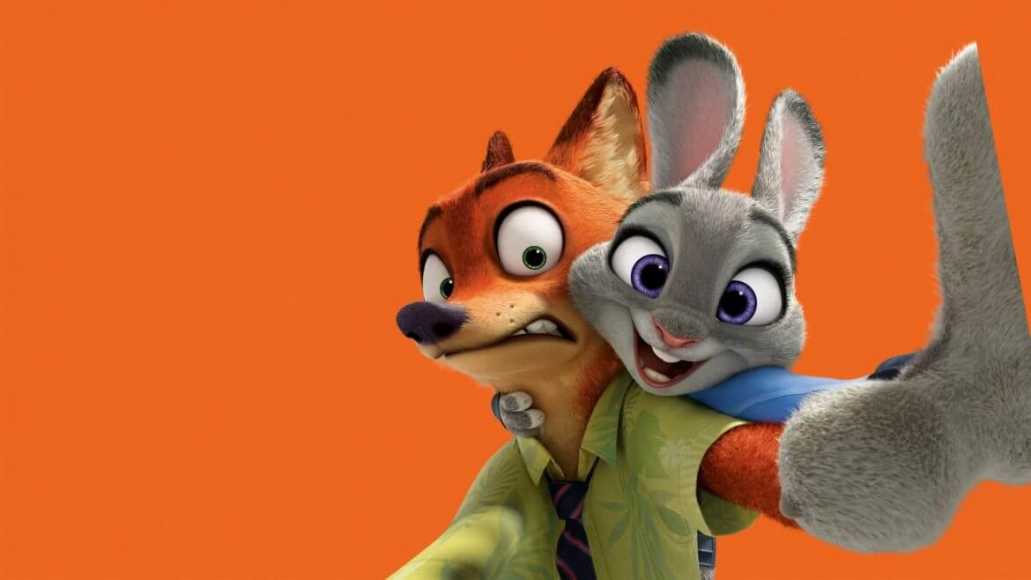 Zootopia is an American 3D animated film that Walt Disney Animation Studios produce. The movie has too many characters, mainly animals; this movie will show you the story of a populated world by these animals. Their body appearance will be totally like mammals, but their characters are human. They do all the human being activities like studying, going to work, love life, and more activities. In conclusion, you will see a human life story in a little different way. You will not see any human in the movie but animals who behave like humans and do all the human activities. Watching Zootopia in VR will be worth watching; you will feel like you are re-living your life surrounded by humans. 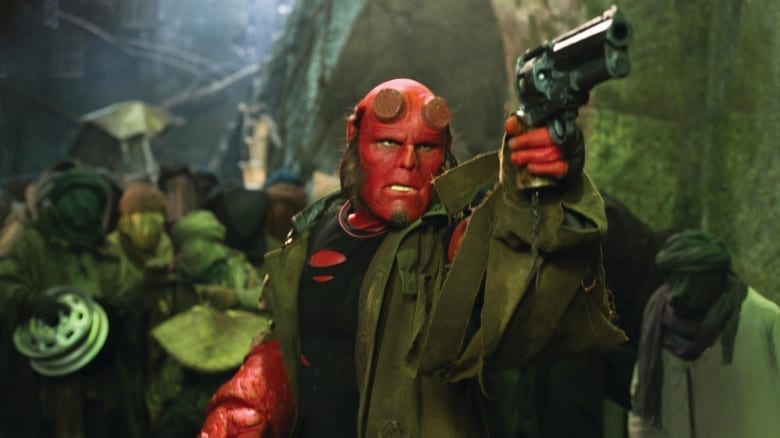 Hellboy is a successful movie released in 2004 by Guillermo del Toro and starring Ron Perlman. Hellboy is an American superhero movie that was a box office hit. Hellboy is the name of the main character in the movie. His appearance is unlike human but looks a little similar. The Hellboy color is red, and he has a pair of little horns on his head, which shapes are pretty cool. Actually, his power is stored in those horns, which he uses in the movie to destroy his enemies. Hellboy and some other human characters fight against the different planet that comes to earth to take control. It is linked with Vampire and Blade II, and its ending is far greater than all the other movies listed above. You should definitely watch this movie in VR, and trust me; it will be worth watching.

If you are looking for the best VR Movies to watch this year, then pick any from the above list and believe me, you will not get disappointed. I especially pick all the above best VR Movies after reading the pros & cons of the movies. Also, if you are going to watch movies in VR first, I want to warn you if you have a heart problem. Most virtual Reality movies are made for a great experience and delivering a real view of the movie. Maybe some sound effects of a sudden scary scene will create a problem for you. So, be aware of that before watching any movies in VR.

Hopefully, you liked this article on Best VR Movies list? If so, share this article with your friends and let them also know about these VR movies. Also, if you have any suggestions for VR Movies, then drop them below in the comments. I will appreciate that!