The Samsung Galaxy S9 and Galaxy S9 + will be announced on February 25th during this year’s Mobile World Congress (MWC) event. So far, we’ve learned a great deal about the models, such as their technical specifications and the new technology of their cameras. Now, one more piece of the puzzle seems to have been unraveled: Samsung will use the Bixby voice assistant to help users during the Galaxy S9 and S9 + setup process.

Having an assistant as a helper when setting up your new device is not exactly new, Microsoft, for example, allows you to use Cortana when it comes to getting started with Windows 10. However, the application is new to mobile devices. Check out some of the actions Bixby will take during setup: 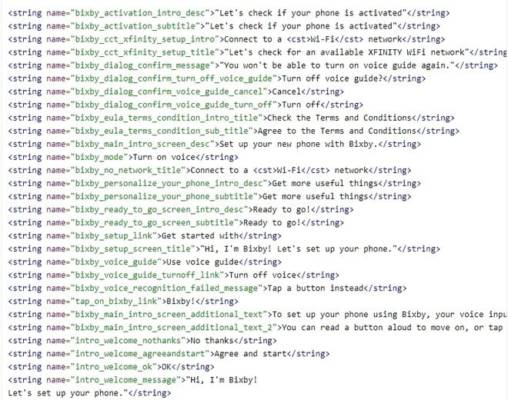 This is a powerful tool for configuring a Samsung mobile phone , with all of its optional features that can keep the user busy for a long time, and are not very intuitive for those who are not accustomed to the Android system. Using Bixby can make the experience less cumbersome and time-consuming.

According to the files found in the Android Oreo build, Bixby will have slightly different actions on S9 and S9 +, which makes sense, as some features will not be shared by both models.