Blackview A20 Pro has been launched silently by the company for this World Cup season. The A20 was previously criticized for having little RAM and storage space even with its bezel-less screen and retailing for just $39-$59 on shopping stores.

Table of contents: show
1 Design
2 Display
3 Hardware and Software
4 Camera
5 Battery
6 Where To Buy New Blackview A20 Pro Cheap
7 Blackview A20 Pro Full Technical Specifications
7.1 General
7.2 Network
7.3 Design
7.4 Display
7.5 Camera
7.6 Software
7.7 Hardware
7.8 Connectivity
7.9 Battery
7.10 Media
7.11 Other Features
7.11.1 ==> Disclaimer: Specifications, features & price shown for the above device was entered manually. We can not guarantee that the info on this page is 100% correct. If you think that any information for the current device is wrong or missing, please don’t hesitate to Contact Us.
8 What is Blackview A20 Pro Price and Availability Status? 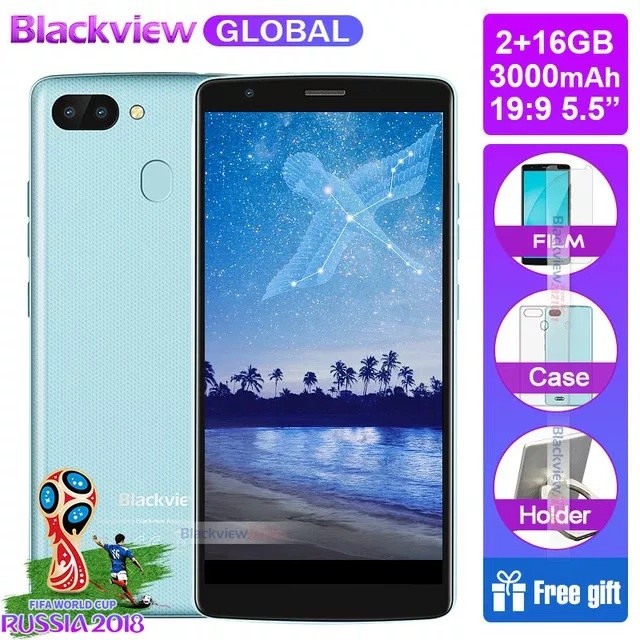 Well Blackview is celebrating this World Cup season by releasing a Pro version. The A20 Pro comes with 2GB of RAM, 16GB storage and 3000mAh battery. It also comes with a free Case, Holder and Film. Lets find out more.

As expected, it has a Plastic back like the A20 but there’s now dots at the back which offers a firm grip. A fingerprint scanner has finally found its way to the A20 Pro something the A20 was missing.

Nonetheless, the dual rear camera is still visible at the top left corner in a horizontal position, with the LED flash underneath. It measures 8.6mm in thickness and weighs 183g overall. It will be available in Black, Blue and Gold colors. 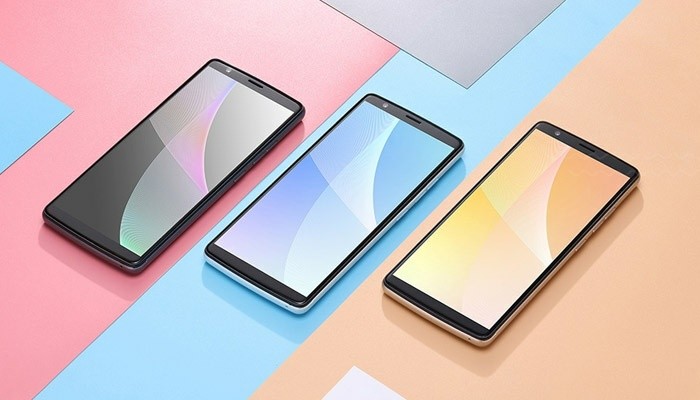 The A20 was known as the most affordable smartphone with the full view display. Well, the A20 Pro was built around that same screen as well, with its 19:9 aspect ratio. The device offers super minimal bezels compared to what you get on other budget smartphones. The 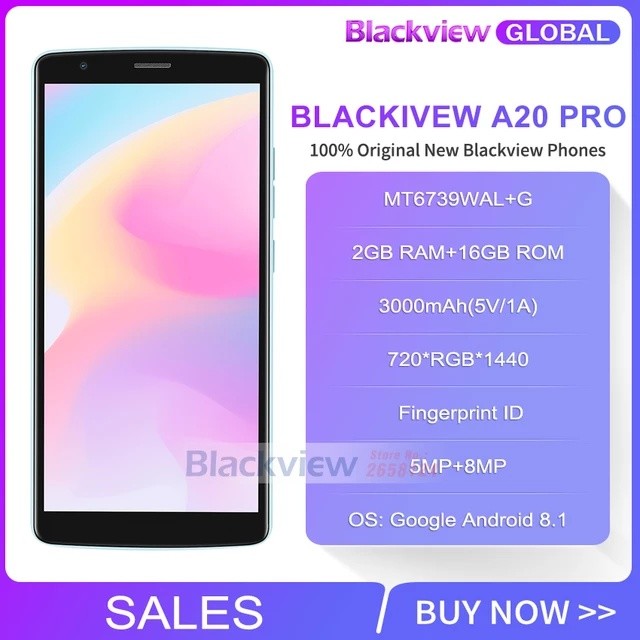 The 5.5-inch HD+ IPS LCD touchscreen on this affordable beauty is simply basic. It has a resolution of 720 x 1440 pixels in resolution and 195 pixel per inch density, making the details on the screen clear enough. Furthermore, it screen also got up to 80% of the entire front.

Under the hood, the MediaTek MT6739 chip is in charge, the chip was built on a 28nm process technology. It has an Quad-core processor which clocks at the usual speed of 1.3GHz, while the PowerVR GE8100 graphics processor clocks at 570MHz.

There’s now 2GB of RAM to multitask through your apps on the A20 Pro, with a memory speed of 667MHz. The storage space is now 16GB strong as well, you can upgrade up to 32GB whenever you want using a memory card. It runs on Android 8.0 Oreo.

The Blackview A20 Pro houses a dual 8MP + 2MP rear shooters, the cameras has portrait gimmicks and other quality features. There’s a 5MP front-facing camera which comes with a LED flash as well.

Powering the Blackview A20 Pro is a 3000mAh non-removable Li-Ion battery with no fast charging technology. Without the fast charging feature, charging the battery from 0% to 100% might take up to 2.5 hours.

Where To Buy New Blackview A20 Pro Cheap

What is Blackview A20 Pro Price and Availability Status?