The Blu V9 is an affordable mid-range smartphone with decent and modern body design. The smartphone has a good camera set-up, a large screen display size, and average specifications.

Table of contents: show
1 Blu V9 Key Specs And Features
2 Design And Display
3 Camera Features
4 Hardware And Software
5 Storage Capacity And Sensors
6 Battery Power And Network Connectivity
7 Blu V9 Full Technical Specification
7.1 General
7.2 Network
7.3 Design
7.4 Display
7.5 Camera
7.6 Software
7.7 Hardware
7.8 Connectivity
7.9 Battery
7.10 Media
7.11 Other Features
7.11.1 ==> Disclaimer: Specifications, Features & Price Shown For The Above Device Was Entered Manually. We Can Not Guarantee That The Info On This Page Is 100% Correct. If You Think That Any Information For The Current Device Is Wrong Or Missing, Please Don’t Hesitate To Contact Us
8 Blu V9 Price And Availability

In terms of body design, the phone has a good and impressive body. It’s built with a glass on the front while the back is made of glass. The V9 has body dimensions of 161.4 x 78 x 9.6 mm and it weighs 181 gram.

On the front, it has a screen display size of 6.3 inches under IPS LCD capacitive touchscreen with a resolution of 720 x 1520 pixels and 267 PPI density. There’s display protection and it reaches a 78.7% screen-to-body ratio parading 19:9 ratio. 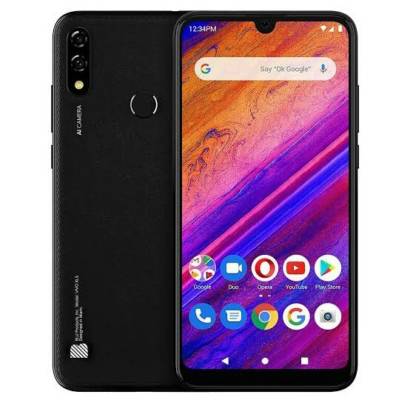 On the hardware, the Blu V9 has a Spreadtrum UniSoC SC9863A chipset with an octa-core processor clocking at a speed of 1.6 GHz. It has PowerVR GE8322 GPU for graphics related issues and gaming. Powering the device is Android 9.0 Pie operating system out of the box.

Just as mentioned above, the smartphone has average inbuilt storage. It packs an internal memory of 64GB that is paired with 3GB RAM for a smooth performance. You can still expand the memory if you want with micro SD card up to 128GB. The sensors on the phone are Fingerprint (rear-mounted), accelerometer, and proximity.

The Blu V9 has a massive nonremovable battery capacity of 4000 mAh without fast charging technology. It has dual SIM with 4G LTE Network for fast browsing and downloads. Other features on the device are Wi-Fi 802.11 a/b/g/n, Wi-Fi Direct, hotspot, Bluetooth and Micro USB 2.0.

The Blu V9 is now available for purchase for $149. You can order the phone in Black color. In Nigeria, it will sell at a price of 45,000 Naira depending on your location.