How to browse free on Facebook for Airtel users

Have you heard? Ok, you might not know. The founder of Facebook has partnered with Airtel Nigeria. Moreover, the good news there is that it not just for sharing profits or anything like that. 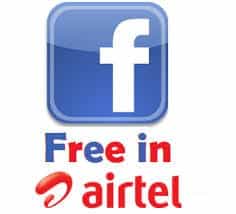 You might have seen this before and the reason why am writing this post now is because I was waiting patiently to test run the network before writing anything on it.

As you all know, bros Mark to be a very strict person (only bloggers will understand what I am say here). He has been improving his business always. Just because he is a millionaire does not mean he is going to stop bringing up new stuff

I bet you, the reason why people like brother Mark is successful isn’t just because they can create a new thing; it is just because of the knowledge he has to maximise wealth.

He recently came to Nigeria, and the funniest thing is that he never disclosed his coming, you know, as a billionaire, his suppose to announce, but he did not know instead he humble himself.

I guess the reason why he partner with Airtel, is probably to help those who do not normally have enough megabyte to browse through Facebook.

However, let’s look at this critically. Do you think he is offering you help? NO, instead he is doing that because of his business, and on the other hand, Airtel is also benefiting massively from this excellent idea. Because many people will be forced to get an Airtel SIM card.

Now do you also know that there are sites you can access without having anything on your phone using Airtel SIM?

However, you know what, even with all these advantages, it still has some disadvantages, because you will not be able to access images on the web page.

The only disadvantage is that no image will display.
However, they did well. It a brilliant idea.

These are some sites you can browse through without megabyte using Airtel SIM.

Well as time goes on, you will also be browsing free on TechVaz.

So stay calm and get an Airtel SIM card today.