Another day with the Doogee leads us to the Dooge X10 smartphone. Released in April 2017, the X10 is a nicely designed phone from the Chinese manufacturer.

Table of contents: show
1 Doogee X10 Key features
2 Design and Display
3 Memory and Storage
4 Processor and OS
5 Cameras
6 Connectivity
7 Battery
8 Doogee x10 Full Technical Specifications
8.1 General
8.2 Network
8.3 Data
8.4 Design
8.5 Display
8.6 Camera
8.7 Software
8.8 Hardware
8.9 Connectivity
8.10 Battery
8.11 Messaging
8.12 Media
8.13 Other Features
8.13.1 ==> Disclaimer: Specifications, features & price shown for the above device was entered manually. We can not guarantee that the info on this page is 100% correct. If you think that any information for the current device is wrong or missing, please don’t hesitate to Contact Us.

With a compact design, the Doogee X10 comes packed with some bells and whistles that would definitely attract you.

The Doogee X10 phone is available in two color variants of black and gold. The X10 comes in a plastic body with a thickness of 9.80mm. At 186 grams, the Doogee X10 is pretty heavy for a 5 incher. You should know the reason for this is because of the large battery included. The bezels on this device are quite noticeable and can be distracting while operating it. 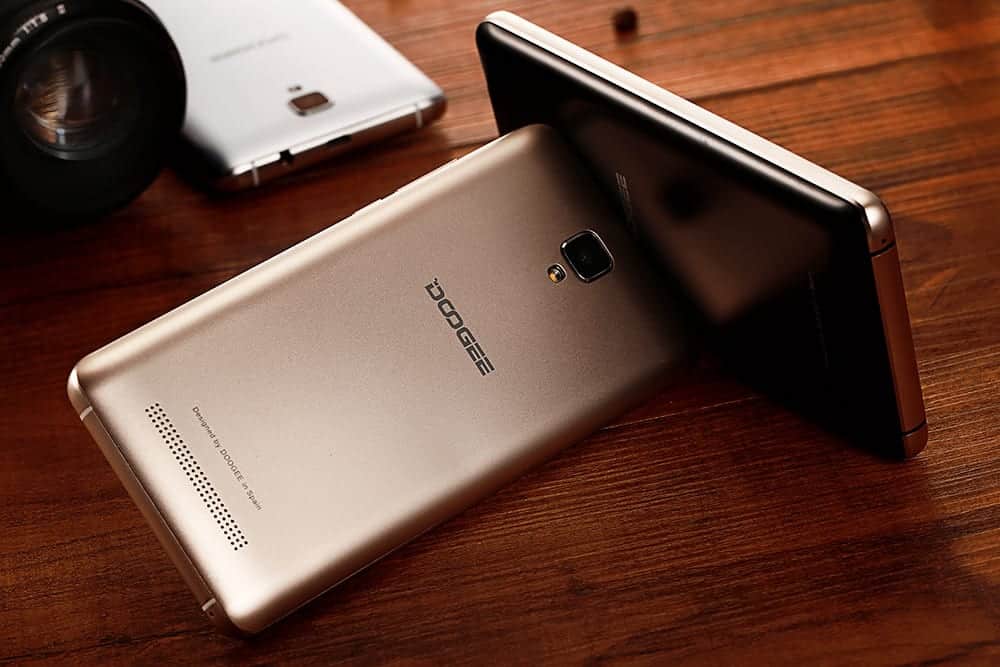 This device has a 5.0inch IPS display at a resolution of 854 x 480 pixels giving a pixel density of 196PPI. Due to the screen resolution of this device, you shouldn’t be surprised to get a poor visual experience on the Doogee X10.

The X10 comes with 512MB of RAM and 8GB of ROM. The storage size may not be sufficient for your storage needs and as such there is the presence of a microSD card slot for expansion of up to 32GB.

The low RAM size means that the user may experience a hard time multitasking and switching between running apps. The 512MB used here is less than the average of most recent Android smartphones in the market.

Under the hood is a MediaTek MT6570 dual core processor with a Mali T400 GPU to keep the graphics running. This CPU runs at a speed of 1.3GHz (which is pretty much the norm for most low-end devices).

For running your apps, you have the Android OS v6.0 Marshmallow from Google. This allows the user access to a vast number of applications and games.

The Doogee X10 sports a 5MP snapper at the back with a 2MP sensor in the front for selfie duty. There’s a flash light at the rear and none at the front. The cameras are good for taking photographs in light areas but may be bad in low-light conditions.

There are many connectivity options for the Doogee X10. There’s Bluetooth, WiFi support, and 3G are found in the X10.

A replaceable 3360mAh Lithium ion battery is packed with the Doogee X10 smartphone to keep it running. According to the manufacturer, the X10 can keep on running with the battery for a full day after a complete charge, albeit on light usage. The large battery capacity boosts of about 384 hours on standby.

Releasing a phone with 512MB RAM in 2023 is surely a no-no for me. But giving the affordability of the device, it is quite justifiable. If you want a second smartphone or you are a light user, the Doogee X10 is a deal breaker.