Many at times I have several windows open on my PC and would like to scroll through most of them without minimizing any window. This is could sometimes be annoying, as it would require me to always minimize the active window so that I can be able to scroll the window in the background.

I guess you must have had this same problem too and on countless occasions. This post serves to solve that problem. Through the use of a program, you can now have this feature on your Windows PC – although Windows 10 users can now do this through Settings > Devices > Mouse & touchpad. Though it is activated at default for all windows 10 users. But in a case that this feature has been turned off by someone else or you by mistake, you can then turn on Scroll inactive windows when I hover over them. If you want to disable the scrolling again, just go back in and toggle the switch back off.

The software we’ll be using is called “WizMouse”. It is a tiny program that doesn’t take up much space and resources on your system. 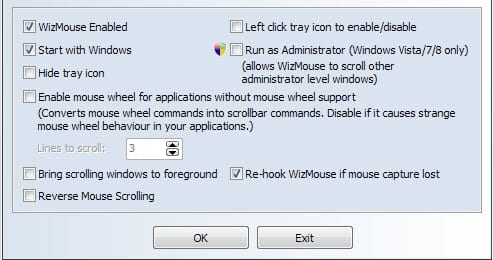 For Windows 10 users, this is a native feature called “Background Scrolling” and doesn’t require you downloading any third-party app. This feature is turned on by default on windows 10. However, if you want to turn it off, go to Settings, then Devices>Mouse & touchpad; next toggle off the “Scroll inactive windows when I hover over them” setting. 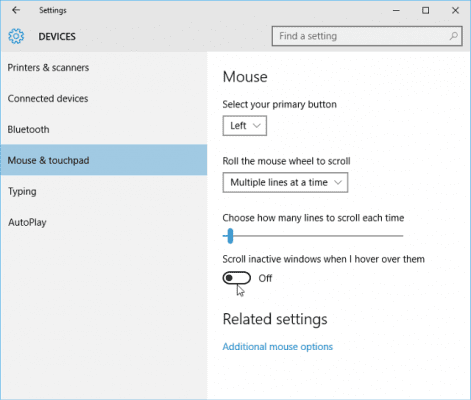 You can now be able to scroll your background windows without bringing them to the foreground. Isn’t that amazing?

Although this feature has been absent in Windows OS versions prior to Windows 10, you can equally get this feature on older versions of windows by getting a third-party app such as WizMouse.