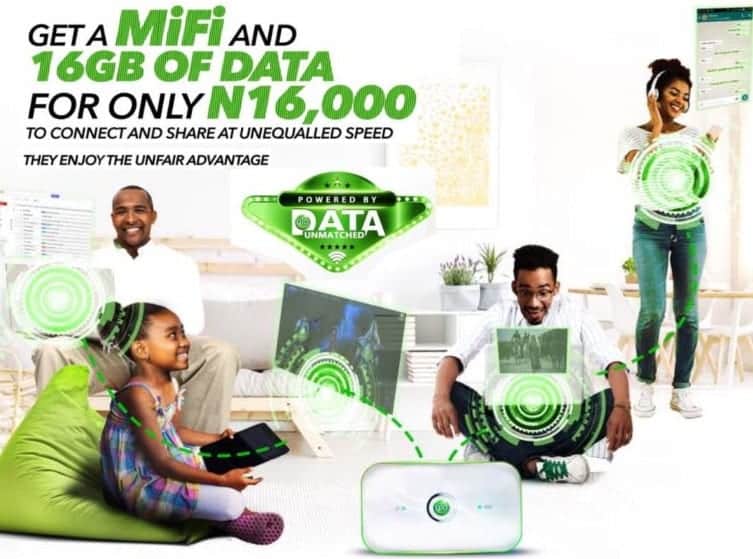 Globacom has raised the bar again in the nation’s telecoms industry as it announced a bundle offer of large data with 4G LTE MiFi thus extending the threshold of the unfair advantage for its teeming subscribers.

The company said in a press statement in Lagos that it is giving out a bundle offer of the network’s mini router, Glo MiFi, with 16GB of data for just N16,000. This means that the MiFi is being given out practically free of charge, considering the worth of the free data bundle.

Glo 4G LTE MiFi is able to beam internet signal over a wide expanse of space and can connect up to 15 devices, including Smartphones, tablets, laptops, desktops and the rest, simultaneously.

Globacom said a subscriber gets the 16 gigabytes, spread over a 12 month period. A further advantage of the Glo 4G MiFi is the power of Glo’s 4G network backed up by Glo1, the company’s transatlantic submarine cable. Glo MiFi data bundle offer is part of its latest campaign to give subscribers an ‘unfair advantage’ over their peers who use other networks.

If you have a good Glo network in your area and you have an interest in this, it cost ₦16,000 and is available Nationwide, works into any Glo Outlet around you and get one for yourself.

Watch out for the method to unlock your new Glo 4G LTE MiFi.