The Gionee M6 Lite which was introduced into the M6 series in June is a lighter version of the M6. Gionee is known to be an ambassador of phones with good battery life and it did not disappoint its customers with this brand of M6 series, packing an impressive battery to last long. Gionee may have also decided to make a low-cost smartphone that can compete in the market without leaving everyone closing their bank accounts. It comes in a metallic back design with narrow bezels on the sides. The Gionee M6 Lite comes with high-end features like the advanced encryption feature, an impressive camera and the fingerprint sensor.

Tecno Mobile stormed the smartphone market with the Phantom series. The Phantom 6 is the Phantom series flagship phone for the year 2016, it is slimmer than the previously released Phantom 5 but pretty much having the same specifications with it.

The Phantom 6 and 6 Plus are dubbed the ‘’Beauty and the Beast’’ and they haven’t done badly at all since they hit the smartphone market. The Phantom 6 stepped up the game having an overall new design, more RAM, better battery and a triple security system.

In this article, I pit the Gionee M6 Lite against Tecno Phantom 6. I’m going to compare them according to their specifications (display, design, memory, battery, hardware, software, etc) and when I’m done, I’ll leave you to choose which one is best for you. Enjoy.

As we were expecting, both Gionee M6 and Phantom 6 smartphones come in a metallic back design and sport a 5.5 Inch Full HD IPS, and a resolution of 1080 x 1920 (401 PPI) pixels which is almost becoming a norm among smartphones makers. Both phones also have the 2.5D Corning Gorilla Glass 3 screen protection against bumps and scratches.

The Gionee M6 Lite comes in a powerful Octa-core MediaTek MT6755 Helio P10 chipset, with Mali-T860MP2 GPU and a speed of 1.8GHz frequency processor while the Tecno Phantom 6 proves to be even faster and more powerful sporting an octa-core Mediatek MT6795M Helio X10 chipset with PowerVR G6200 GPU clocked at a speed of 2.0GHz. This implies that the phone is smooth running with terrific video quality.

In terms of storage,  the Gionee M6 Lite offers a 4GB of RAM, 64GB ROM which is expandable to 256GB through a slot for the micro SD while the Phantom 6 offers 3GB of RAM with 32GB of built-in storage and both also support up to 128GB microSD card. In terms of performance and storage, the Phantom narrowly beats Gionee M6 Lite but not in storage. So depending on what does it for you, performance or storage capacity?

The Gionee M6 Lite comes with a 13MP f/2.0 aperture phase detection autofocus (PDAF), dual-LED flash rear camera and 8MP front camera, while the Phantom 6 sports a 13MP Sony IMX 258 sensor and matched with a 5MP sensor from Samsung to create a rear dual-camera setup. The front facing camera has 8MP with its LED flash phase detection autofocus to give a picture quality that is clearer than an average smartphone out there. The Gionee M6 Lite can’t handle Phantom 6’s camera prowess.

At the power house, the Gionee M6 Lite packs a more powerful non-removable Li-polymer 5000mAh battery almost the twice of what Phantom 6 has to offer to give you a long-lasting battery with a fast-charging feature while the Phantom 6 packs a lesser 2700mAh non-removable battery.

The Gionee M6 Lite and Phantom 6 both support 4G LTE, Wi-Fi, and Bluetooth connectivity. The Phantom 6 sports the USB Type C port and a GPS. 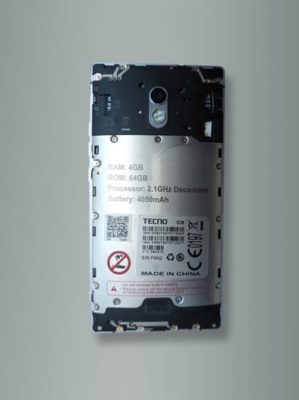 The Gionee M6 Lite runs on Android 6.0 Marshmallow and has a fingerprint sensor which opens at a speed of 0.23 second while the Phantom 6 also runs on Android 6.0 but it does not feature a fingerprint scanner, however it comes with an iris scanner for privacy, it also features an intelligent digital assistant and a voice control function. So, I’d have to say it’s a tie.

Honestly we almost have a tie here, both phones basically cancel out each other in different aspects, and they leave us casting lot in order to pick one. For what it’s worth, the Gionne M6 Lite sports almost the same feature at a lesser cost, so I wouldn’t mind going for it.

So, which do you think is the best between the Gionee M6 Lite and Phantom 6 based on our comparison above?