The S10 brings certain upgrades in the software and photography sections, while most of its other specs remain the same with those of its predecessor, the S9. These are discussed in full details below.

The Gionee S10 comes with the same display specs as its predecessor, which includes a 5.5-inch LTPS IPS LCD display with a Full HD (1920 * 1080) pixel resolution, resulting in a 401 ppi pixel density which promises great display quality. The display is protected by Corning Gorilla Glass 4.

The design of the smartphone is also similar to that of its predecessor.

The Gionee S10 is powered by a processor with eight processing cores and a maximum processing speed of 2.0GHz, eliminating the possibility of frequent lags. The phone has 4GB of RAM and 64GB of internal storage which can be further expanded up to 128GB with a microSD card.

The S9 came with a 13MP+5MP dual camera setup at the rear, and Gionee is upgrading this to 13MP dual rear cameras on the S10. There’s a dual-tone LED flash beside the rear cameras to aid in low-light conditions.

The Gionee S10 sports a 16MP camera upfront for taking selfies, and while it is tempting to tag this phone a selfie-centric phone, the Gionee S10 is overall a camera-focused smartphone, considering the quality of both its front and back camera systems.

Gionee smartphones are known for their large battery capacities, and while the Gionee Marathon series takes care of the mammoth battery section, other Gionee smartphones don’t disappoint when it comes to daily usage time. The Gionee S10 packs a 3700mAh Li-ion battery which can last through a whole day, even on heavy use.

The S10 offers advanced security measures with its fingerprint sensor which is embedded into its physical home button (which lies below the display), making it convenient for you to unlock the phone. Although this isn’t as advanced as what is obtained on the upcoming M6S Plus, it still offers a better security alternative to what we used to have on Android.

The Gionee S10 runs on the latest version of the Android operating system, Android 7.0 Nougat with Amigo OS layered on it. 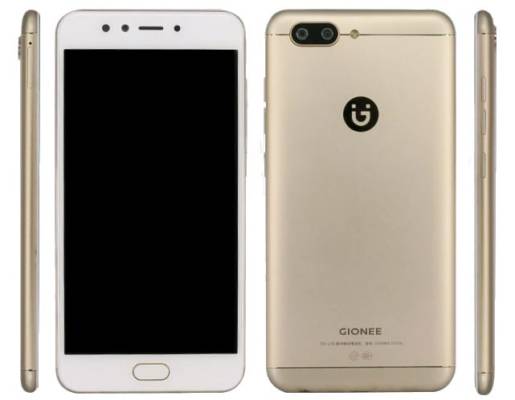 Availability and Price of Gionee S10 in China & Nigeria

The Gionee S10 comes in Black and Gold colour options and is expected to be announced sometime in May 2017 when we’ll have the phone’s full details and info about its price.