In a few years maybe we will be forced to put in the drawer headphones, earbuds, earphones and all the accessories that – today – we use and wear to listen to music. In fact, Science Advances published a study by a group of researchers from the National Institute of Science and Technology in Ulsan (South Korea), which shows a solution based on a “technological” patch made of hybrid nanomembranes capable of conducting acoustic signals. Bloody leather.

The smart patch is extremely thin and transparent, and the electrical audio signal is “carried” through a series of tiny strands coated with layers of polymers in such a way that the material of which the patch is constituted acts as microphones and loudspeakers. 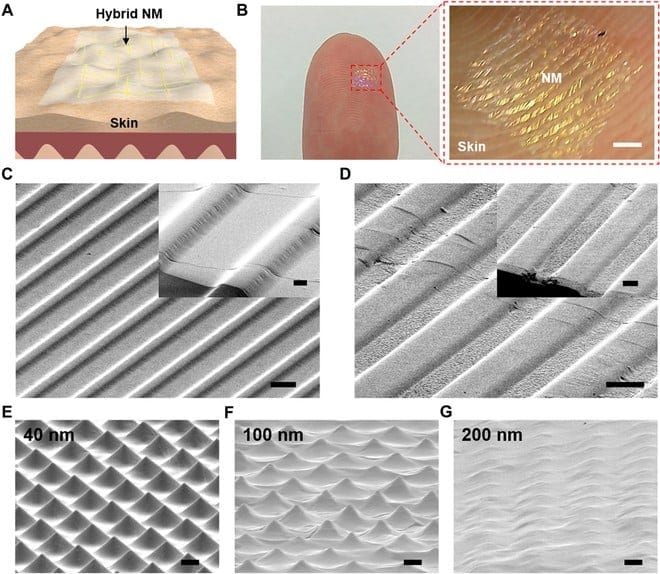 The operation from speaker and microphone is the same, even if opposite – in the first case, the audio signal coming from the source (the device that transmits the music, for example) overheats the network of wires up to 33 degrees, a phenomenon that causes our ear perceives the variations in the pressure in the air as sound waves. Vice versa, in the case of the microphone the sound waves generated by the voice are converted into electrical signals, then sent to an external device such as a smartphone or a computer in order to be listened to. 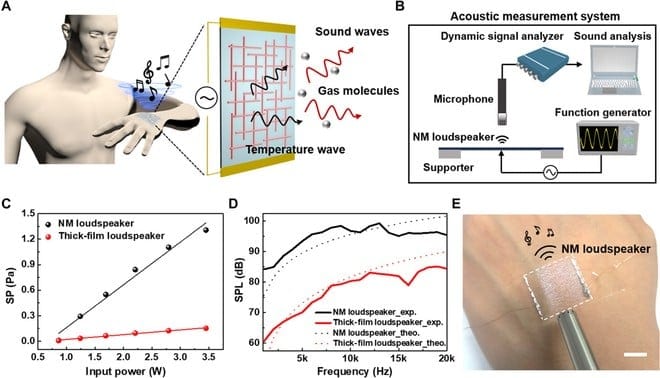 Beyond any – futuristic  – consumer applications, the smart patch will be particularly useful in the medical and safety field – once positioned on the throat, in fact, it is able to perceive the movement of the vocal cords translating the vibrations into sound. The level of precision achieved is very high – think that the microphone has been tested as a voice-based security system and has successfully unlocked smartphones of their rightful owners 98 times out of 100.