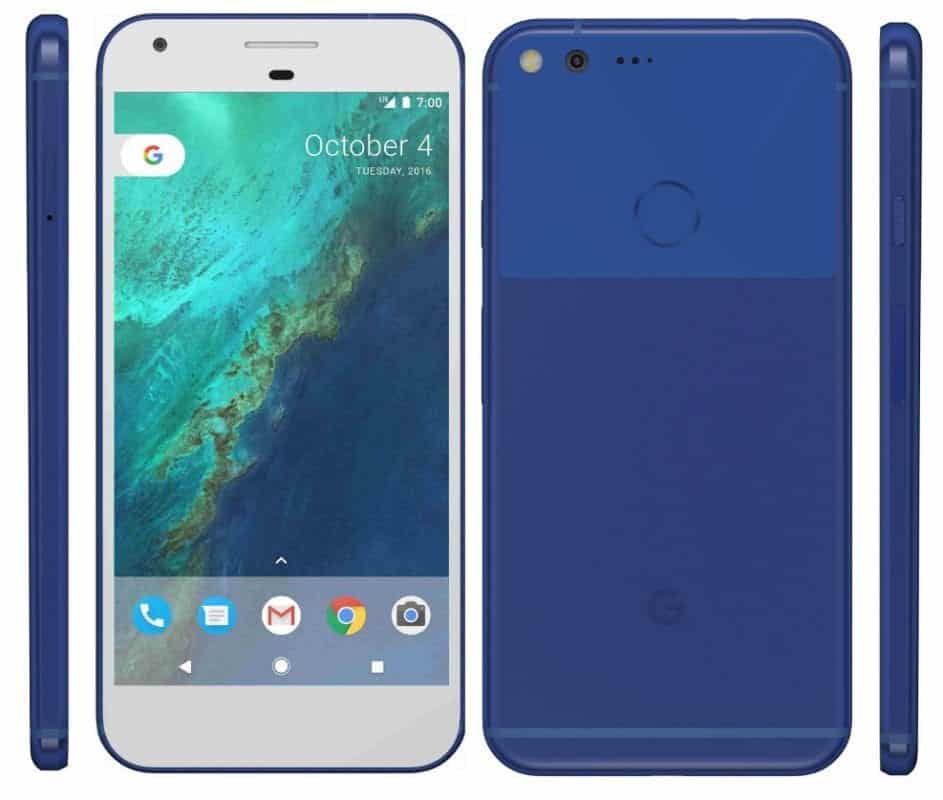 The Google Pixel XL is the largest in the series for now. It comes with a 5.5-inch display which is also powered by AMOLED panels and is protected by Corning Gorilla Glass 4. The display has a pixel resolution of 2560 * 1440 (WQHD Wide Quad HD) which is bound to offer superior display quality.

Like the Pixel, the Google Pixel XL has a glass back with curved edges. It is 8.6 mm thick and weighs 168g, heavier than its junior in the series.

The Google Pixel XL features the same SoC setup as the one found in the Google Pixel. It is powered by a Quad-core Snapdragon 821 processor with a speed of 2.15GHz. This is paired with an Adreno 530 GPU to ensure seamless operations on the smartphone.

Like the Google Pixel, the Pixel XL has an LPDDR4 RAM capacity of 4GB and comes in two internal storage variants; 32GB and 128GB.

The Google Pixel XL comes with a slightly larger battery capacity than the other smartphone in the series. The battery present in the Pixel XL has a capacity of 3,450mAh.

The Pixel XL possesses a 3.5 mm audio jack and a USB Type-C port which makes it USB-OTG-compatible.

At the rear of the device is the same camera setup found on the Pixel. Present is a 12.3 MP camera which uses a Sony IMX378 sensor with a pixel width of 1.55um and a f/2.0 aperture. The camera has PDAF and LDAF and is accompanied by a LED flash.

The Google Pixel XL possesses an 8MP camera unit at the front for selfie purposes.

Everything here is basically the same as what is present in the Google Pixel. The smartphone has three microphones and a fingerprint sensor at the back. It also runs on Android 7.1 Nougat right from the box.

The Google Pixel XL comes mainly in Quite Black and Very Silver colours, but there is also a Really Blue colour variant that is available in limited units in the United States only.

To make the smartphone to everyone, the Google Pixel will also be sold in offline stores including Reliance Digital and Croma amongst others.