How do I know an original memory card? I’ve been asking myself this question for a while now. So I finally decided to make my research on it and thankfully. My search yielded some results.

Before now, I always thought that there was nothing like fake Memory Cards. That every memory card out there is original. I was so very wrong, and I found out numerous times the hard way. I can’t even start to count how many times I’ve just had to stare at my device, not knowing what do. Simply because everything on my memory card has somehow been wiped clean or corrupted.

Not to talk of times where sending or receiving a small sized file can take like forever. Due to the slow or nonexistent write speed. I finally gave up on memory cards and started getting phones with bigger internal storage space. But unfortunately, internal storage always gets full especially with some android games these days reaching up to 2GB in size. Don’t even get me started on movies and series of 720p or 1080p reaching 3GB plus in size.

This has obviously made me start thinking about getting a memory card as the 128GB versions of the Smartphone we have these days are kind of expensive. And I can’t change my device each time my phone gets full, but guess what I can change ? Or rather what I can add? Yes, a Memory card. But if I was gonna get a memory card again, I’m going to do my due diligence this time around and make sure I get an original memory card.

MUST READ ⇒  How Do I Turn Off Parental Controls On My PS4?

After much research and testing of different methods, I finally found a straightforward method that actually works. Best part? You don’t even need a PC. All you need is the memory card you want to check, and Android device and a little data.

The process is pretty simple and just requires you to have an Android device and download an app from the Google Play Store which will be doing all the heavy lifting for you. The app is called SD Insight which does like the name implies; gives you an insight on your memory card. The app is also lightweight with just about 2MB in size.

How To Know An Original Memory Card

The SD Insight app only works for Android version 6.0 and lower, so if you are using android 7.0 or 8.0 then the app will not work for you. However, most android phones are still on the older version and only about 15% of Android users are on 7.0 nougat and 8.0 Oreo.

● Insert the Memory Card into your Android phone.

● Head to the Google Play Store and Search for “SD Insight” and Download the app or you can Download SD Insight For Android By Clicking Here.

● Launch the app and let it gather details about your memory card.

● After that, the app will display information about your memory card. Information like Manufacturer, Model, Size and Manufactured Date. 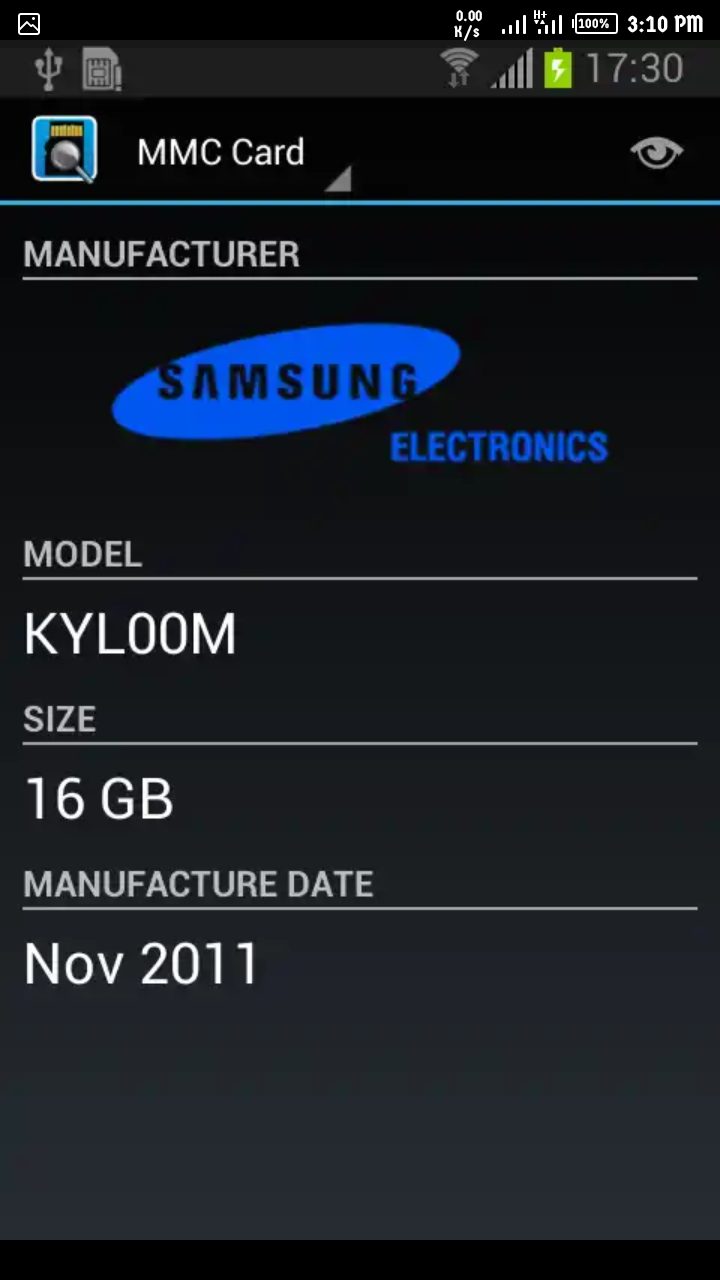 ● You can also click on the Eye Icon at the top right of the app to see other information about the memory card to know if it fake or original.

From the information gotten through the SD Insight app, you should be able to determine if your memory card is actually original or if it is fake. If you would also want to know the write speed of your memory card or if it is either class 4, 6 or 10 then search and Download “A1 SD Bench”.

Make sure you patronize reputable stores who are less likely to sell fake memory cards. Stores like slot, 3C Hub and the rest. With the SD Insight app, I’ve been able to identify so many fake memory cards which have ultimately saved me lots of money.