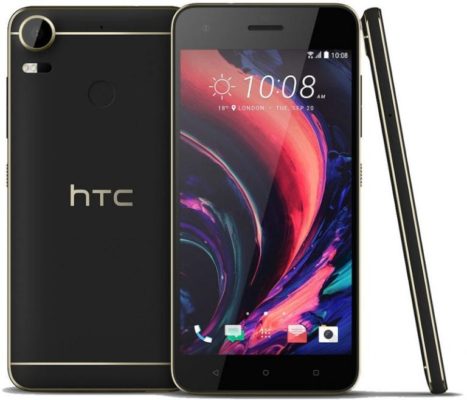 The HTC Desire 10 Lifestyle is said to have a 5.5-inch display which has got HD resolution of 1280 x 720pixels. The smartphone runs on Android 6.0 Mashmallow OS with HTC Sense hovering on top pf it. The Desire 10 Lifestyle model which features lower specs than the Desire 10 Pro boasts of a 13-megapixels rear facing camera which comes with backside-illuminated (BSI) sensor and single LED flash and a 5-megapixel front facing selfie shooter with BSI sensor as well. The front and rear cameras are reputed to be capable of full HD 1080pixels video recording.

The HTC Desire 10 Lifestyle is said to be powered by a quad-core Qualcomm Snapdragon processor of yet-to-be-revealed speed. The smartphone will likely feature two memory variants, one with 3GB RAM and 32GB ROM and a lower version with 2GB RAM and 16GB of built-in storage.

Talking about the design, the Desire 10 Lifestyle is expected to be presented in several color variants ith all the variants featuring  metallic gold-trimmed edges as well as around key external hardwares like the flash, camera lens and antenna areas. The smartphone variants are also expected to feature matte, solid color finishes, quite different from the outlook of the Desire series smartphone models unveiled earlier in the year.

HTC has always paid rapt attention to the audio systems of their smartphones and the Desire 10 Lifestyle is not left out. The device offers Boomsound Hi-Fi Edition stereo speakers along with 24-bit system audio. In addition to that, the smartphones will come with higher quality ear pieces with ramped up frequency range intended to take advantage of the enhanced audio output.

The HTC Desire 10 Lifestyle equally comes with a host of connectivity options like 4G LTE, WiFi 802.11 b/g/n, Bluetooth 4.0, GPS and the smartphone and its Desire 10 Pro sibling are expected to be launched anytime in September with affordable price tag even though there’s no word on that yet, not even rumors.