As is the custom before smartphones and tablets are launched in China, a new Huawei tablet, the Huawei MediaPad T3 8.0 has been certified by Chinese certification site TENAA under the Honor brand, fueling rumours that it could eventually be launched as the Honor Pad 3, even though that might not happen because the device got Wi-Fi certification independently with the model name KOB-L09 last month.

It packs a 4650mAh battery and supports 4G LTE networks. The tablet is powered by a 1.4GHz quad-core processor, has 3GB of RAM and 32GB of internal memory which can be expanded up to 128GB via its microSD card slot.

The Huawei MediaPad T3 8.0 sports a 5MP camera at the rear and a 2MP camera at the front. The device runs on Android 7.0 Nougat out of the box, possibly with Huawei’s custom EMUI layered on top. 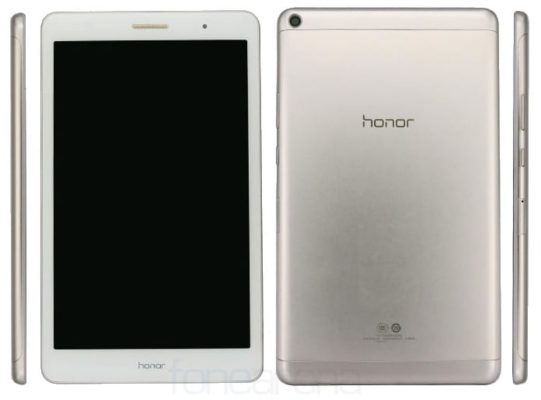 The Huawei MediaPad T3 8.0 comes in Gold and Grey colours and would be announced at the MWC event in Barcelona on the 26th of February, where its price details would be revealed.