Huawei is about to launch the new Nova series, which will be presented to the public on July 26th. The Indian Twitter account of the Shenzhen house has published several teasers in recent times on the entire series, without ever revealing the price. Now a fresh “leak” has emerged that instead shows just the numbers needed to grab the new Nova devices. Not only that – the leak confirms what was already thought for some weeks, that the new phones could also land in international markets. 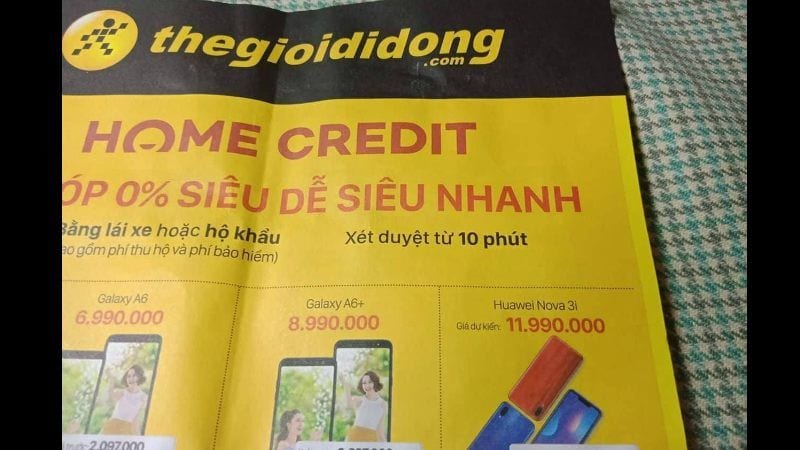 The photos have been published on the Slashleaks website. The images show a leaflet of Vietnam’s largest mobile phone store chain, The Gio Di Dong. This flyer confirms that Nova 3i will be available in Vietnam at a price of around 442 euros.

On July 18th, the Shenzhen house will announce the price of the Nova 3 in China, and it is likely that the Chinese company will take the opportunity to anticipate some news on the Nova 3i. However, some industry experts suspect that Nova 3 and Nova 3i are actually the same devices, and the name change is only to differentiate the areas of the globe in which it will be launched.

Huawei Nova 3 connectivity options include 4G VoLTE, Wi-Fi 802.11ac, Bluetooth v4.2, GPS / A-GPS, USB Type-C and a 3.5mm headphone jack. On the back of the phone is a fingerprint sensor, while the front camera provides the functionality of unlocking the phone through facial recognition.