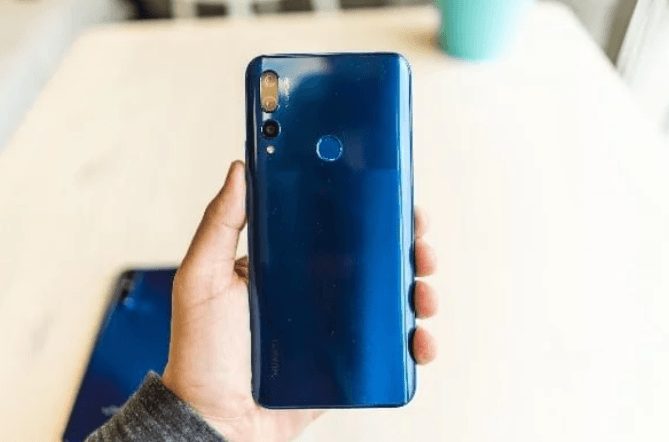 Huawei is set to announce its first smartphone with a pop-up camera, the Huawei P Smart Z. However, it won’t be the last device from the company to sport this feature. According to a new leak, the upcoming Huawei Y9 Prime will also feature a pop-up camera and a triple rear-camera setup on its rear. The leak contains a poster and on it are hands-on images of the phone. The leak also shows the specs of the Huawei Y9 Prime. 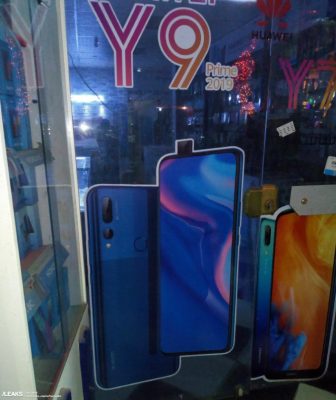 On the front, the phone features a design which is similar to the Huawei P Smart Z. Apart from the third camera which phone sports, the phone is almost exactly the same.

There hasn’t been any information on when the phones will hit the market but we expect it to happen very soon since posters are already in stores and a user was able to get his hands on a unit. The phone is expected to face competition from the OPPO F11/F11 Pro, and the Vivo V15 Pro when it hits the market.

The Y9 Prime comes with a 6.59-inch display with an FHD+ resolution and a 91.006% screen-to-body ratio. It is powered by a Kirin 710F SoC as well as 4GB of RAM and 128GB of storage. On the front, the phone sports a 16MP f/2.2 selfie shooter while on the rear, it has a triple-camera setup including a 16MP f/1.8 camera, an 8MP f/2.4 camera with an ultra-wide angle lens, and a 2MP f/2.4 depth sensor. The first two cameras are positioned together while the third is housed separately, all arranged vertically.

Under the hood of the Y9 Prime is a 4,000mAh battery that charges via USB Type-C while a fingerprint sensor can be found on the rear. The phone is expected to hit the market with a price tag of less than $300. This is cheaper compared to the $313 price tag which the P Smart Z comes with.

The source of the hands-on photos says that the specs of the Y9 Prime are almost the same as the P Smart Z.