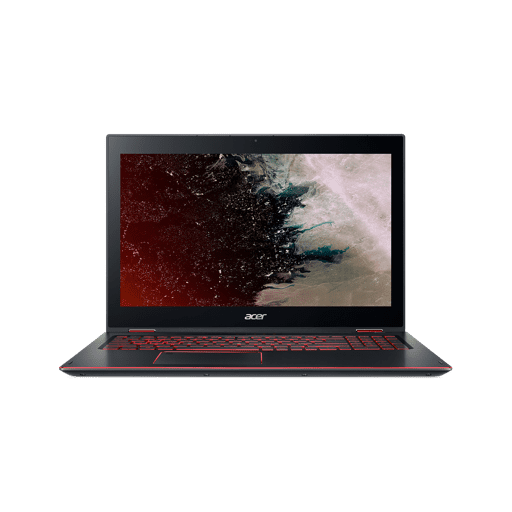 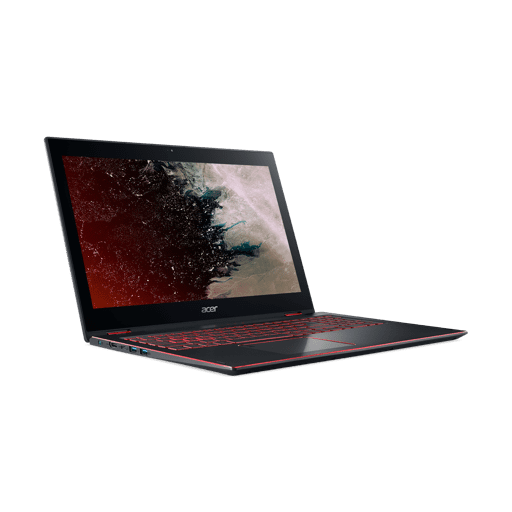 Almost seldom will you find a gaming laptop that is also a convertible – can be switched between laptop and tablet modes. The Acer Nitro 5 Spin is one of those rare “gaming hybrids”. At the heart of this laptop is an eight-generation Intel CPU with sufficient memory and internal storage.

This laptop comes in a stylish design that makes other gaming laptops jealous. The Nitro 5 Spin weighs just a little over 2 kg making it a lightweight device. Starting at around $1300, this laptop is a good bang for the bucks especially with the included high-end GTX 1050. 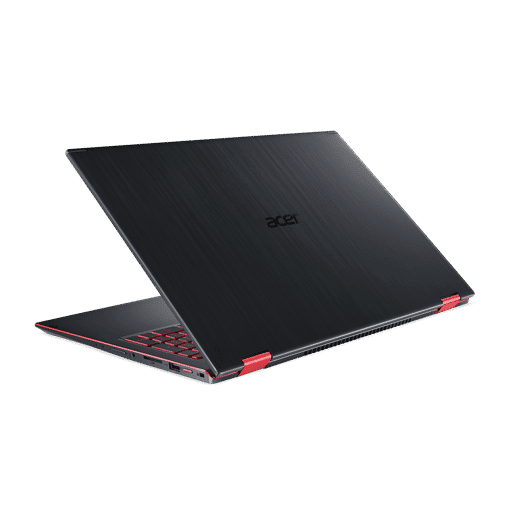 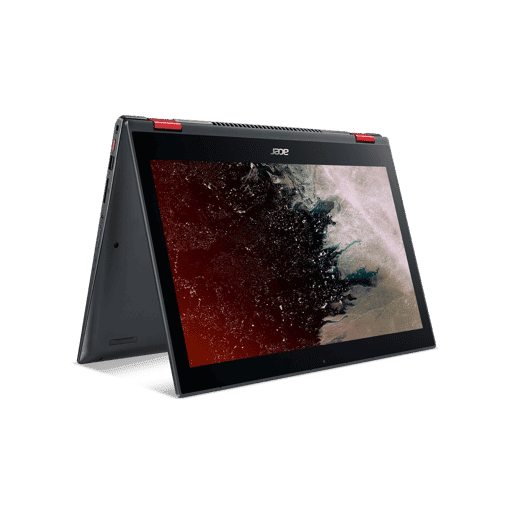 The build quality of the Acer Nitro Spin 5 is premium. However, the top of the lid is a fingerprint magnet as fingerprint smudges are left on it as if it were glass. Atop the lid is the “Acer” logo in silver color.

Since this is a 2-in-1 laptop, a highly durable hinge(s) is needed. Hence, the laptop connects the top and lower halves by two sturdy hinges. Opening the lid is possible with one hand due to the considerably heavier weight of the lower half. Flipping the display in 360 degrees easily transforms the laptop into a tablet. The touchpad keys are outlined in red.

The Nitro Spin 5 measures 381 x 258 x 17.9 mm and weighs only 2.2 kg. Considering that this is a 15-inch laptop, the size and thickness are really good. However, using it as a tablet might not be as comfortable due to the large screen and weight.

Next is the display. The Nitro 5 Spin sports a 15.6-inch touch display. This IPS panel supports resolutions of up to 1920 x 1080 pixels. The screen brightness and color accuracy are very good making the screen good enough for image viewing. By contrast, the display response times are not so fast which is quite expected from an IPS display.

Moreover, the screen is glossy and becomes difficult to see its content while outdoor due to the high reflectivity. Hence, it becomes necessary to use the laptop under a shade when outside.

Opening the lid of the Acer Nitro 5 Spin introduces you to its conspicuous keyboard. The full-sized keyboard with a number pad allows for comfortable typing. The keys noticeably shallow, probably for easy use in tablet mode.

The keys are black with red accents on the sides and red lettering. The WASD keys stand out from the rest due to the bolder lettering and red outlining in addition to the sides. The backlighting is only in one color (white) and it goes off 30 seconds after the last key was pressed. This is pretty annoying as there seems to be no walk-around for altering this.

Moving on, this hybrid laptop performs very well with the high-end processors it packs. Although the CPUs can either be an Intel Core i5 or a Core i7, they are both eight-generation CPUs based on Intel’s Kaby Lake architecture. Both processors have four cores but the Core i7 has a fairly higher base frequency.

Nvidia’s GeForce GTX 1050 graphics processors do the graphics rendering. This old but high-end GPU comes with 4GB of DDR5 video RAM. As a result, the Acer Nitro 5 Spin should be able to run most games seamlessly.

RAM size is 8GB and cannot be expanded as there is no free slot. For internal storage, there is a 256GB SSD combined with 1000GB of HDD. However, since the SSD is considerably faster, it hosts the pre-installed Windows 10 OS.

The Nitro 5 Spin is powered by a 48Wh Li-ion battery, which according to Acer should last up to 10 hours. But as with battery-powered electronics, theoretical specs don’t usually translate to the same in the real world. On minimum settings and usage, users can get up to the stipulated time but far less on maximum settings/usage.

A Qualcomm chip houses the Wi-Fi and Bluetooth radios required for wireless communication.

This slim and lightweight 2-in-1 can be snapped for about $1300 and is available at leading retail stores worldwide.

The obvious absence of an Ethernet port and the shallow keyboard are the main detractors of the Acer Nitro 5 Spin. Given a large number of alternatives in the market, this laptop faces stiff competition even with its fingerprint sensor, 8th-gen Intel CPU, GTX 1050 and good battery life.