The first test of the performance of the iPhone 8 Plus shows that this flagship has many advantages over the competitor device currently available. However, despite the results on the benchmark, the recent real test revealed that the iPhone 8 Plus is slower than Samsung Galaxy Note 8. 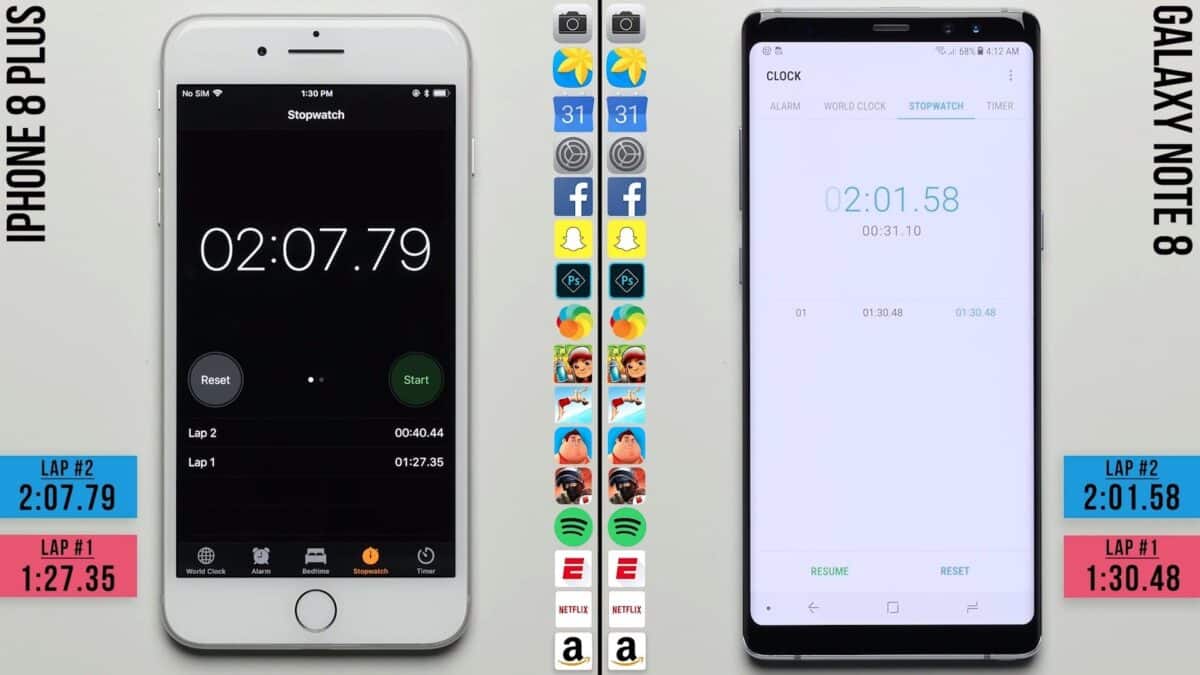 Initial benchmarks show that the iPhone 8 Plus leads the way and leaves the competition with its Bionic A11 processor. But the actual competition has the opposite effect ahead of Samsung Galaxy Note 8. Many people think that Apple is always building the best smartphone version in the world, but this may not be.

On the other hand, the issue of benchmarking that Apple has not published yet accurately describes what is happening in the reality of the iPhone 8 Plus. It is also possible that the manufacturer only performs small optimizations such that the standards run better.

BENCHMARKS ARE NOT REALLY IMPORTANT

The artificial benchmarks are intended to show the power of the hardware, but Apple may not take into account what users do with their device. This is why the test of device configuration from PhoneBuff is very important because it shows how people interact with the phone in reality.

As you can see in the video below some applications are started in a particular order, and some actions are taken next. After all the applications in the test have been opened in the background, the user goes back, through each file to see if it’s still active.

While the iPhone 8 Plus has completed the test in the first place, in the next few seconds, it will lose its advantage because multitasking does not work well. Some applications did not continue to work as usual, and Galaxy Note 8 completed the first test.

As can be seen, the Galaxy Note 8 with 6GB of RAM is twice as large as the RAM on the iPhone 8 Plus, so it also helped a lot in this testing process. And once again demonstrates that a Benchmark is not always reliable, it is also a wake-up call for users to see the huge difference between the test results.

Here is a drop test video between the two rivals.