An iPhone 8 Plus suddenly exploded while charging and is split into half after the explosion – According Gizmochina page.

The incident occurred in Taiwan when the owner of this iPhone 8 Plus plugged it into electricity in 3 minutes. It is the new iPhone 8, the 64GB Gold version that the new owner bought. The blast caused the iPhone to split in two. Soon after, the machine was shipped back to the Apple store for inspection.

The owner of the phone said she charged it with the charger attached to the device, before the explosion, the device is still working normally.

Poor quality charging usually causes phone crashes or flashes when charging. However, in this case, it is the charger of the company – sold with the device that is faulty.

If exploded when using the charger attached to the device, most likely the problem is in the phone itself as in the case of the Galaxy Note 7 last year, some experts said. 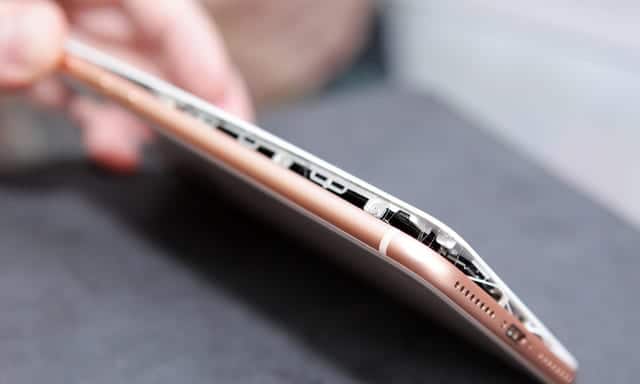 Earlier, many smartphone explosions were recorded globally, for various reasons.

Just last week, shortly after the new iPhone 8 was officially marketed by Apple, many users have reflected they have problems with the quality of the call. Then Apple acknowledged the error and said it was working on a solution.

Apple has not made a statement yet, and this is the first and only iPhone 8 case, so it’s likely that the iPhone 8 users will not have a serious design problem like the Note 7 last year.

However, we still have to wait for answers from Apple.