The lovely stuff about the Jinga Pass 3G, a smartphone released in the month of February 2019 is the display. True, this is a low-cost mobile device but the display provides enhanced features like optimal viewing angles, color accuracy, color reproduction and better power consumption. However, there are other good aspects to this mobile phone as well, which we are about to check out in this review. This smartphone came around before the Hit 4G.

As noticed, the weight of Jinga Pass 3G is about 4.76 oz when the battery is factored in. this weight is considered average when we compare it with other smartphones of the same category. Dimensions are 5.43 x 2.59 x 0.38 inches. Also, it comes in blue and gray colors. The phone has space for two SIMs; one nano and another micro. Actually, this mobile phone is devoid of a fingerprint sensor. These are able to facilitate a better user experience.

The display type is IPS capacitive touchscreen glass. The size is 5 inches when measured diagonally. As also seen, the resolution is low at 480 x 960 pixels. Furthermore, there are 16 million colors in the display and there’s also a multi-touch experience. 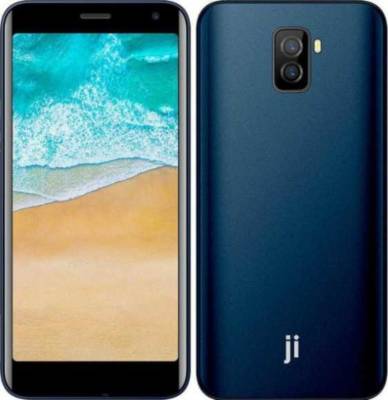 Jinga Pass 3G is a triple camera phone and the camera at the rear is 5 MP plus another 0.3 as the primary lens, pixel resolution is 2592 x 1944, while it is also equipped with LED flash. The camera at the front for selfies is 2 MP and the phone camera are equipped with auto focus, a very good feature in phone cameras that allow for highlighting a single point or surface when snapping pictures.

The operating system inside the Jinga Pass 3G is Android 8.1 Oreo Go Edition, and it probably has the firmware to update to the latest Android Pie. In addition to that, it has MediaTek MT6580 as its chipset, while the CPU is Quad-core 1.3 GHz Cortex A7, and the GPU is 400 MP2.

The space for storage inside the Jinga Pass 3G is trifling 1GB of RAM and this is also accompanied by internal storage of 8GB. However, there is memory card slot for those who still want more space. Sensors in this device are proximity, light, and accelerometer but no fingerprint.

Quite clearly, Jinga Pass 3G is a phone that doesn’t support 4G networks.  That means it is able to work 2G and 3G and it has the ability to power hotspot, GPS, A-GPS, NFC, Bluetooth 4.0, headphone jack, FM radio and micro USB 2.0.

As seen in the review, a stronghold of this smartphone is that although it doesn’t possess fingerprint sensor, it has NFC, a feature absent in many 3G Android smartphones. Secondly, it comes with three cameras and that’s just amazing.

The Li-Ion 2400 mAh battery inside the Jinga Pass 3G which is a removable battery. This mobile device has no wireless charging and no fast charging but the battery has been optimized to operate nicely.

Jinga Pass 3G smartphone official price is approximately $60. As for availability, it has already been released and by now is already in smartphone shops worldwide.

Where to Buy Jinga Phones