When Xiaomi started manufacturing smartphones in 2011, nobody (save for the company’s creators and investors) really paid extra attention to the company. At that time, I’m sure Xiaomi appeared to many as “one of those numerous smartphone manufacturing companies that are created in China every day”. Fast forward to October 2016, nay, to this present day, Xiaomi is on the lips of everyone who is fascinated by these portable computers called smartphones, largely due to the recent launch of the Xiaomi Mi MIX. 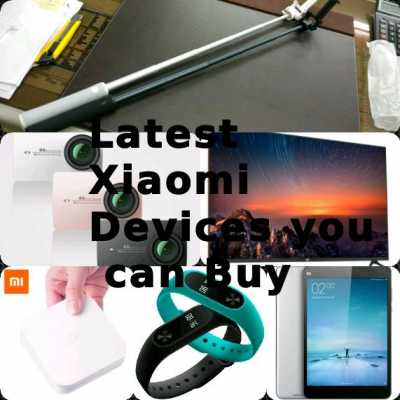 What many don’t know is that Xiaomi has gone far past manufacturing just smartphones; the Chinese company manufactures just about any smart home product you can think of – from smart robotic vacuum cleaners to wifi routers to VR headsets to quadcopters….the list is really long. Xiaomi even has a Mi Home Store in China (with plans to expand to other countries) where you can find some stock to turn your home into a smart home.

Xiaomi makes a lot of new devices monthly, but the major attention is on its smartphones and smart televisions. If you’re a lover of Xiaomi products, or you’ve been looking for devices to turn your home into a smart home, here are all the latest Xiaomi devices you can buy.

All the latest Xiaomi devices

Smartphones are what made Xiaomi popular, so we’re going to take a look at the latest Xiaomi smartphones first.

The latest Xiaomi smartphones are the Xiaomi Mi Note 2 and Xiaomi Mi MIX. Though both smartphones pack high-end specs peculiar to flagship devices, the Mi Note 2 is Xiaomi’s official flagship of the year 2016, while the Mi MIX is a concept bezel-less smartphone that has managed to get everyone talking. 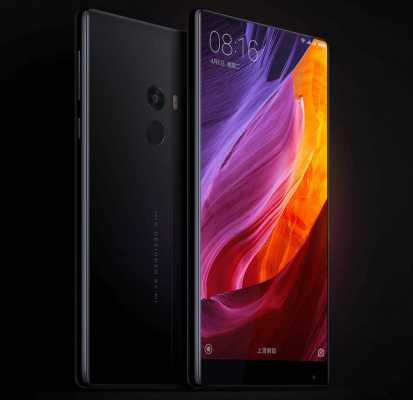 The Xiaomi Mi Note 2 is a high-end phablet with a 5.7-inch FHD OLED display and 77.2% screen-to-body ratio. It is powered by a Quad-core 64-bit 2.35GHz Snapdragon 821 processor and Adreno 530 GPU. It packs a 4000mAh battery with Qualcomm Quick Charge 3.0 technology which allows you to charge up to 83% in just 30 minutes. The smartphone sports a 22.5MP rear camera with EIS, Dual-tone LED flash & 4K video recording, while at the front there is an 8MP Autofocus selfie shooter with 76-degree FOV. 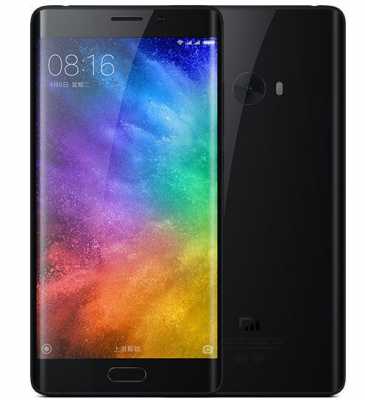 The Xiaomi Mi MIX has a 6.4-inch FHD display with a 91.3% screen-to-body ratio. It’s powered by a Snapdragon 821 processor and comes in 4GB RAM / 128GB ROM and 6GB RAM / 256GB ROM variants, the latter being a Special Edition with 18k carat gold finish on the frame, rear camera & fingerprint sensor. The highlights of the device are the ultrasonic proximity sensor, earpiece and front camera. The lower variant costs $766 while the higher variant costs $889.

Prior to the release of the above two devices, the latest Xiaomi smartphones were the Xiaomi Mi 5s and Mi 5s Plus. The highlights of the Xiaomi Mi 5s are a 5.7-inch FHD display with 2.5D Arc screen, Dual rear cameras with Dual-tone LED flash, Snapdragon 821 processor/Adreno 430 GPU, 4GB RAM / 64GB ROM, and 3800mAh battery. It’s available on Gearbest for $382. 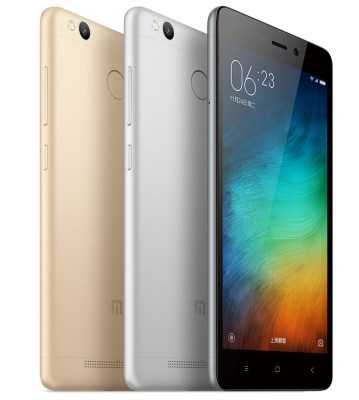 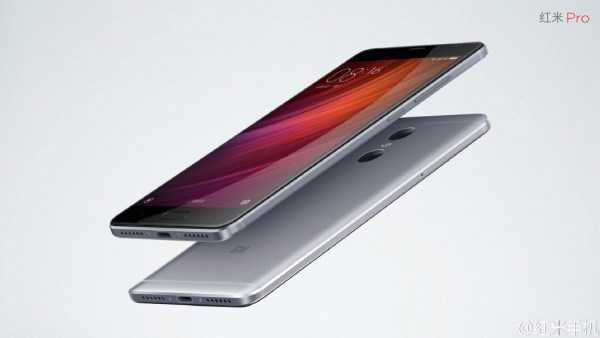 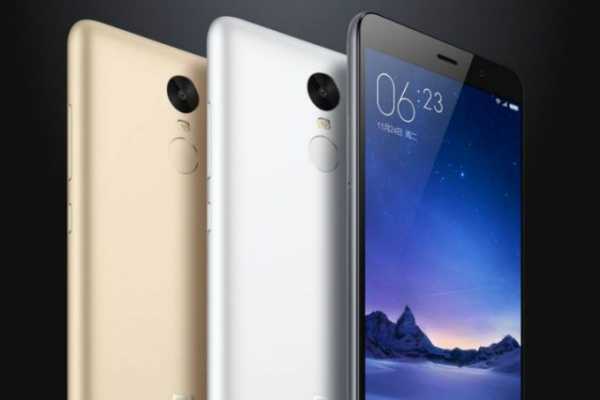 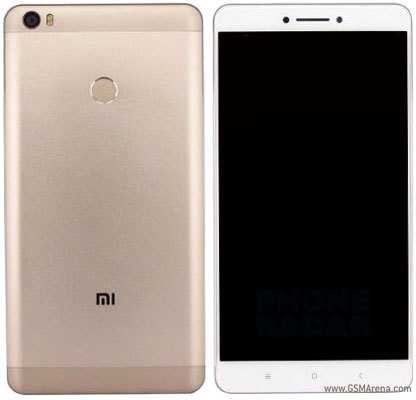 There are two latest Xiaomi VR Headsets. The first is a low-end model (without a remote controller) called the Xiaomi Mi VR Play, which is compatible with smartphones of a size between 4.7 inches and 5.7 inches, has an FOV 0f 93 degrees and an FOV range of 90 to 110 degrees, and has a  support for content up to 2K resolution.  It’s available on Gearbest for just $13. 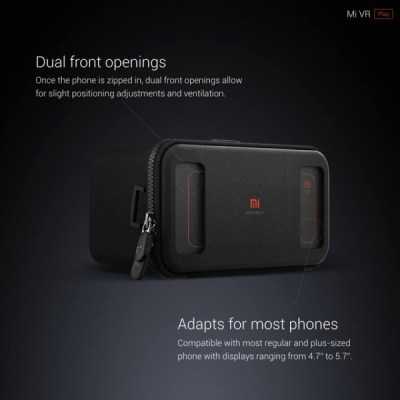 The second is a high-end model which comes with all the features of the low-end model, a Remote Controller, focus adjustment, Bluetooth 4.0, and a USB Type-C port. It os compatible with smartphones of a screen size between 5 inches and 5.7 inches, and is on presale on Gearbest for $73.99.

Recently, Xiaomi claimed they’ve sold more than 10 million powerbanks, and that is because their powerbanks are of high quality. Xiaomi powerbanks are available in different battery capacities and colours.

The latest is the Xiaomi Mi Powerbank Pro with a 10000mAh Li-Po battery capacity, Fast charging, protection mechanisms and a USB Type-C port which can be used with older devices via a special adapter included in its package. There’s also the Mi Power Bank which is available in 20000mAh (which can charge the iPhone 6 up to 7 times, and the new MacBook up to 1.2 times), 16000mAh (with two USB Type-A ports for charging other devices, a micro-USB port for charging itself, and four LED indication lights), 10400mAh (which can charge an iPhone 5s up to 4.5 times), 10000mAh and 5000mAh battery capacities.

Xiaomi unveiled its first-ever laptop(s) around the middle of this year to take on the Apple MacBook Air, as indicated by its name; the Xiaomi Mi Notebook Air.

The latest and trending wearable device from Xiaomi now is the Xiaomi Mi Band 2 which comes with several advanced features like an OLED display which eliminates the need for a smartphone to use the device, ability to unlock your smartphone with the device and lots more. There was a time you could purchase the Mi Band 2 on Gearbest for around $25.

There’s also the Mi Band Pulse which is essentially a Xiaomi Mi Band with a heart rate monitor. You can get the Mi Band for around $16 on Gearbest, though I wonder why you would want to do that when there’s a Mi Band 2.

Xiaomi also has smartwatches, but they are mainly for children.

Xiaomi’s latest camera device is the Yi Dome Camera which can record indoors in HD resolution whenever and however you want it to. This is similar to the Yi Smart Home camera, only that the latter us bigger and can be more easily noticed than the former.

There’s also the Xiaomi Yi Action Camera series which are designed for day-to-day photography purposes and can be used in any condition. The latest in this series, the Yi Action Camera 2 is capable of recording 4K videos and comes with a 1400mAh battery which offers 120 minutes of continuous battery life. It has a 2.19-inch LCD touch screen display which is protected by Gorilla Glass and displays every information you want it to. It packs an Ambarella A9SE75 master chip for seamless operations and offers enhanced connectivity with dual band 5GHz WiFi.

Other Xiaomi Devices you can buy

Apart from the above listed devices, Xiaomi manufactures and sells a lot of other smart devices, especially for home use, and they are so numerous that it would be practically impossible for me to list them all here.

Just think of anything in your home that can be turned to a smart device, and you would find it in Xiaomi’s inventory; WiFi Routers, Drones, Pillow, Robots, LED Light Strips, Bicycles, Air Purifiers, Mosquito Repeller, Rice cookers, Water purifiers, and even clothes. Once you can think of it, Xiaomi has already made it.

Which of these latest Xiaomi devices are you using? How has the experience been? Share your thoughts in the comments section.