4G LTE is no longer something you see only on expensive high-end smartphones; today, any brand or OEM that doesn’t include 4G LTE network connectivity on its smartphone(s) would be considered unserious. On feature phones, however, 4G LTE is still a big deal because…well, no feature phone has the capability. Until now, that is. Lava, the company that made the Metal 24, a feature phone with a metal back, has launched the Lava Connect M1, a feature phone with 4G LTE. 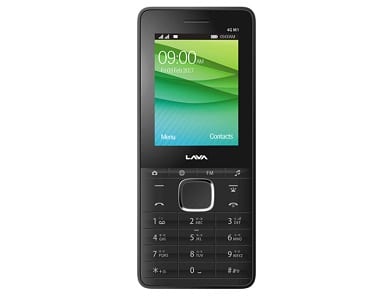 In this aspect, the Connect M1 is your regular feature phone. It has a thickness of 14.5 millimetres and comes with a 2.4-inch display with a 240 * 320 pixel resolution. It is made of plastic as befits its status and comes in black and red colour variants.

Like many low-end budget smartphones, the Lava Connect M1 comes with 512MB of RAM and 4GB of internal storage with an option of further expansion up to 32GB using a microSD card. Its processor can clock up to 1.2GHz, ensuring smooth operations at every time.

A VGA camera is present at the rear of the feature phone to enable you to see the world through a lens that’s not your natural one. Unfortunately, there’s no provision for selfies at the front of the phone.

As mentioned earlier, the Lava Connect M1 is compatible with 4G LTE networks, accessed via a dual SIM slot. Surprisingly, the phone doesn’t come with 3G connectivity, meaning you have to choose between using the slow GSM internet connectivity and conserve battery juice, or blaze through the internet on 4G and suffer short battery life.

The phone also has Bluetooth for transferring files between and connecting devices in a close range, and GPS for location tracking and determination. It packs a 1750mAh battery.