LG is about to bring something different into the smartphone game, something which the company claims is the first of its kind in the mobile world. At India’s Mobile Congress 2017, the company announced that it would be releasing a smartphone with a mosquito-repelling technology. The LG K7i, as it is called, also comes with a mosquito-repelling stand.

The LG K7i sports a 5-inch On-Cell Touch display based on IPS technology with FWVGA (854 * 480 pixels) screen resolution. The smartphone comes with a metal design with a normal back cover. It measures 145.7 * 74.1 * 8.1 mm in dimensions, weighs 154g and sports a rear-mounted fingerprint sensor.

The smartphone will be powered by a yet-to-be-named Quad-Core processor coupled with a Mali GPU. It comes with 2GB of RAM plus 16GB of internal memory which is expandable up to 256GB using a microSD.

An 8MP Autofocus camera behind with LED Flash spices up the camera department giving you top-notch images and videos in all light conditions. On the other end is a 5MP front camera.

The device will run Android 6.0 Marshmallow OS out of the box. It comes as a surprise owing to the fact that the OS is now over two years old and there seems to be no update to Nougat or Oreo available. 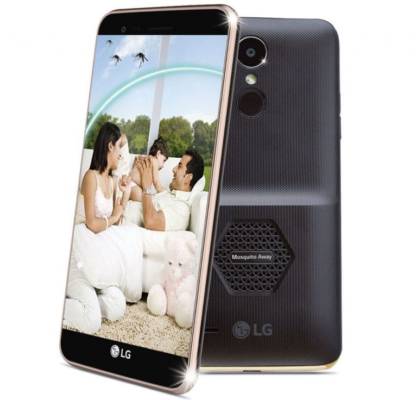 Availability and Price of LG K7i in India & China

The LG K7i will cost Rs. 7990 and can be purchased from retail stores in India. The smartphone comes only in Brown colour.