True that a very important selling point in the LG G6 device is the display. In fact, the display has been compared to that of the mighty Samsung Galaxy S8. We share their sentiments in this case too. But then, you might not want to sacrifice as much as those devices cost just to enjoy a nice display. LG has come to your rescue. The LG Q6 has been officially announced along with its “plus” and “a” variants, and you will also enjoy an excellent display on the device. Stay with us while we walk you through the specs of the LG Q6 device. 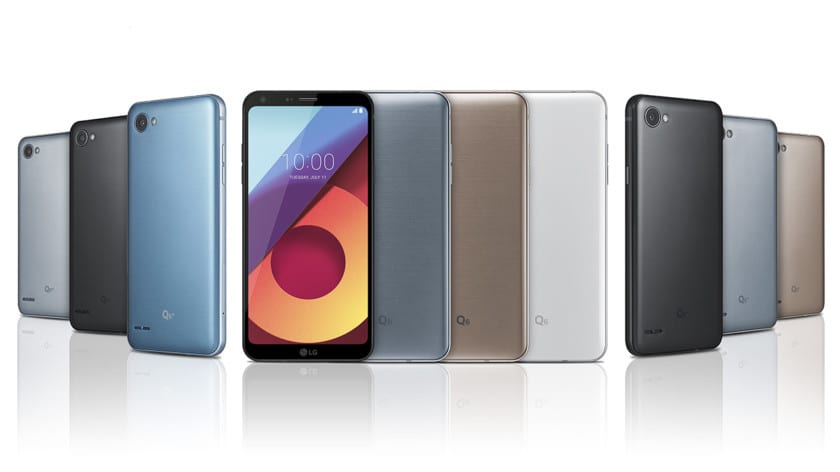 A 142.5 x 69.3 x 8.1 mm measurement is recorded while the device weighs a good 149 g. It comes in various colour variants including the Astro Black, Ice Platinum, Mystic White and Terra Gold colours. The device does NOT come with a fingerprint sensor.

As earlier mentioned, this is the selling point of the device. The LG Q6 device comes with a 5.5-inch and 18:9 FHD+ FullVision display. Display resolution of this device is set at 2160 x 1080 resolution which is quite huge. Not only that, a high 442 ppi would take care of on-screen images and icons displaying on the device. Be sure that such pixel density would not disappoint you. Minimal bezel surrounds the display of the phone.

This smartphone runs on a Qualcomm Snapdragon 435 processor, and it operates on an Android operating system v7.1.1 Nougat.

For your storage of music, videos, documents and many other files, the device avails users with a 32 GB storage space. While on its own hand, a 3 GB RAM would be taking care of how smoothly the device applications are run.

On its rear, there’s a 13 MP standard angle rear-facing sensor. The front of the smartphone comes along with a 5 MP 1000-degree wide-angle front camera. The front camera of the device also comes with LG’s Face Recognition feature. Giving that this is not a high-end device, we do think that LG did justice to this department.

As its powerhouse, the LG Q6 device comes with a 3000 mAh battery and the battery is non-removable. Going by the battery capacity, we think that average smartphone users are the best suited for this device. Heavy users might need a little bit more than that to serve their battery needs.

PRICE AND AVAILABILITY OF THE LG Q6 SMARTPHONE

The price of the LG Q6 has not been made known YET. According to the company, the Q6 sales will begin in Asia starting in August, followed by availability in Europe, Latin America, and North America.

Where to buy LG phones and Pay on Delivery