LG company seems to be trying its hands on many Android Pie phones in 2023. The new LG X6 is also of that class. It is good to know that a new phone is able to operate fast enough than many phones out there. Of course, at the time we checked out this phone we were able to class it among mid-range phones, although the CPU arrives with Cores 8, the Bluetooth is the latest, and it comes with nice or ample storage as well. We take a detail view of the phone below.

The LG X6 comes out in good colors of black and blue. As far as we are concerned right now, there are no other colors available. The thing for making sales of phones increase is the ability to produce them in several other good colors. Dimensions are 77 x 161.3 x 8.7 mm. It is 0.53 feet in height, 0.34 inches thick and 3.03 inches wide. It is a plastic phone.

For the display, it shows that it is an IPS capacitive touchscreen smartphone which is able to handle 16 million colors at the screen display. Also, the size of the screen is 6.26 inches, the screen resolution is found to 720 x 1520 pixels, 24 bit. There is also 269 ppi density, and 79.01 percent screen to body ratio. As far as I’m concerned, the display justifies the price of the smartphone which will be discussed below.

LG X6 comes with four cameras. The cameras to the rear are 16 MP, another 5 MP Super Wide lens with 120-degree field of view and 2 MP with depth sensor. The front-facing camera for selfies is a 13 MP. We love it for the ability it has for video calling. This phone’s setup includes LED flash, PDAF, and AI CAM which is said behaves like humans in recognizing things. It is also very good for shooting at various modes.

LG X6 runs on Android 9.0 Pie, the latest operating software (OS). Also, it comes with MediaTek Helio P22 (MT6762) chipset at the performance department. However, the CPU is ARM Cortex A53, while the GPU is PowerVR GE8320. The Operating System is already a good component on which both the CPU and the GPU can run. 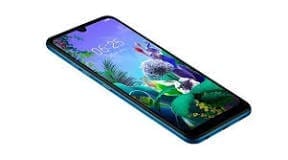 LG X6 is attracting attention mostly for the camera composition but another area receiving attention is memory because of the massive storage capacity it has.  There is 3GB of RAM which cannot be expanded but the internal storage of 64GB can be boosted externally with a microSD card. There are five sensors in the device and they include digital compass, proximity, accelerometer, fingerprint, and ambient light.

Powering LG X6 is a non-removable Li-Po 3500 mAh battery. The mobile device has no wireless charging but has fast charging supports. The talk time and standby times are not specified.

The official price of LG X6 smartphone is $305.05.  This price is not confirmed and we don’t think you will see it as such in every place you find it for sale. Having been released in the month of June 2019, you can find the phone now in smartphone shops both online and offline.

Where to Buy LG Phones