Anyone who uses a computer with Internet access on a daily basis or who often shares files with other users often hear the words virus, trojan, spyware, adware, and malware. It is normal that we think, in general, that they are all viruses and very dangerous for any computer.

Table of contents: show
1 What is malware?
2 What is malware and why is it so dangerous?
3 Virus
4 Worm
5 Trojan
6 Rootkit
7 Spyware
8 Adware
9 Ransomware

In part, this statement is true- in reality, everyone is in some way harmful. However, not all of them are viruses and each has its own characteristics. It should be noted that all of them are called malware. In this post, we will learn to differentiate the different categories of malware and their problems. 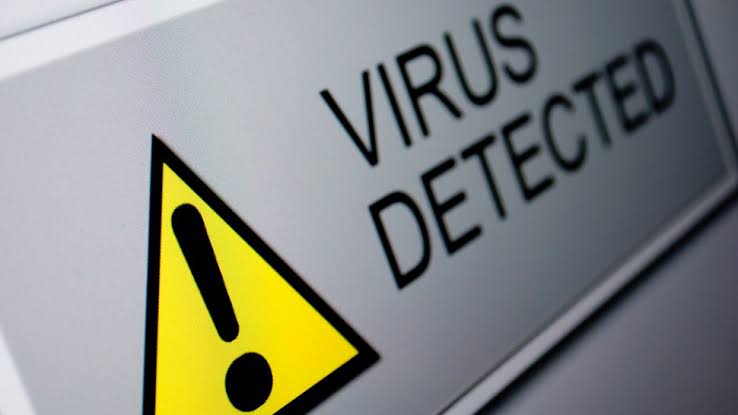 When the first personal computers were placed on office desks and in homes, the various threats to our security and privacy, such as viruses and malware, did not yet exist. At first, most of the time they were naive jokes that caused a fright or some minor damage, but nothing more.

But over the years, malware and viruses have become, in addition to much more effective, more dangerous, as they have changed their actions, no longer trying to scare or provoke reactions in people or the recognition of those who created them, it is simply their function has been modified to obtain from us all the data we have stored on our computers and mobile devices, to extract and steal.

In this sense, one of the tools most used by criminal developers is called Malware, which although we have certainly heard of it, it is possible that we are not fully aware of its scope and danger.

Every time we open an email, an image or software downloaded from the Internet, we are exposed to its actions, often forcing us to format the entire PC and lose all its content, in addition to the time necessary to restore everything in its position usual.

Others have not had this problem, and it is because they are very fortunate or simply take all the necessary steps to make it happen

What is malware and why is it so dangerous?

Malware is a type of software, or a program, specifically designed to cause damage such as information theft, changes to operating system files to take full control of it and any other type of damage, in any type of system, including data centers, personal computers, and mobile devices, among others. This is obviously done without the consent of the owner of the device in question.

Furthermore, one of the most important and dangerous sources of malware are download networks such as torrents, eMules or similar or content download pages. That’s why when we download from these networks or visit these sites we must be extremely careful with what we download.

The term malware derives from English, in particular from the contraction of two Saxon words- “Malicious” and “Software”, and it is the main terminology used by professionals and neophytes to refer to this type of software.

However, more often than not, the term is used as a synonym for virus or as another type of virus. This is not correct since the word “malware” includes viruses in any form and other threats. That is, a virus is another type of malware.

The answer to the second part of the question in the title is simple- there are too many variants of malware, viruses, keyloggers, worms, crimeware, worms, Trojans, scareware, spyware, adware and many others. Furthermore, every day a new one is developed, which makes it practically impossible to fight with them.

As we have installed the best antivirus, and we are aware of taking all possible precautions, sooner or later we will be victims, especially if we leave our destiny only to these elements. Without a doubt, the best tool to combat malware is common sense.

Malware is divided into other categories and will probably continue to do so as they discover and invent new attack methods. These categories include viruses, worms, Trojans, rootkits, spyware, adware, and other lesser-known ones.

From this point, we can learn about these malware one by one with greater depth, which will allow us to face them without desperation at some point.

Viruses are the most used programs to cause damage, steal information and all other types of cybercrime. Viruses differ from other malware in their ability to infect a system, make copies of themselves and try to spread to other computers.

A very common virus infection is the one that uses e-mail attachments, this is because the virus must be activated by the user.

One of the most dangerous registered viruses was “ILOVEYOU”, a love letter that was disseminated via e-mail and is held responsible for the loss of more than five billion dollars by various companies.

A worm is a malicious program that is used by a network to spread over multiple computers, without the user having to take any action. This is the difference with a virus.

Worms are dangerous because they can be activated and spread through completely automatic processes without the need to be connected to any file for execution. While viruses collect modified and corrupted files, worms usually consume bandwidth from a network.

Trojan, is short for the horse of Troy and is a set of functions developed to perform unwanted actions. It can be, for example, a file that is downloaded as a screen saver, but, after installation, various programs or commands are executed.

Not all Trojans alter a computer, in some cases, they are only components of which one has no knowledge. Hence the relationship with the Trojan horse, historically speaking. We receive content that appears to be a certain file but contains other things that we did not expect or were not aware of.

Rootkits include some of the best-known malware. These programs simply take control of an operating system without the user’s consent and without being detected.

The great merit of the rootkit is its ability to hide from almost all antivirus programs through advanced programming code. Although a rootkit file is found, in some cases it can become indestructible. Rootkits are the most effective way to invade a system without being detected.

Spy, in English, and it is precisely for this purpose that spyware was born. At the beginning, spyware monitored the pages visited and other browsing habits and informed the authors. By having this type of information, authors could reach users more effectively, for example, with advertisements based on “spyware” research.

However, over time, spyware has also been used to steal personal information (such as passwords) and even to change computer settings (such as the browser’s home page).

Currently, spyware has gained popularity and a large number of companies are developing specific programs to eliminate this type of malware. These are the antispyware programs.

The latest malware on this list usually does not harm our computer, but annoys it, with certainty. Adware are those programs that automatically display, execute or download advertisements and advertisements without the user being able to interfere.

Currently, adware is considered a category of software, which differs from freeware (free programs), demos or tests (test programs), since they are intended to be disclosed and not to damage a computer or system.

Although we are thoroughly familiar with the different types of existing malware, it is one of the fundamental tools to combat and eradicate them from our devices, the truth is that this knowledge is of little use if we do not take some precautions that have to do with common sense or do not install good antivirus software.

Malicious software that gets its name from the combination of the terms Ransom (rescue) and ware for software (computer program); once it infects an encrypted computer and restricts access to certain system files until they are inaccessible to the user unless you pay a ransom.

The most common methods of propagating ransomware such as Trojans, ie malware that appear as harmless software or as worms, programs transmitted from one computer to another. Wannacry, the malicious software that hit thousands of computers on May 12, was distributed as a worm that exploited a vulnerability developed by the National Security Agency (NSA with its acronym in English) and that was released by The Shadow Brokers group.