Micromax seems to be on a smartphone rampage recently, even beating other OEMs to release a smartphone that’s upgradeable to Android 8.0 Oreo only hours after the latest Android version was announced by Google. The company has launched a mid-range smartphone, the Micromax Evok Dual Note with a beautiful design and fast processor.

The Micromax Evok Dual Note comes with a beautiful metal design which consists of a curved front and rear; a 5.5-inch Full HD display with 2.5D curved glass at the front and a curved back panel which aids easy grip and gives it a sleek, premium feel.

The smartphone has antenna lines running horizontally through its back panel at the top and bottom, and it uses a combination of a physical home button and capacitive navigation keys.

A 64-bit MediaTek MT6750 processor which uses eight cores and can run at a speed of up to 1.5GHz powers the Evok Dual Note under the hood, while a Mali T860 GPU runs its graphics operations.

The smartphone comes in two variants, the one with 3GB of RAM and the other with 4GB of RAM. Both variants have 32GB of internal storage which can be expanded up to 64GB using a microSD card.

A dual camera setup consisting of a 13MP primary camera which uses a Sony IMX258 sensor, and a 5MP secondary camera is present at the rear of the smartphone with a LED flash nested between them.

Selfies are taken care of by a 5MP camera which comes with a soft LED flash to brighten up your happy moments.

The Evok Dual Note can last up to a day on average use, thanks to a 3000mAh battery which provides its running power. It has a hybrid dual Nano SIM slot which gives it 4G VoLTE support.

The smartphone has a USB Type-C port which aids quick charging, and has USB OTG for reverse charging other devices with he phone’s battery juice.

The Micromax Evok Dual Note runs on Android 7.0 Nougat out of the box and sports a fingerprint sensor which is embedded into its physical home button at the front. 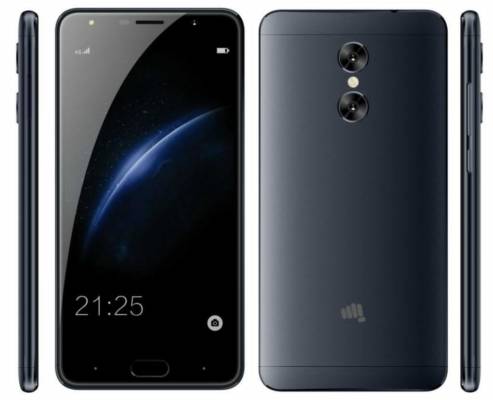 Availability and Price of Micromax Evok Dual Note in India

The 3GB RAM variant of the Micromax Evok Dual Note comes in Gold colour and costs Rs. 9,999 in India. The price of the 4GB RAM variant is unknown, but we know that it will come in Prussian Blue colour in addition to the Gold colour.

The smartphone would be sold via Flipkart from 12AM on the 23rd of August and would come with several launch offers.