The Moto C Plus as is rumoured is expected to be launched along with its sister device, the Moto C. Both have been subjects of leaked images, specifications and even the Lenovo-owned company, Motorola, released a video on its 44th anniversary to tease four of its upcoming devices with the Moto C and Moto C Plus appearing to be two of those devices.

Unlike its sister device which could come in two versions, the Moto C Plus is expected in just the 4G version. With capacitive touch buttons and front cameras with LED flash, both Moto C and Moto C Plus feature similar specs, but all the same, there appear to be some disparities, which is why the Moto C Plus has been reviewed below. 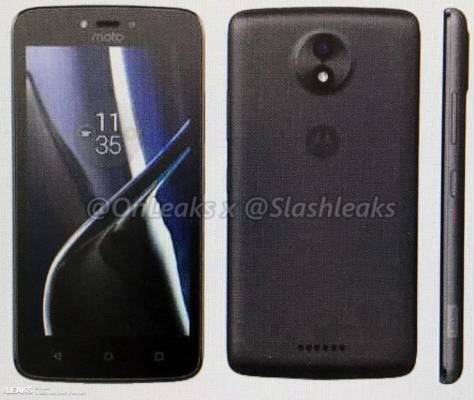 If rumours are anything to go by, the Moto C Plus could be one of Motorola’s cheapest phone yet, along with the Moto C device even cheaper than the Moto G5 and G5 Plus with which it shares some of its features.

With a 5-inch screen size similar to that of the Moto C, the Moto C Plus has an edge still in the display department been that it has an HD screen resolution of 720*1280 pixels.

The smartphone is expected to come with a camera module possessing an 8MP rear camera with LED flash while the selfie camera remained at 2MP with a LED flash just like its sister device. Its design features a camera hump at the rear which distinguishes from the Moto C; otherwise, they feature same plastic build with a speaker grill resting just above its base.

Depending on the user’s region, the Moto C plus will pack a 1GB or 2GB RAM and an internal storage of up to 16GB which can be further expanded using a microSD just in case space runs out. There is no gainsaying that these are low specs, yes, but what more is expected of an ultra-affordable smartphone.

Although it is expected to run on the Android 7.0 OS (Nougat) out of the box and be powered by a 64-bit MediaTek quad-core processor which is clocked at 1.3GHz, the device’s selling point remains its impressive 4000mAh capacity battery no doubt.

Availability and Price of Moto C Plus in China

Tthe Moto C Plus is expected to come in black, white, red and gold colours, and it’s only a matter of time before the smartphone is officially announced, as details regarding its availability and pricing are unavailable at the moment.