For many iPhone fanatics, this Apple 11.3 iOS update is one of the biggest so far. There have been a ton of great reviews for those who have installed this latest iOS update from Apple. Here are the latest info and user reviews so far on the features of this huge move from Apple. 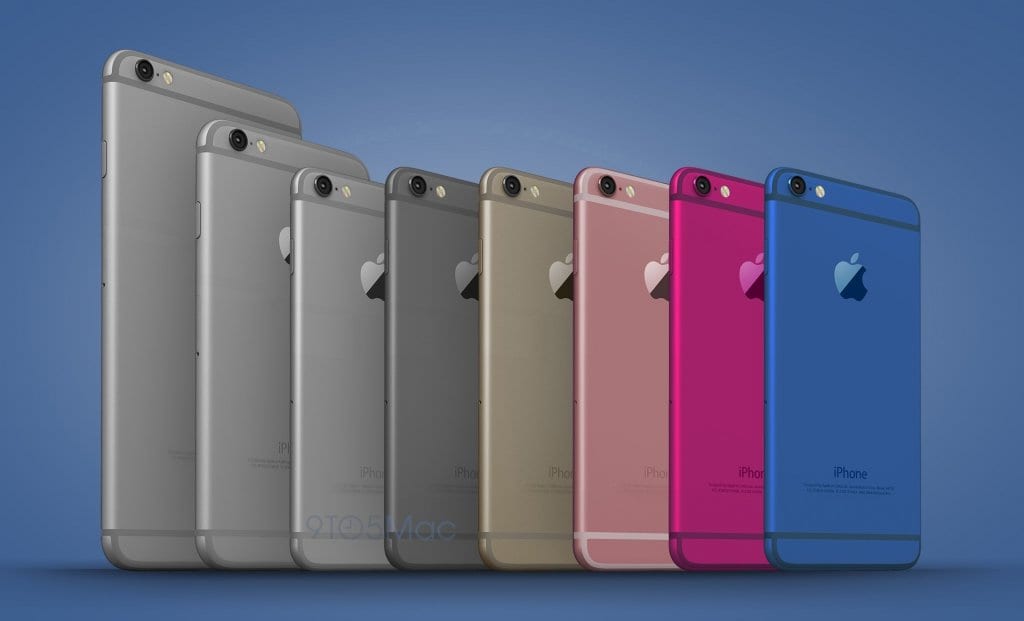 For those who have nearly used up their internal memory on their iPhones, this will surely get you excited. The latest update clears up memory space for you. So now, your device gets more memory. This can be quite noticeable especially with devices that have the higher gigabyte capacity.

Many users say that performance speed and smooth operating transitions have gotten a major boost. Everything just feels quicker after the update. It even speeds up animations on your devices.

Due to public clamor, Apple has finally fulfilled its promise to give users the option to turn off this much-maligned iPhone-slowing down feature. Apple came under fire from angry users when they admitted to slowing down old iPhones with aging batteries. To calm down the firestorm that they created, Apple promised to address this issue when their latest update on the iOS 11.3 comes around. Today they have fulfilled their promise. The latest update allows you to enable or disable device throttling on the iPhone 6 and 7. This will give iPhone 6 and iPhone 7 users a faster phone and longer battery life for sure.

Slowing down the older versions of the iPhone was Apple’s way of avoiding a sudden shutdown, freezing and crashing of these models. Not limiting phone performance causes a huge strain on the battery. So, this is one way of avoiding crashes due to older batteries in the iPhone 6 and 7.  Newer devices like the Apple 8 and upwards does not have this option enabled. Although, they have experienced an amazing increase in battery life due to optimization from the update. Advice is also given for those who have a low performing battery and there is a need to upgrade.

There are now four new Animoji Characters in iOS 11.3. When you use the Messages app the Dragon, Lion, Skull and Teddy Bear characters will imitate your face movements and record your voice. Great new features for emoji lovers out there. With the powerful combination of the A11 Bionic Chip and TrueDepth camera, users can even come up with Animoji karaoke videos.

Apple has fired the first shot towards Facebook Messenger. iMessage is not only for Contacts and Friends any longer, with the iOS 11.3 update comes this new feature gives users the ability to chat with businesses directly using the Messages app on their iPhone and iPad. This will be available in Beta in the United States and Canada for the moment. Top companies will soon enable this new messaging feature with their customers, early partners include Home Depot, Marriot Hotel, and Wells Fargo.

If you have an inquiry, you can start a thread with any business that you choose who has iMessage and make purchases directly using Apple Pay. Apple can capture a huge market from Facebook because this new feature on iMessage can eliminate the need for users to go on Facebook and use Messenger for business inquiries. Perfect timing for Apple to launch this as Facebook is right in the middle of controversies regarding the mishandling of private data of Facebook users. Apple has announced that “Users are always in control of their contact information–businesses will not receive any personal data by default.”

iPhone 8 and 10 users have complained that messages on their devices are always in a mess. This is fixed with the latest update. No more of messages being shown in different orders which cause confusion for many.

Upon installing the iOS 11.3 you may have noticed a Data and Privacy feature which says, “Apple believes privacy is a fundamental right.

Apple apps have a small icon which seems like two persons shaking hands. Tap on this icon and you can see a list of all the data that you are sending back to Apple and why they need that data.

We are all aware of the Facebook issue wherein private data were made public. Apple wants to show its loyal customers that transparency when it comes to data collection and why it is being done is a great PR move by Apple to offset the recent Facebook privacy concerns.

Get quick and easy access to your medical records which you can now store on your iPhone.  A great new feature in the Health App allows you to connect with your health care provider. You can also download your private medical records which are encrypted for security reasons. A lot of information will be shown such as lab results, allergies, vaccines and any maintenance medication that you are currently taking. It may take a while before everyone can connect to all health care providers, only select and major providers are available to connect to at the moment.

The AR Kit in the Apple iOS 11 gives millions of iPhone and iPad users the biggest platform to experience augmented reality. It is a much-loved feature on Apple devices. Here you can add “virtual stuff” on something that you see on your screen. While viewing a table for example through your iPhone, you can start adding a cup, a lamp, and other stuff to see what it would look like. Cool for Interior Designers. This latest update now gives users an AR experience using vertical surfaces and 50% clearer resolution. 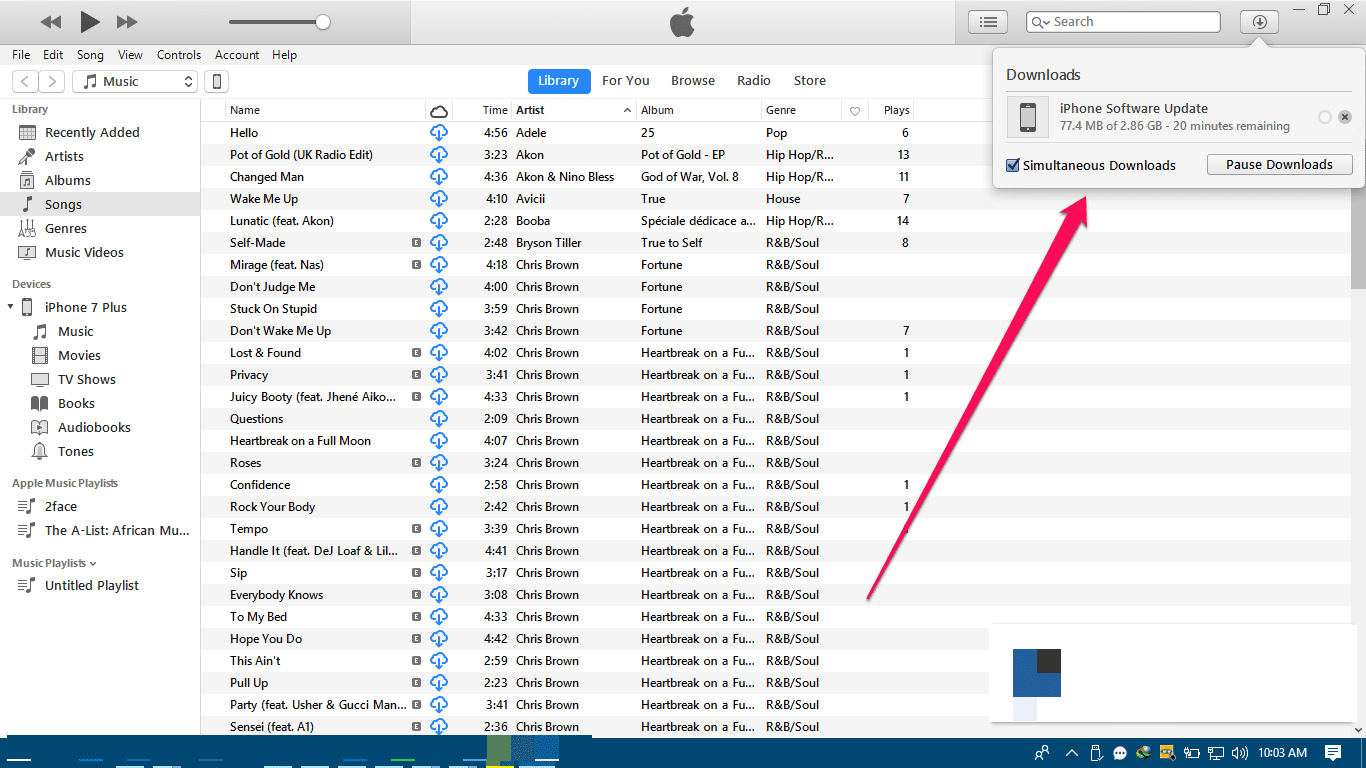 • Displays information on iPhone maximum battery capacity and peak performance capability
• Indicates if the performance management feature that dynamically manages maximum performance to prevent unexpected shutdowns is on and includes the option to disable it
• Recommends if a battery needs to be replaced
• For more information on batteries and performance, visit this website.

• Maintains battery health when iPad is connected to power for prolonged periods of time, such as when it is used in kiosks, point of sale systems, or stored in charging carts

• When an Apple feature asks to use your personal information, an icon now appears along with a link to detailed information explaining how your data will be used and protected

Business Chat (Beta) – US only

• Communicate with companies to easily ask questions, schedule appointments, and make purchases inside the built-in Messages app on iPhone and iPad

Health Records (Beta) – US only

• Access health records and view lab results, immunizations, and more in a consolidated timeline in the Health app

• Adds ability to sort customer reviews on product pages by Most Helpful, Most Favorable, Most Critical, or Most Recent
• Improves Updates tab information with app version and file size

• Adds two new Shuangpin keyboard layouts
• Adds support for connected hardware keyboards using the Turkish F keyboard layout
• Improves Chinese and Japanese keyboards for better reachability on 4.7-inch and 5.5-inch devices
• Enables switching back to the keyboard after dictation with just one tap
• Addresses an issue where auto-correct could incorrectly capitalize some words
• Fixes an issue on iPad Pro that prevented the iPad Smart Keyboard from working after connecting to a captive Wi-Fi access point
• Fixes an issue that could cause the Thai keyboard to incorrectly switch to the numeric layout when in landscape mode

Other improvements and fixes