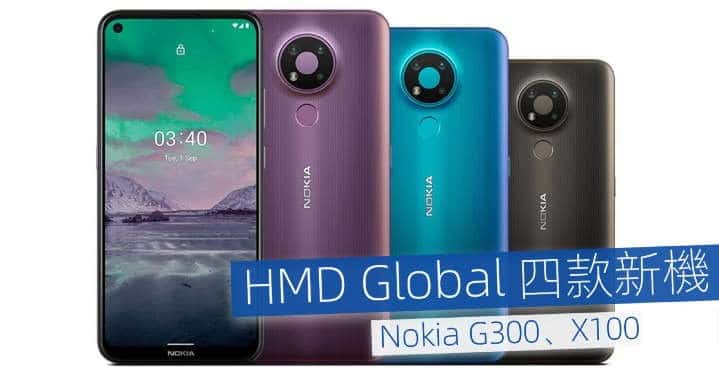 HMD Global will host a launch event on October 6 where the company will introduce its first tablet. Not only tablets but there are also several new phones that are believed to be launched at the event. Two of them are the Nokia X100 and the Nokia G300 whose signs of arrival have been indirectly confirmed by Netflix.

Rumors of the arrival of the Nokia X100 and Nokia G300 first circulated in August when popular leaker Evan Blass, posted a list of the devices HMD Global will be releasing. The list also reveals the code name of the device. From that list, only the Nokia G50 has been on the market while the new Nokia T20 will be released on October 6.

Well, now the presence of the Nokia X100 and Nokia G300 has been confirmed as they appear on the list of devices that support Netflix HDR. The list also includes the Nokia 8.3 5G, Nokia G50, Nokia XR20, Nokia X10, and Nokia X20.

Regarding the specifications, there is not much information explaining the details of the Nokia X100 and Nokia G300, although the last name appeared in a leak that was exhaled a few days ago which has revealed the design and specifications.

This phone will carry the Snapdragon 480 5G processor, a chipset that has also been embedded in other Nokia phones released this year. The Nokia G300 will feature a 6.57-inch LCD screen with HD+ resolution. The front screen design features a waterdrop notch that houses an 8MP selfie camera.

Meanwhile, on the back, there is an Oreo-shaped camera module that houses a triple camera system with a 16MP main sensor, a 5MP ultrawide angle lens, and a 2MP depth lens. The phone will offer 64GB of expandable internal storage. The Nokia G300 will likely also be powered by a 4470mAh battery with fast charging support and run on the Android 11 operating system out of the box.

Meanwhile, regarding the Nokia T20 Tablet, recently a news site from Vietnam posted a leaked appearance of the tablet. Even though it was deleted, a reader who had seen the article then shared the image with SuomiMobiil.

The image shows that this tablet has a good look at the front and back design. The Nokia T20 has buttons and a speaker bar on the top edge, as well as a front camera on the tablet’s left bezel. While at the bottom corner of the device is equipped with a 3.5mm audio jack, while the back of this device features a single camera accompanied by an LED flash.

From previous reports, the Nokia T20 tablet is claimed to feature a 10.36-inch screen which is expected to run on Android 11 OS. The device will likely be supported by one of the Unisoc processors such as the T610, T618, or T700. The Nokia T20 tablet will pack in 4GB of RAM and 64GB of internal storage.

There’s no word yet on the size of the battery that will be powering it, but its CQC certification reveals that the tablet is very likely to only support 10W charging. The Nokia T20 is expected to arrive in Wi-Fi only and Wi-Fi + 4G versions. The first variant will probably cost around £185 or around Rp. 3.5 million, and the 4G-supported variant is likely to be priced at £202 or around Rp. 3.9 million.