Plagiarism or source of inspiration? Perhaps this is the most objective issue we can report with regard to Oppo’s new device, which goes back quite a bit to a well-known model in the elite segment of the smartphone market.

The Chinese phone brand recorded a curious patent with a similar display to the archetype of the iPhone X.

Some leaks show a screen that takes the device from end to end, and at the top, there is a cutout where the sensors and front camera will stay.

Well, now a new leak indicates that this screen will be directed to the phone that goes by the name of Oppo R13, which in turn is basically another “clone” of iPhone X after we have seen many iPhone X clones lately – check it out! 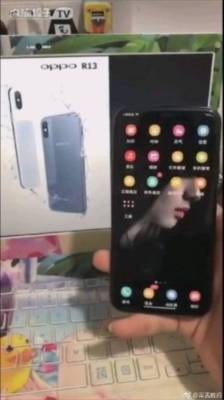 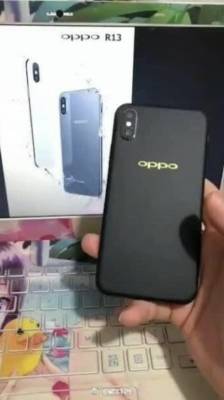 In addition to the borderless concept with the same notification centre – which takes the place of the physical home button  – at the bottom of the screen, the R13 also comprises two back cameras and a vertically allocated LED flash, with the Oppo logo in bright green colour contrast with the darkest tone of the smartphone.

We can see in the box that this phone will be available in two variants of black and white.

We do not yet have any substantial information on the specifications of the Oppo R13, but if the latest reports are correct, Oppo will officialize this model in early 2018.

In addition, there is still a question that always appears when the iPhone X name is on the agenda – despite being a mere “clone” coming from the Chinese company, what will be the price of the new Oppo phone? Certainly the same will not be in the house of $ 1,400.