Oppo Realme 3i is a mobile phone for savvy smartphone users. This is a mobile device that was announced in the month of January 2019 and later released in June 2019. The phone is good on all fronts except for a few caveats such as at the display features where it is large enough but the pixel resolution is lower than what we expect for that kind of big screen. The downside to this is that it is not good for gaming in the sense that some games will require higher resolution. Let’s get the full features.

Oppo Realme 3i Design and Display

The Realme 3i certainly does look modern when you spin it around and see the fingerprint scanner. Sometimes, that is what some of us first ask when we are handed a new mobile device. The simple idea to that is that life becomes easier and security wise, your phone is secured. The phone is flat, bar shape, weigh about 178 grams, comes in diamond blue, and diamond red colors.

Switch it on and the 6.22 inches screen beams but to your surprise, it doesn’t have the kind of display you want. However, don’t forget that this phone still has 16 million colors at the display, being an IPS LCD capacitive touchscreen model. The user would have to manage the display of 720p x 1520 pixels resolution, 19:9 aspect ratio and 270 pixel density ppi.

I love the very fact that the front camera in the Oppo Realme 3i matches the rear camera which we automatically refer to as the main camera. What are the implications? None. Except that both will imbibe the same features of auto focus, continuous shooting, HDR, and many other niceties that smartphone camera departments come with. Camera features in Oppo Realme 3i show 13 MP having depth sensor and f/1.8 at the rear. The other camera at the rear is 2 MP. Following that, 13 MP is situated at the front for selfies. This one is higher at f/2.0 aperture. The camera video performance is a good 1080p. but with what you see here, you know that this is a triple camera phone.

Oppo Realme 3i runs on Android 9.0 Pie ColorOS 6 user interface that you will certainly admire when the phone is booting. This is the latest and fastest Android for now and it may be able to upgrade to future operating software (OS). The smartphone comes with MediaTek MT6771 Helio P60 chipset with 12 nm technology and 64-bit architecture. Take things further with CPU Octa core Cortex A73, while the GPU is Mali G72 MP3. These components guarantee moderate speed of operation and ease of multi-tasking. 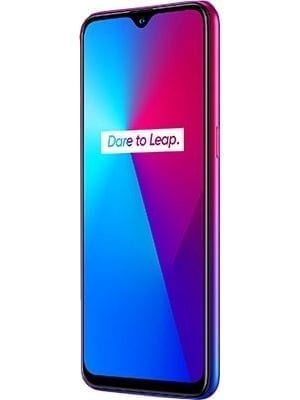 The manufacturer has blessed Oppo Realme 3i with 4GB of RAM which cannot be expanded but the internal storage of 64GB can be boosted externally with a microSD card that can be slotted in a dedicated slot, yes boost it up to 256GB! Sensors are a fingerprint, accelerometer, proximity, and probably others.

Add to that, components like Wi-Fi, hotspot, Bluetooth 4.2, GPS, A-GPS, GLONASS, BDS, NFC, USB 2.0, audio jack, and other features such as FM radio. The NFC feature here is a hit but the Bluetooth should have been the latest 5.0 model.

Oppo Realme 3i has non-removable Li-Ion 4230 mAh battery. The mobile device has no wireless charging but has fast charging supports. That is something hard to find in smartphones of this nature.

Lastly, the price of the Oppo Realme 3i smartphone is approximately $229.99. For the availability, the smartphone is available for shipping as from June 2019 onward.

Where to Buy Oppo Phones