OUKITEL has unveiled a new smartphone, the OUKITEL K5. The smartphone joins the trend of smartphones sporting a bezeless display with an 18:9 aspect ratio on display. On all fronts, the OUKITEL seeks to dazzle users with its modern 3D space design and IML craft, with very reasonable specs as well. 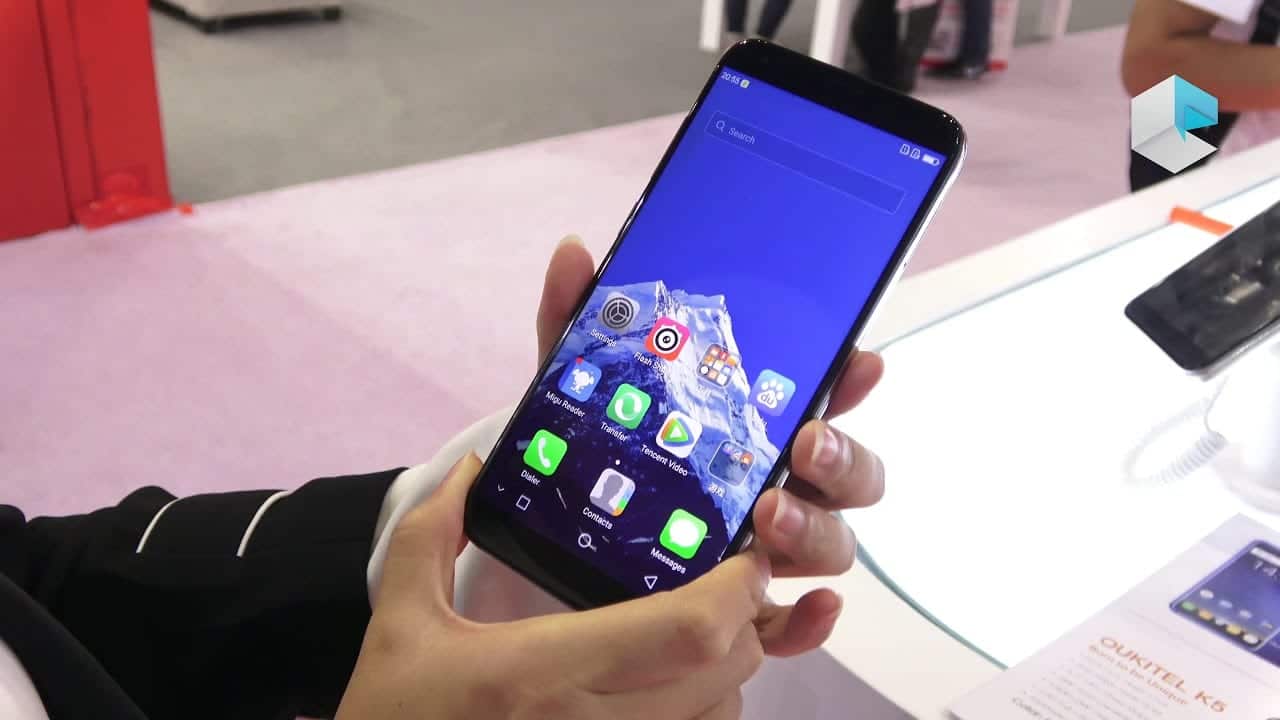 The OUKITEL K5 sports a 5.7-inch HD+ display on its 2.5D curved screen offering a 720 by 1440 pixels of screen resolution. OUKITEL goes bezeless on the K5 delivering an infinite display of 18:9 aspect ratio and its pixel density is a decent 282 ppi.

The smartphone flaunts a well-polished shiny skin with 3D Modern space design and an enchanting IML craft to match its sleekness. The device is comes in Jet Black, Ceramic White and Peacock Blue hues. The fingerprint scanner sits right under its rear camera setup, the right frame carries the physical keys(power button and volume control keys). The smartphone is slim and would be very comfy sitting in your hand.

Under the hood, the OUKITEL K5 is powered by a quad-core MT6737T processor running at 1.5GHz of clock frequency with mali-T720 GPU fueling graphical operations. The chipset runs on a decent 2GB of RAM serving up a decent user experience. The OUKITEL K5 possesses 16GB of internal storage which is expandable upusing a microSD.

The smartphone sports a Dual rear camera setup that features a 13MP plus 2MP scanner with Dual-LED Flash for quality images in low-light conditions. The front camera on the other end carries a decent 5MP shooter for selfies.

The smartphone runs on Android’s Nougat 7.0 Operating System out of the box.

Availability and Price of OUKITEL K5 in US & China

The availability and price details of the OUKITEL K5 is yet to be announced.