Here is another smartphone from Philips. This one is Philips S397 which almost appears as the S361 edition. These were dropped in this same month of July 2019 as 4G Android Pie phones. However, out of the two mentioned, this Philips S397 seems to be more powerful in some aspects and weaker in others. Let’s see what we mean in this review.

Design and Display of Philips S397

Although this phone comes as plastic phone, it is strong enough and when you look at it, the dimensions are 73 x 153.8 x 8.5 mm, while it weighs 152 grams. There you can see it is a fairly large device, but not so large. The color of the phone is gray and that’s the only one. That isn’t enough to attract those who love beauty in many facets.

Display features of Philips S397 are among others, IPS technology, capacitive touchscreen with multi-touch feature. Screen size in this device is 5.72 inches with 720 x 1440 display resolution. Display colors are 16 million and there is no secondary display at all. Going further, pixel density is 281 ppi. Screen to body ratio is 75.45 percent.

The Philips S397 has cameras that are moderate and there are just two of them; one to the rear and one to the front. At the rear we find 12.58 MP. The image resolution is 4096 x 3072 while the video performance is 1920 x 1080. Also, the front side has a selfie camera of 7.99 MP. The camera is fortified with single LED flash and many other nice features from this department, such as geotagging, HDR, ISO settings, white balancing and others.

This device comes with Android OS v9.0 Pie. I can’t say whether this will upgrade to Android 10 or not. It lives on custom user interface. In addition to that, there are hardware parameters that include Unisoc SC9863A chipset with a CPU frequency of Octa core 1600 MHz, and the GPU is PowerVR GE8322. This is quite more like its sister device. 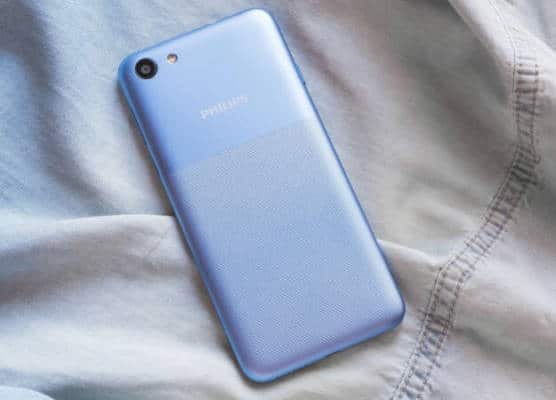 Storage of Philips S397 there is memory 2GB of RAM that is not able to increase no matter what. You can store your games, music, movies, have it your way in this smartphone. There is also 16GB ROM to take things further. There’s also memory card slot to boost storage further externally. On the other side, the sensors in this device are proximity, light, and accelerometer, and fingerprint.

The Philips S397 is indeed a 4G Android smartphone that’s able to work simultaneously with networks such as 2G, 3G, and 4G. Speed compositions in the device are very much variant and that shows the ability of the smartphone to serve under various network situations. Even further, two nano SIM cards are available to carry out connectivity operations. Other network connectivity components are Wi-Fi, hotspot, Bluetooth v5.0, GPS, A-GPS, FM radio, USB 2.0, headphone jack and other components.

Powering the Philips S397 is a non-removable Li-Po 3000 mAh battery. This phone lacks wireless charging and fast charging options. Similarly, the battery can’t be a good backup for the phon. The talk time is up to five hours.

The price of Philips S397 is approximately $125. Of course, when you look at the features you know this is very cheap but you may not always get it for this price. It is readily available and has been released and is available at shopping stores as from the month of July 2019.

Where to Buy Philips Phones