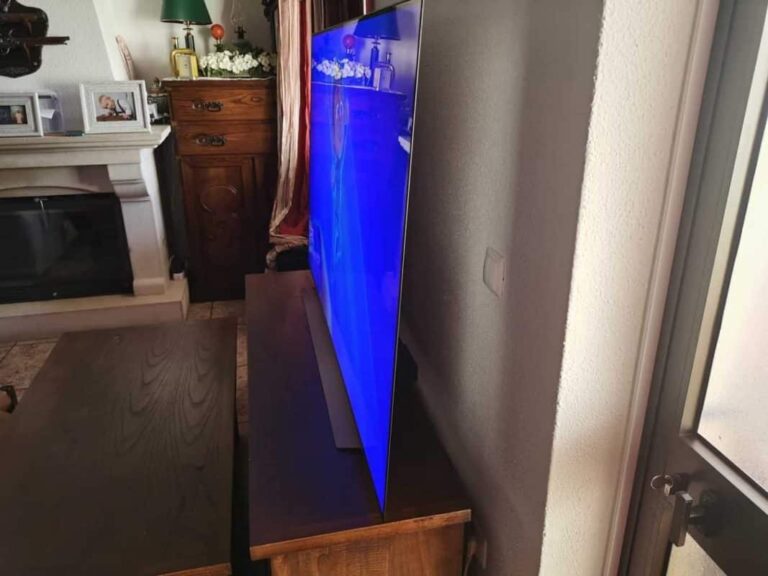 As you may know, although almost the entire range of Samsung Galaxy smartphones has OLED screens, the South Korean giant opted not to bet on this technology in the world of TVs, leaving OLED TVs only and only to the clutches of rival LG.

However, it seems that things will start to change as early as next year when Samsung is planning to launch the first products based on a kind of fusion between the best that QLED (Quantum Dot) and OLED have to offer… Make room for Samsung QD-OLED TVs!

So it looks like Samsung Display and Samsung Electronics have agreed to launch the first QD-OLED TV as early as next year!

But what is QD-OLED?

If you have no idea what we’re talking about, QD-OLED is a hybrid design that tries to bring the best of Quantum Dot and the best of OLED to a single product. That is, achieve the brightness and colors of QLED TVs, and the depth of blacks of OLED TVs.

A very interesting move on the part of Samsung, but it also seems a little strange … After all, the company seemed quite focused on Mini-LED and MicroLED, stating more than once, that these would be the technologies of the future.

In fact, the new Samsung Neo QLED should hit the shelves in the coming weeks! First range based on South Korean giant Mini-LED technology.

However, this may not be a simple change of direction! Rather, taking advantage of the state of the current market.

In this way, in addition to increasing the product range, in order to meet all demand. Samsung also gets its feet wet in different market segments.

After all, due to the COVID-19 pandemic, demand for TVs has increased dramatically. Especially for the sides of Samsung, which is the biggest seller of TVs on the market.

In short, nobody really knows what this is going to do, whether the QD-OLED is going to be a big bet for Samsung, or if it will only be used to test the waters. But imagine that LG now saw itself as a new rival in the OLED world? The thing would undeniably be very interesting, and most likely, many of the manufacturers that buy from LG (like Sony or Xiaomi) would be tempted to jump on the Samsung boat.

Furthermore, what do you think about all this? Share your opinion with us in the comments below.