Realme XT is expected to launch anytime in the month of September 2019 (expected 13th) with impressive features such that you will find below. The phone will come with waterdrop notch, having good battery performance and display features that mirrors a mid-range smartphone showing. A major standout of the phone is the four cameras put at the rear. That’s a big feat for Realme as this is mostly found in other top class smartphone manufacturers’ products.

As one can expect, the Realme XT smartphone comes out as a fingerprint smartphone. Dimensions are 158.7 x 75.1 x 8.5 mm inches. It weighs 183 grams which takes into account the battery size and weight. It is not a waterproof mobile device.

This is a Super AMOLED capacitive touchscreen smartphone as seen at the display, which is able to handle 16.7 million colors at the display. Going further, the size of the screen is 6.59 inches, while the screen resolution is found to be 2340 x 1080 pixels. There is also 403 ppi pixel density, and for protection purposes, there is Corning Gorilla glass 5 screen but the screen to body ratio is 84.18 percent.

This smartphone comes with five cameras; four at the rear and one at the front. The main camera to the rear is 64 MP, while supporting cameras at the rear are 8 MP, 2 MP, and 2 MP. These cameras on Realme XT arrive with features such as auto flash, Artificial intelligence, Bokeh effect, ISO-CELL,  touch to focus, HDR, and panorama for the main camera. However, the selfie camera is a simple 16 MP lens. 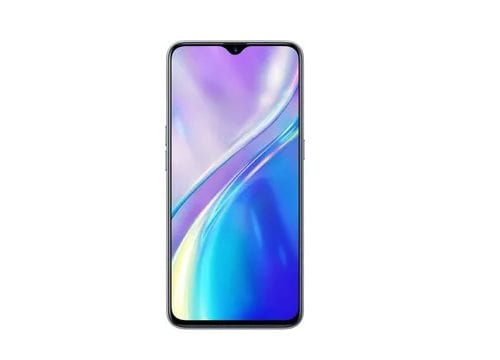 The hardware features of Realme XT are as follows; it comes with the latest Android 9.0 Pie living on Color OS user interface. Qualcomm Snapdragon 712 chipset is seen at the performance department. In addition to that, the CPU is Octa-core, while the GPU is Qualcomm Adreno 618. The architecture is 64-bit.

Furthermore, this mobile device is empowered with 4GB of RAM that cannot be expanded. The internal storage is 64GB which means that Realme XT is able to cater storage needs of people who store up a great deal of files on their phones, to some extent. The internal storage of Realme XT can be increased to 256GB. There are four sensors in the device and they include proximity, accelerometer, on-screen fingerprint, and ambient light.

For network and connectivity usage in the Realme XT, the smartphone is equipped with GSM, UMTS, and LTE. But more than that, it is a 4G Android phone that can speed up to 2300 TD-LTE. It operates with 2G and 3G as well as with 4G LTE. Other components are NFC, 3.5mm headphone jack type,

Powering the Realme XT is a non-removable Li-Ion 4000 mAh battery. The mobile device has no wireless charging but there’s fast charging support. I trust this smartphone to offer the user backup support for two days on modest use.

The official price of Realme XT smartphone is approximately $240 and may soon be confirmed, seeing that the smartphone will be released two days from now.

Where to Buy Realme Phones