In April, the benchmark marks an Android Go device sliced into the arena. This sliced Samsung SM-J260G device may be launched in Malaysia according to the Sammobile report. Aside from Malaysia, it will also be launched in several other Southeast Asian countries such as Thailand and Singapore. 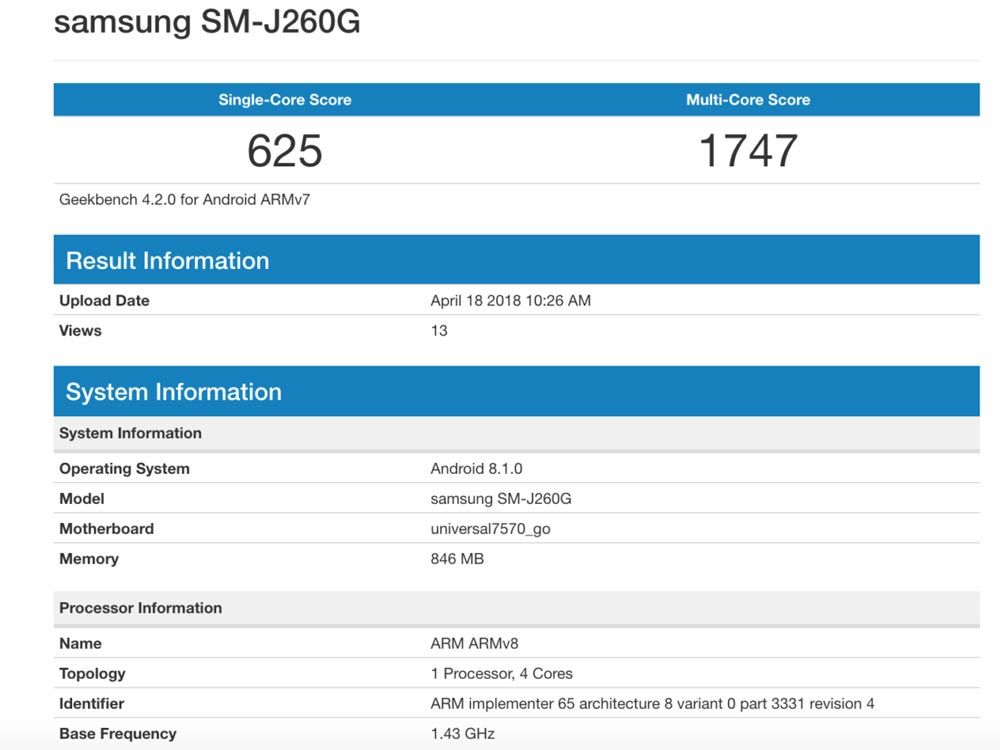 This launch is seen as a test to see if there are markets for their Android Go devices. Because it’s Android Go device, it will not use the Samsung Experience Launcher. In addition to Southeast Asia, devices will also be launched in South America and Europe.

The Samsung SM-J260G is equipped with 1GB of memory RAM and the Go Edition Exynos 7570 processor. It’s definitely a very basic startup device. As always, responses to devices like these are largely dependent on their selling price.