During LG’s participation in the IFA event in Berlin, LG unveiled its new LG V30, which has been very popular since its launch. Thanks to the excellent features announced during the conference, the f/1.6, which is currently the best lens slot for smart phone cameras. The launch of this new phone significantly decreased the prices of other LG phones to the lowest level ever, specifically the LG G6 and LG V20. The LG G6 on the eBay decreased to $288 while the V20 decreased to $400 but through a temporary discount rather than official prices and are available in stores.

About the LG G6 Phone

The LG G6, launched last April, is one of the best phones launched this year. The phone comes with some excellent features, particularly regarding its camera setup. It comes with 13 megapixels with a f/2.4 lens accompanied with LED flash; the camera supports 2160 pixels of video at 30 frames per second. For selfie enthusiasts, the phone comes with a 5-megapixel front camera.

The phone is pre-installed with Android Nougat 7.0 operating system and works with the processor of the 8-class Qualcomm Snapdragon 821, alongside includes 4 GB RAM. In addition to the internal memory sizes 32/64 GB, there is a microSD memory card slot that can accept up to 256 GB. 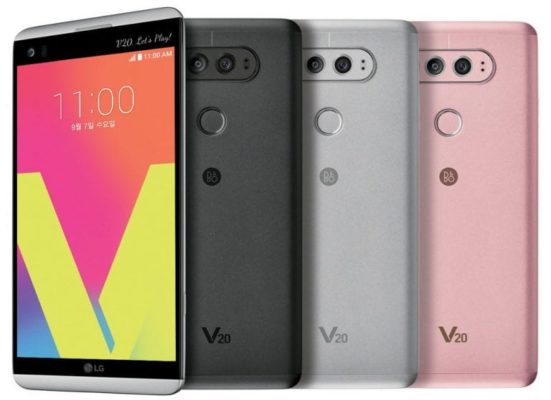 One of the most recognisable features of the LG V20 smartphone was its Android 7 OS, and it also features two main screens, just like the LG V10 launched the year before it, with the first measuring 5.7-inch and second measuring 2.1 inches in size. The V20 comes with a 20-megapixel dual-back camera and 8-megapixels front camera.

The IPS LCD main screen, which in turn supports 16 million colours and works at 1440 x 2560 pixels at 513 pixels per inch, which translate to crisp display. The display supports multitouch, glass-protected Corning Gorilla v5.

The LG V20 is pre-installed with the Android Nougat 7.0 operating system. The processor is an 8-core Qualcomm Snapdragon 820, in addition to that, Adreno 530 handles the graphics part, the phone also includes a 4 GB RAM and internal memory sizes 32/64 GB, depending on the version. The phone supports microSD cards up to 256GB. All these are juiced by a 3200mAh battery that supports fast charging technology.