In the field of wearable devices and wearables, Xiaomi has become one of the most important brands due to its smartwatches made in partnership with Huami, such as the recent Xiaomi Huami Amazfit 2; In addition to them we also know their series of intelligent MI bracelets with competitive prices and functions, which have had incredible sales in this field of the market. It is worth remembering that the first generation Xiaomi Mi Band and the Mi Band 2 have had an excellent reception since they have not only sold well in China but also around the world. And to please many impatient fans, it seems that the company is soon preparing to satisfy us with the new Xiaomi Mi Band 3. 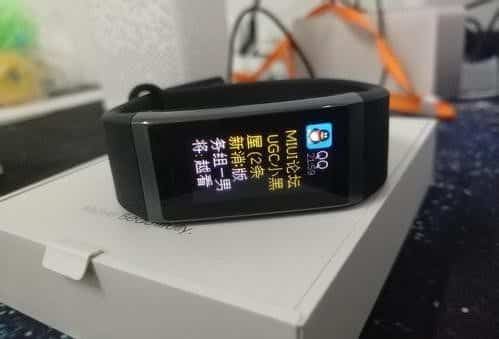 What do we know so far about the Xiaomi Mi Band 3?

Currently, the Xiaomi Mi Band 2 is the latest addition and has been on the market for more than a year. However, news about the Mi Band 3 has already been revealed, and everything indicates that its official launch will be announced soon. According to information circulating on the network, the Xiaomi Mi Band 3 would have Bluetooth certification, although this is not 100% safe and only uses leaks that, as always, may be true or not. Still, there is some other news about Mi Band 3 from which we can get some more concise information. 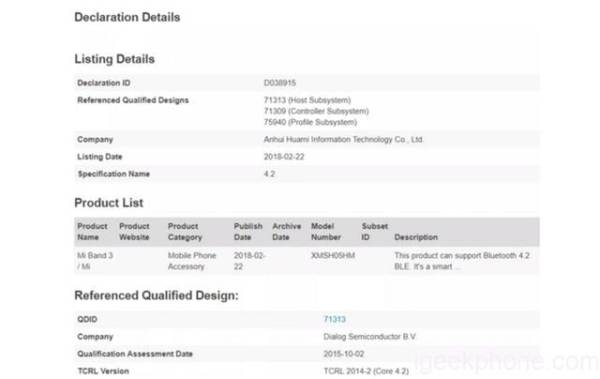 According to the images, the Xiaomi Mi Band 3 model is the XMSH05HM, which can support Bluetooth 4.2 LE, produced by the company Huami. As for its functions, it will have OLED screen to show the time, heart rate, pedometer, calories, sports support pedometer, sleep monitoring, sedentary reminder, heart rate monitor, phone call reminder, alarm clock, free passwords payment, etc.

The best life for your exercise partner

Also, the Xiaomi Mi Band 3 will add very valuable exercise data because it will be equipped with advanced sensors to get more information about the exercise. On the battery, the smart bracelet may come with a capacity greater than that of Xiaomi Mi band 2; it is estimated that it could be more than 70mAh, so its lifetime could be up to 40 days. Finally, the price will remain a mystery until there are no official announcements about it.