There have been rumors all around for a while now about Tecno’s upcoming CAMON smartphone without bezel. However, the company silently launched a bezeless Tecno Camon I smartphone for the Indian market.

Below are the key specs of the Tecno Camon i smartphone:

Now the good news is Tecno Mobile Nigeria has officially uploaded photos of a new device on their website and official Nigeria Facebook page. The images have an 8th January 2018 launch date on them. Is this not THUNDERful? Of course, it is. The new smartphone will come under the moniker Tecno Camon CM – also known as Tecno Camon CMore. The Tecno Camon CM will be next generation of Tecno Camon CX which was released last year. This device has been on the wait list of many Tecno fans after the release of the Camera focused Camon CX and CX Air of 2017 with high price tags and of course their flagship Phantom 8 and 8+. 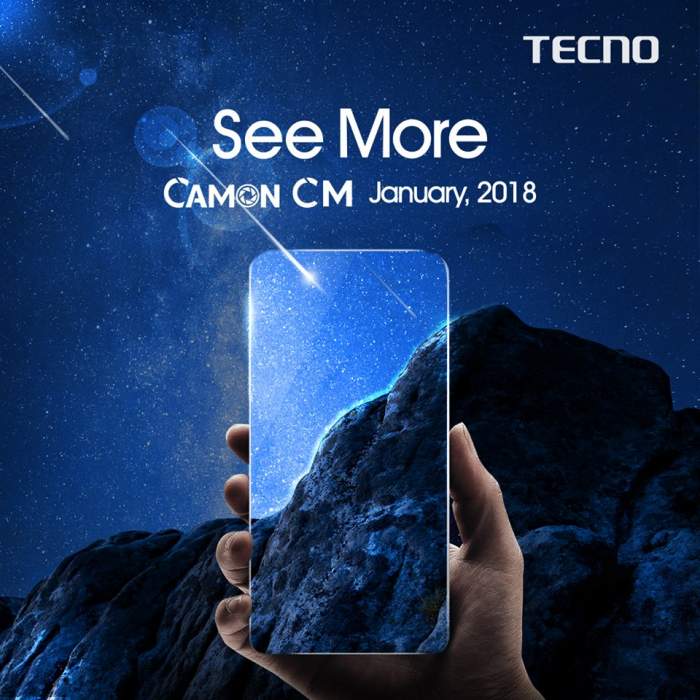 Last three years, we have experienced the safe landing of the Tecno Camon C8, the phone that made Tecno gain more grounds and weight in Africa especially in Nigeria. This was later followed up by a ‘Selfie Phone’ which is the Tecno Camon C9, with whopping 13MP front and back camera. We also got the Camon C9 Pro and Camon C7, which aren’t bad at all before it gets to the Camon CX phone equipped with a 5.5-inch Full HD display with IPS touchscreen technology and an impressive screen resolution of 1920 X 1080 pixels which ensures that any videos you watch will be of good quality and your photos will look amazing from your phone screen.

The Camon CX also has 16MP camera both rear and front and with fingerprint positioned asymmetrically to the rear of the phone. Its hardcore system on chip is made by MediaTek and runs Android 7.0 Nougat OS. The internal memory RAM is 2/3GB and 16/32GB ROM. Just to mention a few.

This brings us to all specifications and features of the Tecno Camon CM smartphone. 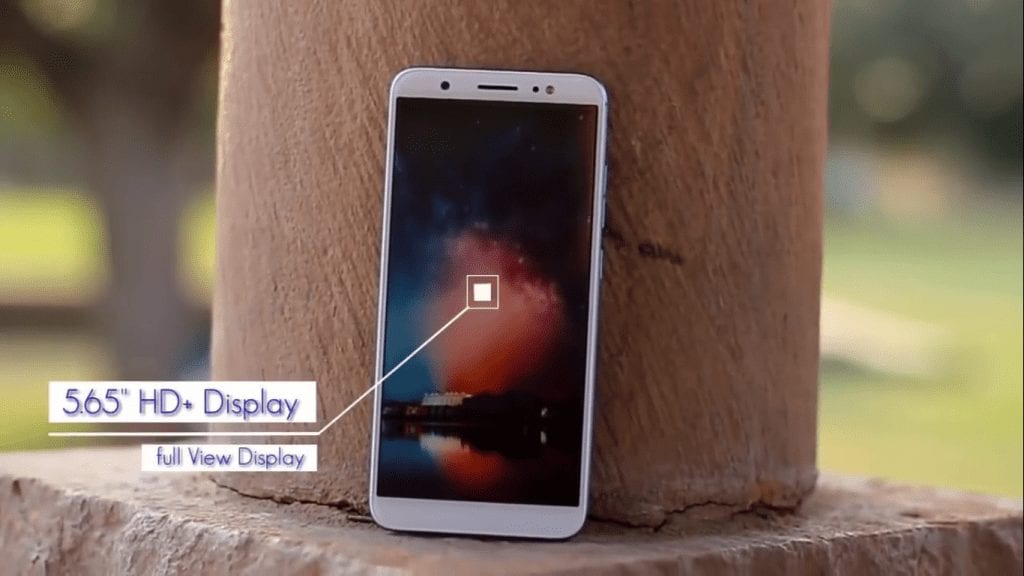 Tecno Camon CM sports a 5.65-inch Full Vision display screen dishing out an 18:9 aspect ratio with 720 x 1440 pixels resolution which is very poor since the screen has gotten bigger than the previous Camon CX. This puts it at the same resolution and pixel density as its predecessor.

Camera and photography has always been the strength of the Camon series and with a 13 megapixels camera on the back, the Tecno Camon CM is carrying on the legacy, but with a little downgrade when comparing with Camon CX. The C9 also came with a 13MP camera. So, if raw specs is anything to go by this new camera should offer some improvement. 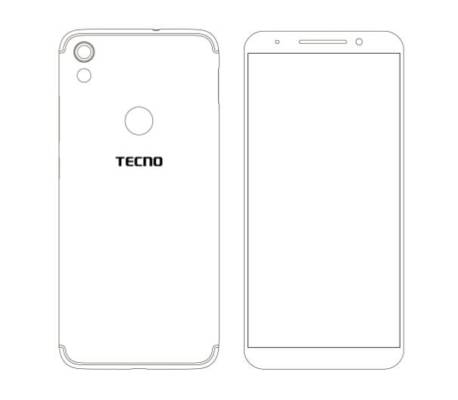 The year 2017 was a hit for most smartphone manufacturer; many Chinese companies including VKworld adopted Apple’s bezeless screen style after the launch of its iPhone X. Although, the design was not invented by Apple. Now, Tecno has joined the big game of bezeless devices starting with this 2018 Camon CM. 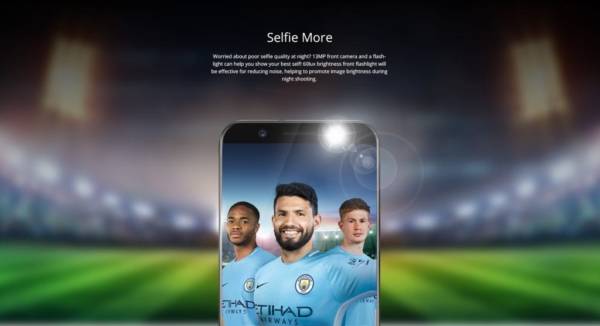 Tecno Camon CM sports an equally impressive 13 megapixels selfie camera with f/2.0 aperture and a dedicated LED flash on the front. This means both cameras are bound to be great for photography and selfie enthusiasts. The rear camera features a quad-LED Ring flash for clearer photos in low light environments.

The company published a video and photos of a device with no side frames depicting that the smartphone selling point will be its screen. Watch video and see images below:

Coming to the hardware and software of the device, it runs Android 7.0 (Nougat) with HiOS on the Mediatek MTK6737H Quad-core chipset clocking at 1.3GHz. The smartphone has 2GB RAM and 16GB internal storage. It supports up to 128GB microSD memory card.

The Camon CM will also have a 3GB RAM and 32GB ROM variant which was spotted online, this variant is said to be available in the Middle East but about to confirm if this will be available in Africa too.

Tecno Camon CM has a fast fingerprint sensor that unlocks your phone in as little as 0.1 second. Tecno Camon CM supports 4G LTE on all LTE networks in Nigeria including Glo, MTN, NTel, Etisalat, Smile, and InterC.

Tecno also revealed how the USB panel looks like inside the phone. Certainly, a USB type-C port will accompany this smartphone. 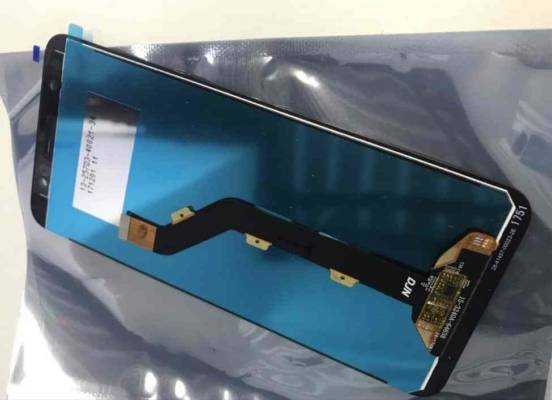 At the Power department, Tecno Camon CM houses same 3200 mAh Li-Polymer battery as found on Camon CX, which is said to feature a light speed charge, The Chinese OEM is saying that an hour charge of the Tecno Camon CM can give you up to 70% of battery juice and also, 10 minutes of charge can standby for a whole day. The device is also said to have a super screenshot, not really sure what this feature is all about but it sounds a bit interesting.

Tecno Camon CM is currently not available in Nigeria, Ghana, and Kenya. It is expected to be available for purchase in Nigeria around mid-January and will retail for around N50,000-N55,000 if the information we got is anything to go by.

The Tecno Camon CM will launch in 22 countries across Africa, including Nigeria, Kenya, Ghana, Egypt, Cameroon, Tanzania, Uganda, Rwanda, among others. It will also launch in the United Arab Emirates (UAE).

Where to Buy Tecno Camon Phones & Pay On Delivery

Please Share & Comments! TechVaz wants to hear from you. Show us some love by commenting in the comment box below…