The specifications and features of the Tecno i5 and i5 Pro are basically the same, except for some differences in the storage aspect.

Tecno i5 & i5 Pro Specifications, Review and Highlights

Both smartphones use capacitive navigation buttons and a physical home button into which an anti-oil fingerprint sensor is embedded.

Both smartphones use quad-core MediaTek 6737T processors with a cock frequency of 1.5GHz. Details about their graphics processors aren’t known.

A 13MP camera with a LED flash is present at the rear of the Tecno i5 smartphones for taking quality pictures, and selfie-lovers are well-taken care of with a 8MP camera (also with LED flash) upfront.

The Tecno i5 & i5 Pro pack 4000mAh batteries which are capable of lasting a whole day, even on heavy usage. The phones sadly don’t come with Tecno’s new Rocket Charging fast charging technology which guarantees a 20% faster charging time than regular charging.

The Tecno i5 and i5 Pro run on Android 7.0 Nougat with version 1.1 of Tecno’s custom UI, HiOS layered on top with exta features and customisations. 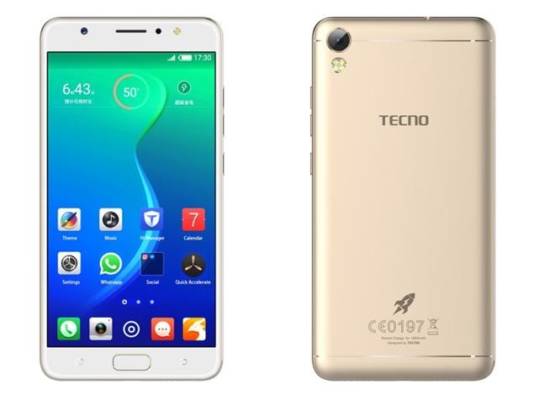 Availability and Price of Tecno i5 & i5 Pro in India & Nigeria

The Tecno i5 and i5 Pro are already available in certain cities in India in Champagne Gold, Sky Black and Space Grey colours.