Android has been one of the leading names in the sector of the operating system that have impressed millions of people around the world with the involvement of various advanced features. Flexibility is one of the best features of the Android operating system that has allowed developers to make several changes to make it even better. Most Android users today prefer to have a well-customized screen for a strong visual impact.

The launcher is one of the most excellent options because they have made customization very simple. Not only does it allow Android devices to adapt well to your style, but it also makes your device surprising and distinct from the crowd. So today we see some of the best 3D Launchers for Android.

TSF is one of the most popular 3D shell launchers for your Android device, which will amaze you with the involvement of the new 3D user interface and clean 3D animations to customize the home screen. It is a free 3D launcher for Android phones that includes ten exclusive 3D widgets that you can easily use to modify existing icons and folders.

The presence of the 3D screen switching mode is another nice option that makes the user experience even better. You can also take a look at SquareHome 2 Launcher from here, due to the presence of a very personal interface. 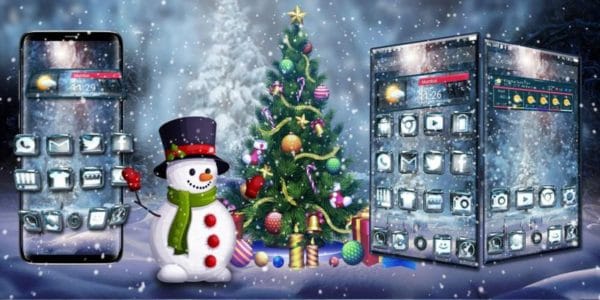 It is another of the most beautiful 3D launchers for your Android phone for which you don’t have to pay anything. The stunning graphics and a simple, interactive and intuitive interface are one of the best features that this beautiful 3D launcher offered to Android users.

The next Launcher is another well-known name in the Android world that offers free services for users. It is an extraordinarily beautiful and fluid app and offers a beautiful interactive 3D visual screen. It is one of the most excellent launchers for your Android devices and is currently available in over 50 countries worldwide.

For all those who are looking to have better 3D elements for their screen, customization offers, live themes and live wallpapers on the main screen, just choose Next Launcher 3D Shell Lite today.

It’s another lightweight 3D launcher for Android users that will impress many people around the world with the help of its small size (a few MB) and powerful features. If you are looking for a launcher capable of offering you the best 3D graphics and effects, it is one of the most excellent options you can choose today.

The launcher helps users customize their smartphones with the help of various advanced features such as resizing icons, changing orientation, customizable scrolling and much more.

Last but not least in the list of the best 3d Android launchers is MXHome. It’s really a nice 3D art launcher that will make your home screen stunning with different 3D effects, graphics and sound effects. Now you can quickly switch to your task manager and app management with just a few clicks.

It will not be a difficult task to find the best 3D launcher for your Android phone. A launcher not only changes your smartphone’s home screen but also adds a significant impact on your mood. We have summarized here the best five free and paid 3D launchers for Android devices, choose the one that fits your needs well.