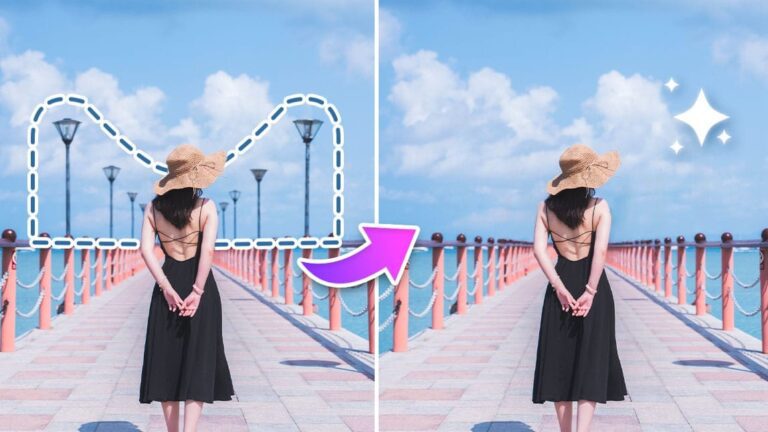 Easily get rid of undesired elements in your photos!

There is nothing worse than having to deal with photos that have been photobombed or photos that have unwelcome items in them. It’s possible to delete undesired elements from such photos using photo-editing software like Photoshop, but this isn’t an option for folks who aren’t familiar with the program.

Using specialised object remover tools to remove undesirable items from photos is an additional option. However, since most of these products aren’t very successful at their job and often leave pixelated stains behind, they aren’t a perfect solution either.

A viable alternative to both these ways is a web-based object erasing application called “Cleanup.pictures“. Here’s a guide outlining what Cleanup pictures is and how you may use it to remove undesirable things from your pictures.

Cleanup.pictures is an online application that allows you to remove distracting elements from your pictures. It’s available as both a free and a paid service. The free version only allows you to process photographs at 720p, whereas Cleanup Pro allows you to increase the resolution to 2K while keeping the original quality intact.

If you’re concerned about your privacy, Cleanup states it discards all processed photographs immediately after processing.

Cleanup.pictures is an open-source tool that uses LaMa (Large Mask), an open-source model from Samsung’s AI Lab, to automatically recognize and redraw the regions you pick in order to eliminate the items inside them.

The LaMA inpainting method is used by Cleanup when you pick an object to be removed from the image, whether it is a person or an object of any type. This algorithm effectively clears out pixels and restores them so that they appear in the background.

How to Remove Unwanted Objects From Photos With Cleanup.pictures?

Cleanup.pictures’ main selling point is that it can be used on any computer or mobile device, regardless of the operating system, because no software is required to be downloaded or installed.

As already said, if you’re on the free plan, your photograph will be downloaded in 720p. If you want it in higher resolution, you’ll have to upgrade to Cleanup Pro, which costs $5 per month or $24 per year.

At any point while editing, if you wish to compare your alteration with the original photo, click on the Original button at the bottom. To reverse a mistaken modification, use the Ctrl+Z (or Command+Z) keyboard shortcut or the arrow button next to Original.

Removing Unwanted Objects From Pictures Made Easy With Cleanup.pictures

Cleanup.pictures makes it easier than ever before to remove unwanted objects or people from photos, as shown above. And the best part is it’s free to use, which makes it even more appealing than some of the other object remover tools with high subscription fees.

Aside from removing unnecessary objects from pictures, Cleanup picture can also come in handy in scenarios where you want to fix pixelated images, clear the background, or flatten out wrinkled objects/backgrounds in images.